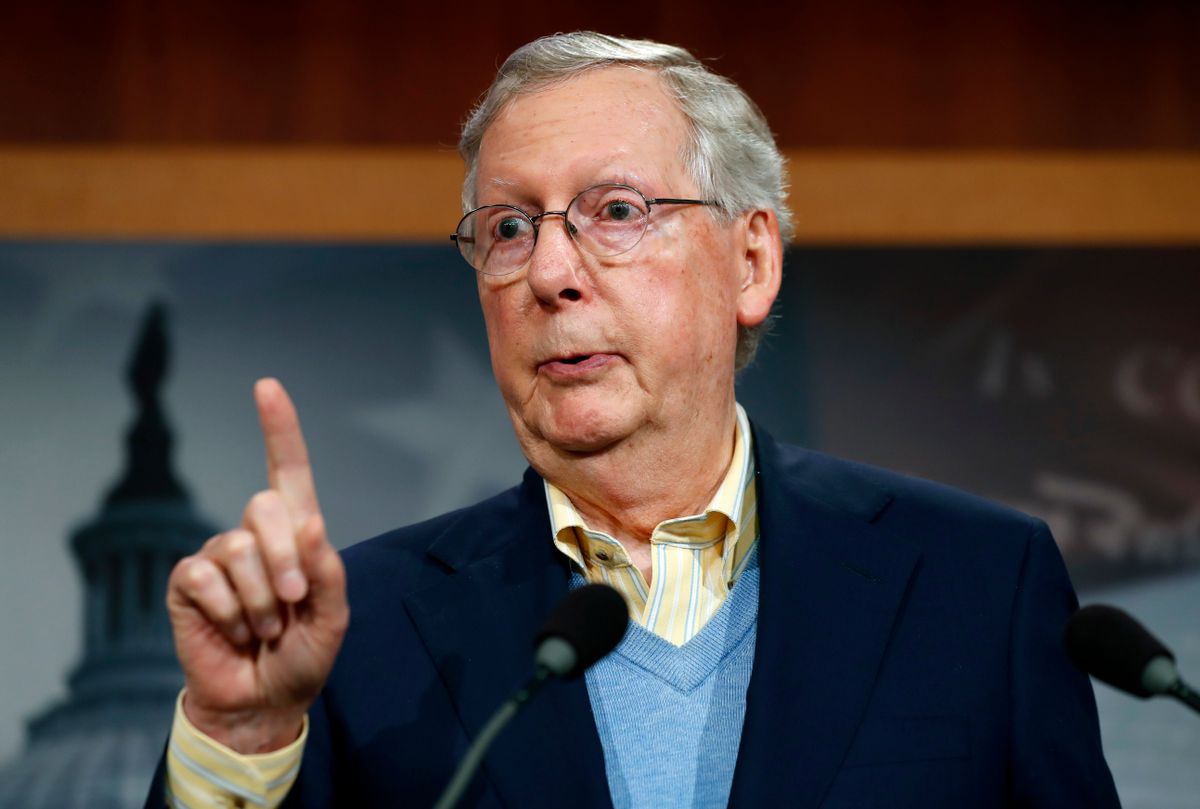 Facebook
Twitter
Reddit
Email
With President-elect Donald Trump soon to enter the White House and Republicans firmly in control of Congress, Obamacare's days are numbered.
"It's pretty high on our agenda as you know," Senate Majority Leader Mitch McConnell told Politico Wednesday. "I would be shocked if we didn't move forward and keep our commitment to the American people."
Republicans control both houses of Congress, and have made it clear since 2010 that they wanted to gut President Obama's signature healthcare reform bill, the Affordable Care Act.
"This Congress, this House majority, this Senate majority has already demonstrated, has already proven we’re able to pass that legislation and put it on the president’s desk," explained House Speaker Paul Ryan during a press conference on Wednesday. With Trump in the Oval Office, of course, the bill is expected to be signed instead of vetoed.
Though Republicans want Obamacare gone, they don't know how they want to replace it. Provisions like banning insurance companies from discriminating against people with preexisting health conditions and allowing children to remain on their parents' health insurance until they are 26 are very popular, and simply repealing it outright will strip millions of people from their affordable insurance programs. As a result, it's more likely that Congress will want to make small changes, such as eliminating the mandate requiring everyone to have insurance, creating tax credits to help individuals afford insurance and providing Medicaid block grants to the states.
Trump himself has offered a seven-point healthcare plan that seems to be more of a grab bag of Republican health care reform ideas than a consistent vision of its own. These include not only repealing the Affordable Care Act, but allowing insurance companies to operate in any state, establishing tax-free Health Savings Accounts, requiring price transparency from insurers and hospitals, and allowing the importation of certain foreign drugs into the American market.