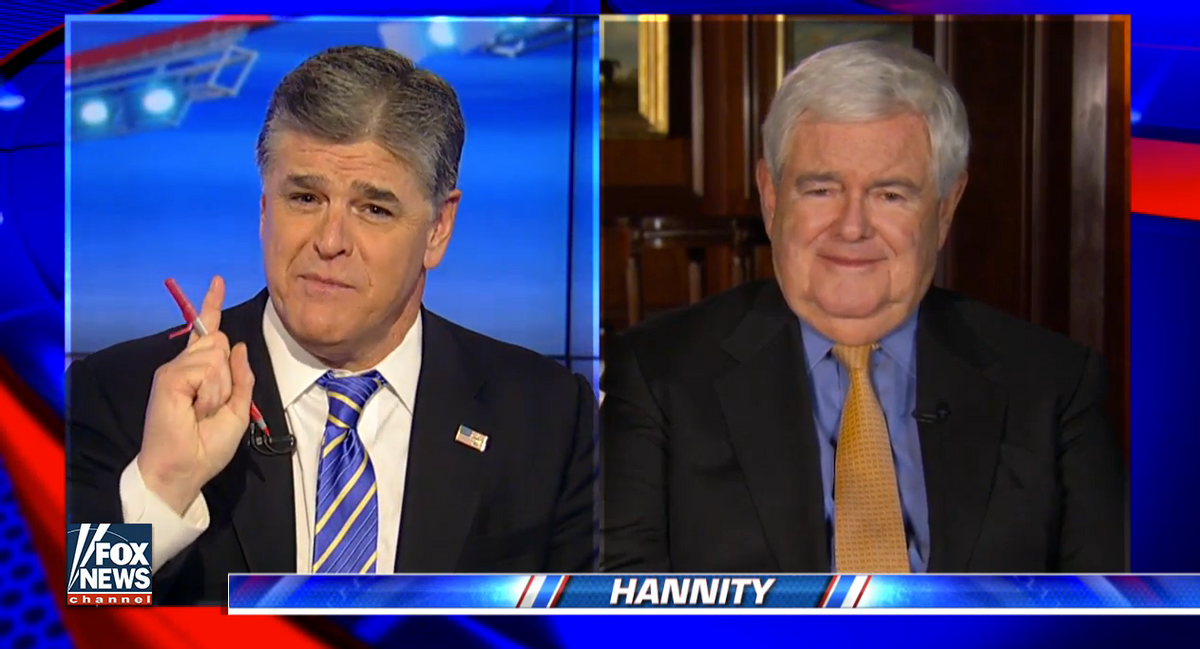 Sean Hannity and Newt Gingrich were ecstatic Wednesday night, gloating about the success of Donald Trump, saying that, "the eight years of Donald Trump are going to be among the most extraordinary, creative, inventive, exciting periods in all of American political history."

Gingrich is already predicting that Mr. Grab Them by the pussy is going to have two terms in the Oval Office.

But for Gringrich also warned against Republicans' cries for moderation, saying that anyone who wants to push back against a Trump administration would be pushed aside.

"The little whiny, sniveling, negative cowards that were never Trump-ers are beneath our paying attention to them," said Gingrich of the many Republicans who did not support Trump. He also said that they could "drift off into the ash bin of history." Hannity and Gingrich had a good, old-fashion rub-it-in-their-face session, decrying the "old-order Republican party" that Hannity said was "dead." Gingrich responded that moderate Republicans in the House and Senate would "offer honeyed word of subversion" and would try to compromise with Democrats. Gingrich said this kind of compromise would just interfere with the "movement to make America great again."