What can President Obama do before he leaves office?

The president has nine weeks left 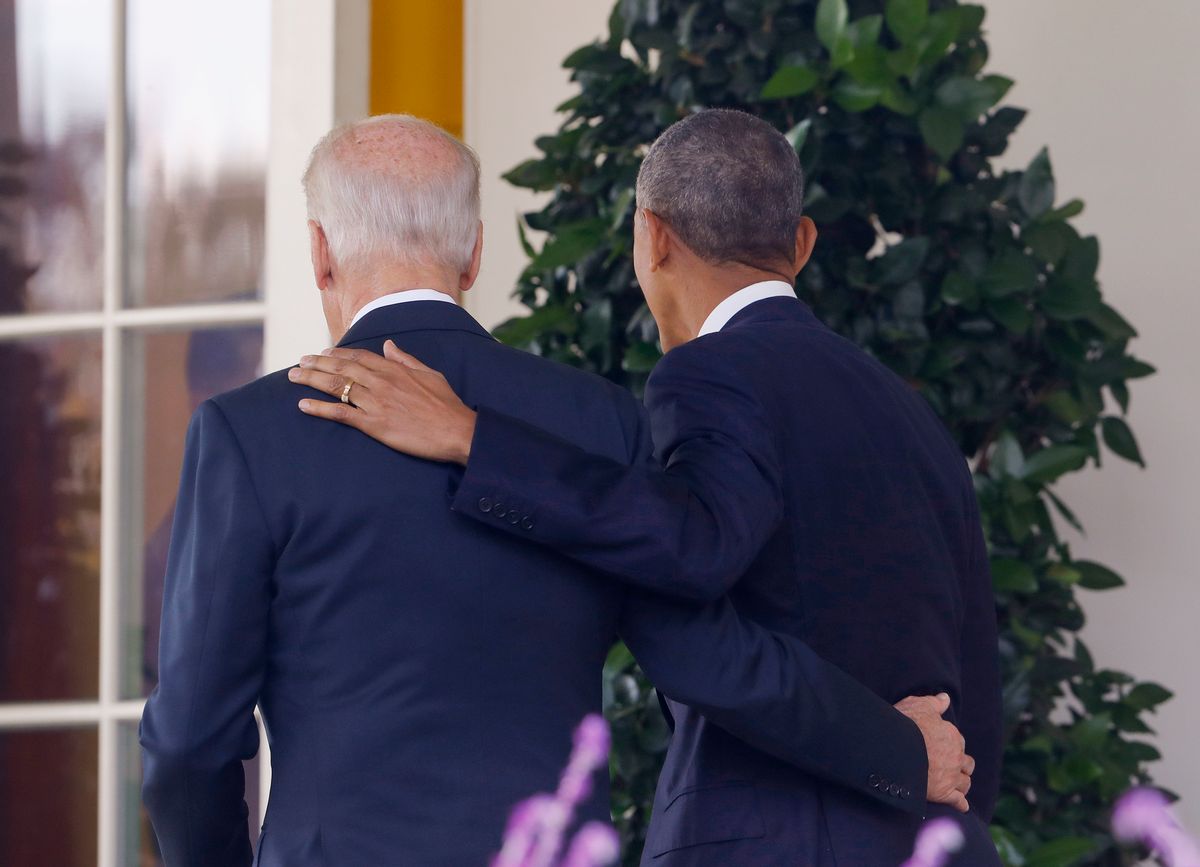 President Barack Obama and Vice President Joe Biden, with their arms on each other, walk back to the Oval Office of the White House in Washington, Wednesday, Nov. 9, 2016, after the president spoke about the election in the Rose Garden. (AP)
--

Barack Obama has 69 days left in his tenure as president of the United States — and before the Trump era officially begins. What is he going to do?

As The Washington Times explains, Obama has plenty of business to keep himself busy in the less than 10 weeks that he has left in office. He could issue rules on a number of important energy and technology issues, such as renewable fuels and methane, vehicle-to-vehicle communications (which would impact smart cars), and fuel efficiency. All of these measures would be intended to counteract Trump's presumed agenda, which is deregulatory and skeptical toward environmental protections.

Finally, there is the possibility of presidential pardons, which though not policy actions are at least irreversible. In this area, the most likely candidate for a pardon would be Hillary Clinton, who though not charged with a crime has been repeatedly threatened with incarceration by conservative Republicans.,Given that Trump vowed to throw Clinton in jail and has yet to walk back that promise, Obama may feel particularly compelled to save his former secretary of state from literal political persecution — which would explain why the White House is open to that possibility.