WATCH: Elizabeth Warren rallies voters, says "get out there and volunteer" to defeat Donald Trump

"We are not turning this country over to what Donald Trump has sold," she said "We are just not." 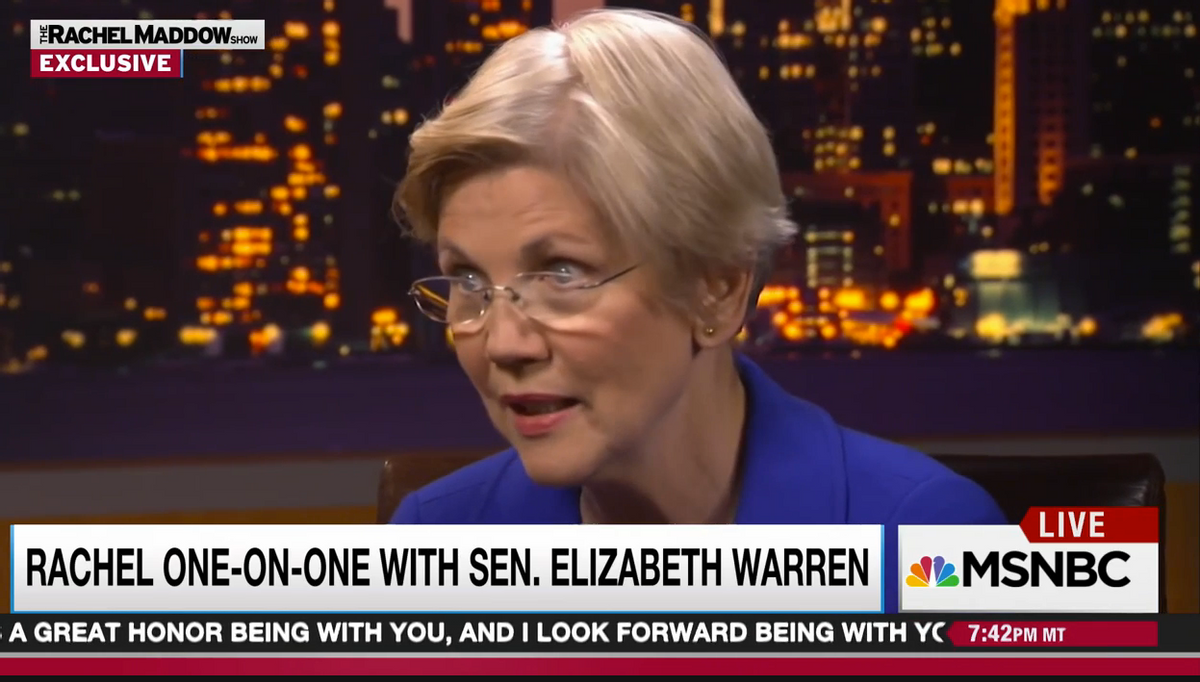 Despite president-elect Trump having called her "goofy," "Pocahontas," and "one of the worst senators in the entire United States Senate,” the Massachusetts Democrat sounded hopeful and ready to fight for the betterment of America under a Trump administration. In an interview with MSNBC's Rachel Maddow Thursday night, Sen. Warren shared her hopes and fears for the next four years.

"We are not turning this country over to what Donald Trump has sold.  We are just not," said Sen. Warren.

Warren said that the first way to fight back was to volunteer for organizations like Planned Parenthood, environmental organizations, and even immigrant rights organizations.

"Volunteering is a way to say we're making these groups stronger," said Warren.

Since Donald Trump was announced as president-elect Wednesday, human rights organizations like Planned Parenthood, Amnesty International, and the ACLU have threatened to fight against and even sue Trump if he dare to infringe on the rights of LGBTQ, Mexican-American, African-American, Muslim-American, and immigrant communities.

Sexual assault survivors struggle with the reality of a Donald Trump presidency. We see you. We'll fight for you: https://t.co/myiIVm88oo pic.twitter.com/dBE3nQW8v3

Warren told Maddow that every fight begins by clarifying "the places I'll help you" and "the places I will do everything I can to block you." She said she would work with Trump on economic reforms that "two-thirds to three-quarters of all Americans support," but would fight on issues like healthcare for the millions of Americans who are covered by the Affordable Care Act.

President-elect Trump has said repeatedly that on his first day in office he would ask Congress to repeal Obamacare.

"Man, we got some places there where we could overlap," Warren told Maddow. "Heck, you want to do things that really will help build a little more economic security in this country? Count me in. I'm ready. I'm ready to put aside all that. We don't have to tweet at each other about it. Let's do those things and make them happen."

Even so, Sen. Warren recognized the legitimate fears of the anti-Trump protesters in cities across America: "his entire campaign was fueled on racism and bigotry, attacks on women, attacks on African-Americans, attacks on Latinos, attacks on Muslims, attacks on people who were disabled.  I mean, it was one attack after another."

"On those core issues about treating every single human being in this country with dignity, on that we stand up and we fight back.  We do not back down.  We do not compromise, not today, not tomorrow, not ever," said Sen. Warren.