As Democrats clean their own swamp, the progressive Minn. congressman has emerged as a top contender for DNC chair 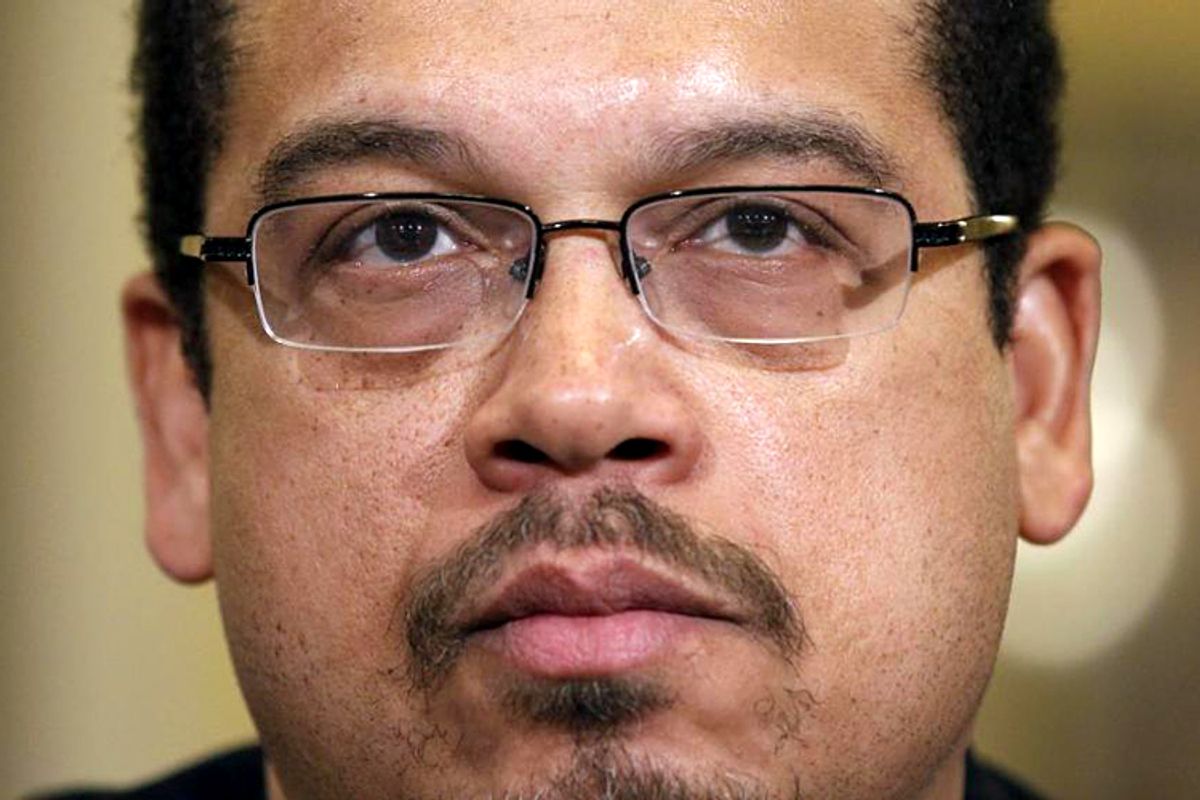 Two names have emerged from chatter of a DNC overhaul following President-elect Donald Trump's Election Day blindside. One candidate to take the reigns from interim chair Donna Brazile is Howard Dean, who chaired the Committee from 2005 to 2009;  The former Vermont governor announced his candidacy on Twitter:

Ellison is being backed by a big name among the Democratic left: Bernie Sanders, whose relationship with the DNC during the primaries was far from perfect, thinks Ellison will redirect the DNC's attention away from fundraising and towards working-class families.

"You can’t tell working people you’re on their side while at the same time you’re raising money from Wall Street and the billionaire class," the Vermont senator told The Washington Post. "The Democratic Party has to be focused on grass-roots America and not wealthy people attending cocktail parties."

Sanders called Hillary Clinton's defeat "a humiliation for the Democratic Party," noting that "White working-class people are deserting the party in droves."

"I think you need to clean house at the DNC, no question about it," Arizona Rep. Raul M. Grijalva — who co-chairs with Ellison the Congressional Progressive Caucus — told The Post. "You’re going to need a DNC that is not just a money collector and employment agency for consultants and pollsters. They have to be advocates, and not just conduits. The DNC should be both an organizing tool and an advocacy tool."

Rep. Ellison said he will announce on Monday whether or not he will run.

The 53-year-old Democrat has been in Congress since 2007, representing Minnesota's 5th congressional district, which encompasses greater-Minneapolis. He is African-American and Muslim — two demographies Trump's campaign threatened to marginalize in 2016.

He is pro-choice, pro-gay rights, and a champion of human rights. He was the second congressman to endorse Bernie Sanders during the Democratic primary, and endorsed Hillary Clinton in the general election.