Trump's stop-and-frisk fiasco: A terrible plan for fighting crime in Chicago (or anywhere) 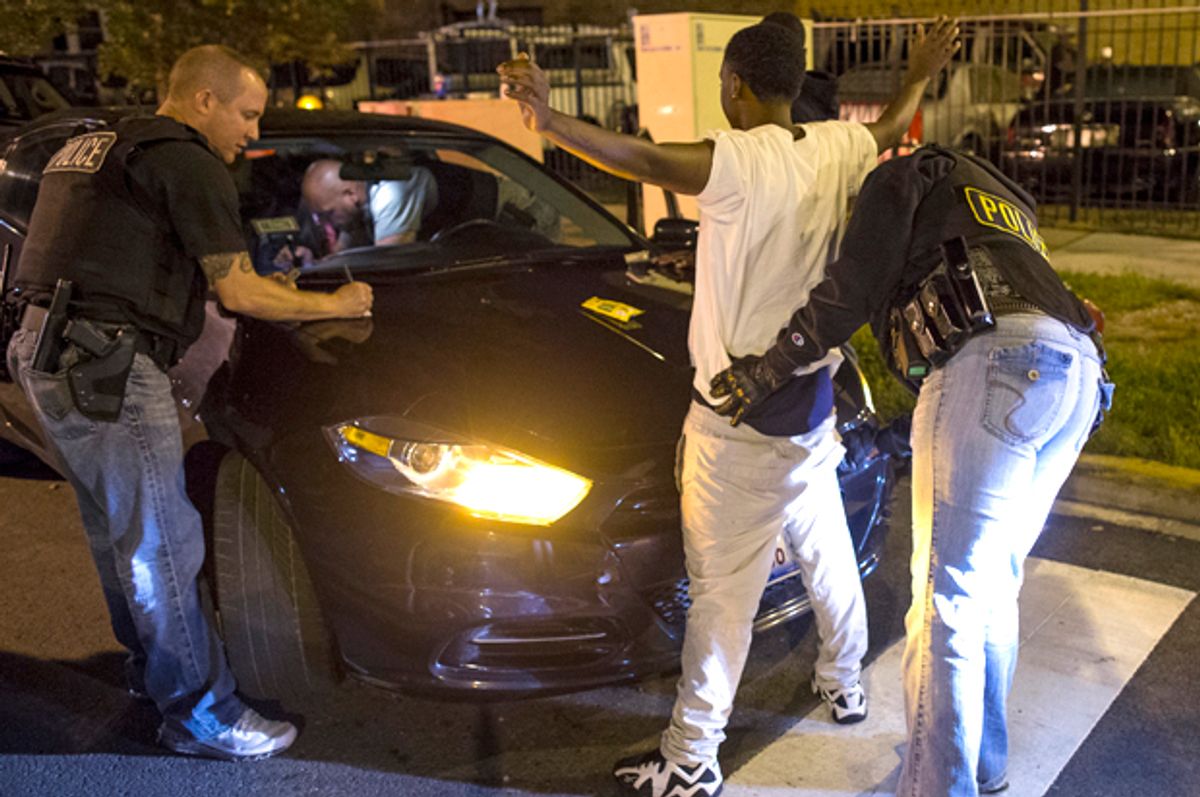 As Donald Trump's 2016 presidential campaign phantasmagoria of existential horrors continues to churn its way towards an uncertain conclusion, we find ourselves once again in the unenviable position of having to judge the merits of one of his policy proposals. At a town hall event hosted by Fox News’ Sean Hannity, Trump was asked by an audience member what his plan was to reduce “black-on-black crime.” His answer? Expand the use of stop-and-frisk policies, the policing technique that until recently was a point of controversy in New York.

The idea behind stop-and-frisk policing is that if an officer has a reasonable suspicion that someone on the street is engaged in some form of criminal activity, that cop can stop, question and search the person for weapons or other contraband.

The practice was aggressively pursued in New York under former mayors Rudy Giuliani and Michael Bloomberg, and Trump declared himself a fan of the policy. “We did it in New York, it worked incredibly well,” he said at the town hall. “I see what’s going on in Chicago. I think stop-and-frisk in New York City — it was so incredible, the way it worked.”

Trump later clarified that he was talking about implementing stop-and-frisk policing in Chicago specifically. “I think Chicago needs stop-and-frisk,” he said on "Fox & Friends." “How it's not being used in Chicago is — to be honest with you, it's quite unbelievable.”

As the Brennan Center for Justice has pointed out, when the number of police stops in New York plunged after the 2011 peak of 685,000, the overall crime rate remained steady, and the murder rate declined sharply at the same time as the number of police stops was trailing off. After a judge ruled that New York’s stop-and-frisk procedures violated the rights of members of minority groups who were disproportionately targeted, the city implemented new guidelines to bring the practice within constitutional constraints.

Another problem with Trump’s stop-and-frisk plan is that Chicago already has a long and fraught history with the practice. (In 2013, Trump tweeted that “Chicago is a shooting disaster — they should immediately go to STOP AND FRISK,” blissfully unaware that Chicago police had already drastically increased the number of police stops that year.)

The American Civil Liberties Union of Illinois put out a report in 2015 documenting that the rate of police stops in Chicago in 2014 was more than four times higher than that in New York’s peak stop-and-frisk year of 2011. The report also found that a huge number of stops had not been motivated by any reasonable suspicion, that officers were not properly trained in the practice and the city was doing a poor job of collecting data related to the stops. As was the case in New York, the ACLU discovered that the police were disproportionately targeting black residents, who “were subjected to 72 percent of all stops, yet constitute just 32 percent of the city’s population.”

Meanwhile, police data showed that increases in police stops in Chicago did nothing to help prevent gun violence or solve murders.

The value that Trump sees in aggressively stopping and frisking Chicago residents is that it will get guns off the streets. “They'll stop, they'll frisk, and they'll take the gun away," Trump said on Fox News. "And they won't have anything to shoot with.”

It turns out that he’s wrong on that score as well. Chicago implemented changes to its stop-and-frisk procedures after the Illinois ACLU threatened a lawsuit, resulting in a sharp decline in police stops beginning in October 2015. Since December 2015, the number of firearms recovered by police has been rising.

Lastly, we have to circle back to the fact that Trump proposed stop-and-frisk policies as a means to reduce black-on-black crime — an idea that has the dubious distinction of being not just ineffective but also actively counterproductive.

We’ve already seen that aggressive implementation of stop-and-frisk policies doesn’t help to reduce crime. It is, however, an effective way to promote and entrench feelings of alienation between law enforcement and minority communities.

“Increasing the number of stop-and-frisks will only further damage the relationship between the police department and the community,” the ACLU Illinois's police practices project director, Karen Sheley, told Salon. “We need to build a process where the police and the community work together to try to address the crime problem," she said. "Indiscriminately stopping young men of color isn’t the answer to get us there.”