Sizing up the election fury: While "change voters" have swept Trump into power, progressives scored wins in several states 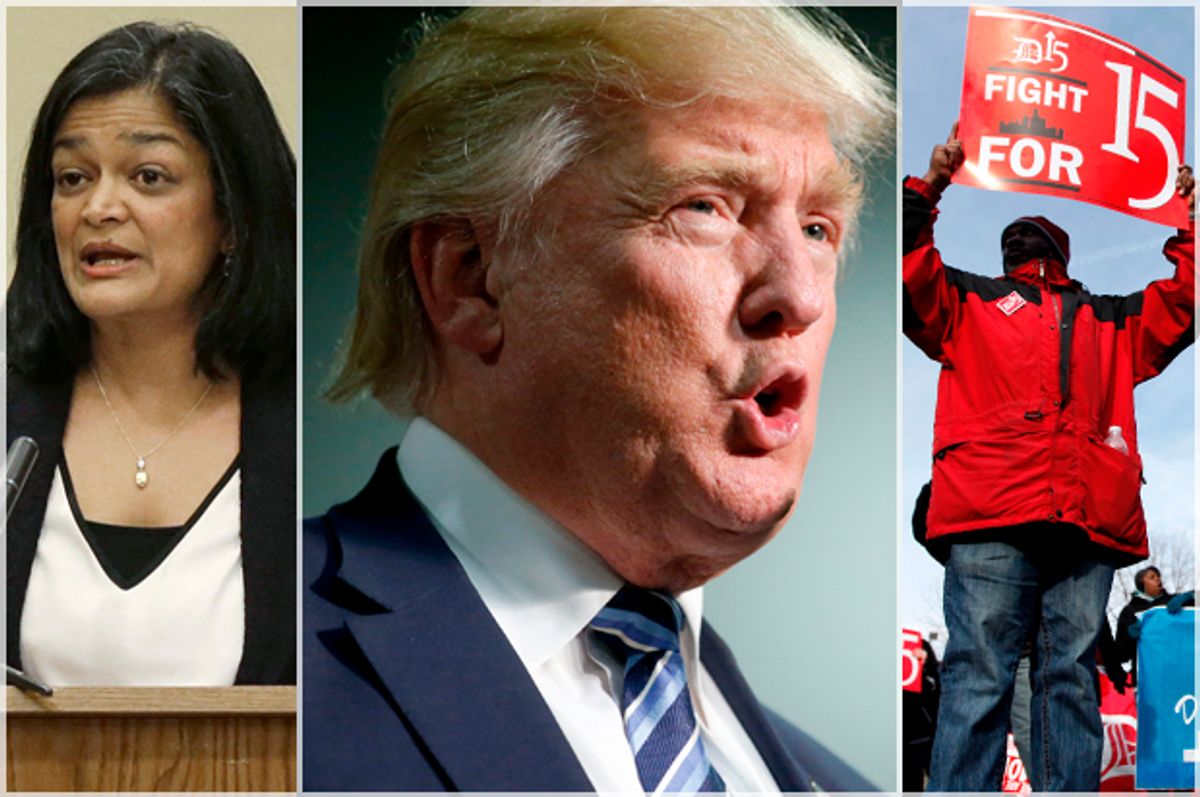 Buckle up friends, it's going to be a hairy ride.

Start with Day One for President Trump (gotta get used to saying that). He will need to be up and at 'em no later than 12:01 a.m., for during his campaign he promised to get oodles of big stuff done on his very first day in office, including the following: repealing Obamacare; beginning working on impenetrable, physical, tall, powerful, beautiful, southern border wall; meeting with Homeland Security officials and generals to begin securing the southern border; fixing the Department of Veterans Affairs; repealing every single executive order of President Barack Obama; suspending Syrian refugee resettlement; getting rid of gun-free zones in schools; ending the war on coal; defending the unborn; and starting to take care of our military. And he will convene top generals and inform them they have 30 days to come up with a plan to stop ISIS.

No. Trump was not elected on issues but on anger — a deep seething fury that the economic and political elite created by knocking down the working-class majority then callously stepping over its members as if they didn't exist. Exit polls revealed that most Trump voters don't think he's any more honest than Democratic nominee Hillary Clinton. (Only 38 percent of all voters had a favorable opinion of him, with only one-third saying he was qualified to be president.) Also, his voters disagree with much of his agenda (especially his grandiose wall across the Mexican border.)

But his core message — "the system is rigged" by and for the elites — came through loud and clear to them, so they grabbed him like a big bois-d'arc stick to whop the whole establishment on its collective head.

The major message from voters was "We want change." The Donald was the one most likely to shake things up (or blow things up), while Clinton clearly was the candidate of the status quo. As a West Texas farmer told me several years ago, "status quo" is Latin for "the mess we're in." So change voters, including those who would normally side with Democrats, cast their ballot for the Republican.

Indeed, on specific issues, voters around the country supported very progressive changes offered to them within a variety of ballot initiatives:

All four states that had minimum wage increases on the ballot passed them — in Arizona (59 percent in favor), Colorado (55 percent), Maine (55 percent) and Washington (60 percent). Plus, a South Dakota proposal to lower the minimum wage was rejected by 71 percent of voters.

Two states had initiatives calling for a constitutional amendment to repeal the Supreme Court's Citizen United v. Federal Election Commission decision that has allowed unlimited corporate cash to flood into our elections — in California (with 53 percent in favor) and Washington (64 percent voted "yes"). Also, 52 percent of Washingtonians voted for campaign finance reform that will provide public funding of elections in their state.

A Minnesota initiative to take away the power of state lawmakers to set their own salaries, instead creating a bipartisan citizens council to consider any increases, won a whopping 77 percent approval.

Trump is in the White House, but the takeaway from voters in this election is a mandate for progressive economic populism and more diversity among public officials.