Muslim in America under President Trump: We will endure this

I woke up on Nov. 9 to an unthinkable new reality, full of doubts about this country. But it's no time to retreat 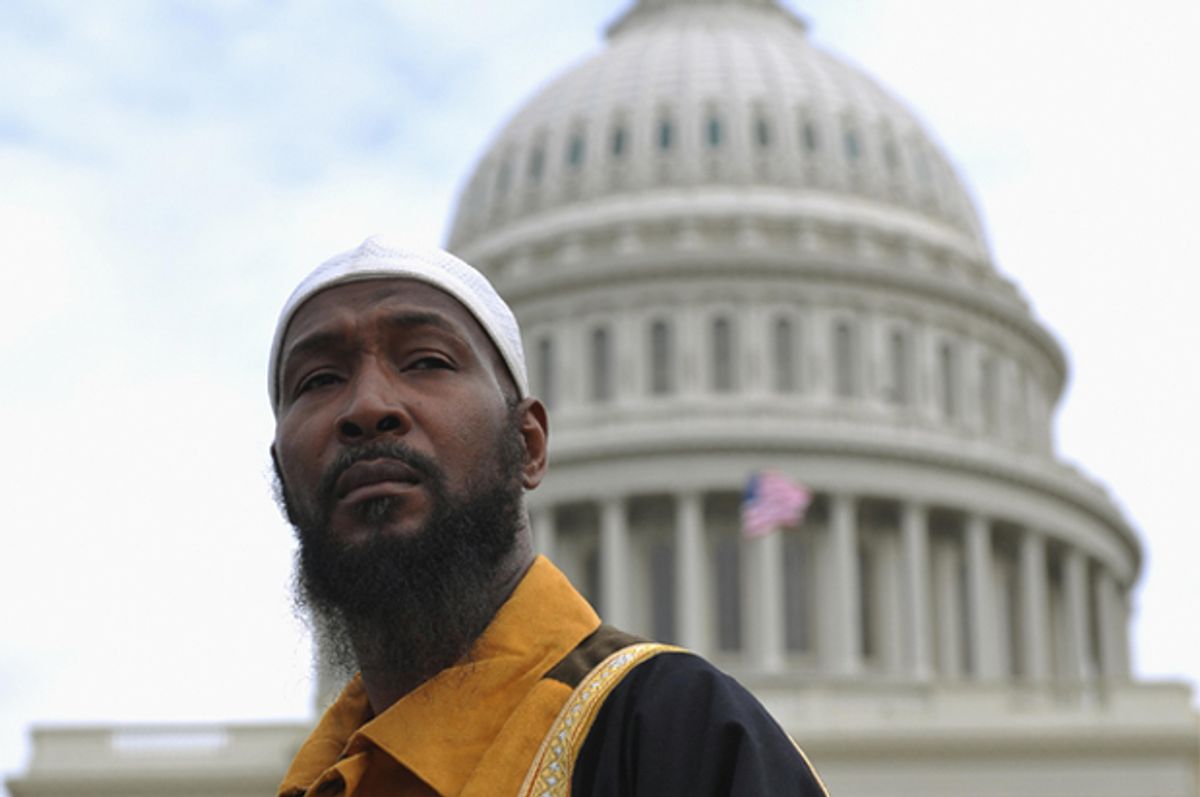 A Muslim man in front ot the dome of the U.S. Capitol during a prayer event (Getty/Mandel Ngan)
--

As votes slowly trickled in and certain states began to improbably turn red on CNN’s electoral map, the once unfathomable began to look inevitable: I would wake up on Nov. 9 as a Muslim in Donald Trump’s America.

The hypothetical jokes about Muslim internment camps and ID cards in a Trump presidency would elicit no laughter now. In this moment, there was only trepidation peppered with uncertainty as talk of a Muslim database and an immigration ban no longer appeared to be a thing of fiction.

There were 60 million people who had made this move from Trump Tower to the White House possible. And though it would be wholly unfair and negligent to deem them all Islamophobes, they made Trump president-elect despite knowing of the hate he peddled stridently like an unscrupulous salesman. This is what provokes the most despair for Muslims: At worst, Trump's voters condoned this sordidness to varying degrees; at best, they were apathetic to it.

By now, Donald Trump’s rap sheet as an Islamophobe is well known. As Moustafa Bayoumi writes, “this election has managed to cram all the Islamophobic sentiments of the last 15 years into the span of 15 months, and then morph them into one ugly thing.” In this time, Trump provided the most bilious fodder for large swaths of the country, which found legitimacy through his words for its deeply harbored suspicions of Muslims, and at times its visceral hatred for them.

As promised, Donald Trump shed any semblance of "political correctness" regarding Islam and its adherents early on in his bid to “Make America Great Again.” He called for “a complete and total shutdown of Muslims” entering the country, later substituting a more palatable but ambiguous “extreme vetting” policy to quell the furor over his unconstitutional immigration ban. He topped this all by saying, “I think Islam hates us.” Mixed in along the way were Trump's mention of the thoroughly debunked claim that Muslims in New Jersey celebrated the 9/11 attacks and his public feud with the Gold Star family of Captain Humayun Khan, who died in Iraq with the United States Army.

Khaled Beydoun notes that Trump “was willing to deliver Islamophobia in the blatant and brazen terms his Republican peers and predecessors would not fully commit to.” This was all in an effort to indulge parts of a disenchanted electorate that pined for this type of rhetoric. In the process, Islamophobia went from being one of many campaign issues to a central focus of Trump’s strategy. Hatred of Muslims proved to galvanize voters. It may well have won Donald Trump the White House.

But there was a cost in luring such voters.

We have learned in this election that words can sometimes be more harmful than sticks and stones. This is especially true if the words are capable of empowering a full spectrum of fascists, racists and bigots. Donald Trump’s language has done that, and more.

More hate crimes were recorded against Muslims in 2015 than in any year since 9/11. Incendiary election rhetoric, coupled with the rising sentiments of white nationalism and nativist bigotry it encouraged, ensured that 2016 would trend similarly.

But that was all before 11/9 happened. If Trump’s candidacy alone dehumanized Muslims, spawned suspicion and amplified calls for their exclusion, what will his presidency bring? As New Yorker editor David Remnick writes, “Trump was not elected on a platform of decency, fairness, moderation, compromise, and the rule of law; he was elected, in the main, on a platform of resentment.”

Hate may now be enshrined in laws and policies. Mention of Trump’s Muslim ban briefly disappeared from his website but has now been restored.

I am concerned for the safety of mosques and the safety of all people who may appear “Muslimy.” In the wake of Trump’s election, Muslim women in America are becoming wary of wearing the hijab in public places. There have already been assaults on college campuses. Even in Manhattan, a supposed bastion of tolerance and liberal values, pro-Trump graffiti was scrawled in a Muslim prayer room at New York University.

I fear for Muslim kids who will spend their formative years in an America where this level of intolerance, and potential violence, becomes commonplace. It is increasingly difficult to explain President Donald Trump to them as an anomaly who does not in any way represent this country’s people or its mores.

We have clearly come a long way from the days when Bernie Sanders hugged a hijab-clad student at a campaign rally and swore to protect her freedoms, when President Obama explained the importance of not referring to the murderous zealots of ISIS as “Islamic,” and when Hillary Clinton shared the poignant story of Gold Star parents Khizr and Ghazala Khan.

Although their policies weren't always perfect for Muslims, we never doubted that we had a place in the American tapestry they envisioned. Today, that does not seem so clear.

Despite it all, there is some reassurance to be found. Islam has been subjected to similar pressures before, and it endured. I find hope in a Quranic verse:

Believers, stand firm for God, be witnesses for justice. Never allow the hatred of people to prevent you from being just. Be just, for this is closest to righteousness [Quran 5:8].

The notion of justice found here inspired Muslims during Islam’s inception. The Prophet Muhammad preached an unprecedented message of egalitarianism that was at odds with the established social order, thus provoking much animus against him and his early followers. Yet they moved forward despite being jeered and ridiculed by their peers, because they felt a greater force animating them.

Retreating into cynicism at this time would be an affront to those resilient Muslims who came before. It's also too great a burden to carry.

There is much work to be done. I see an ineffable force emboldening not only Muslims but many marginalized groups like Latinos, African-Americans and LGBTQ people right now. Indolence and indifference are quickly melting away. This is the point -- it must be the point -- where our common struggles unite and become one struggle.

At no moment before has it been this urgent and important to see ourselves in each other.

Muslims have resolved not to become casualties of the disaffection and bigotry that made Donald Trump’s election possible. We are part of what made America great before Nov. 9, and we will work to ensure that the nation's light remains bright -- even if the bulb seems to be flickering.