"It seemed like Hillary Clinton was doing well in polls, and yet — I know the whites," Chappelle said 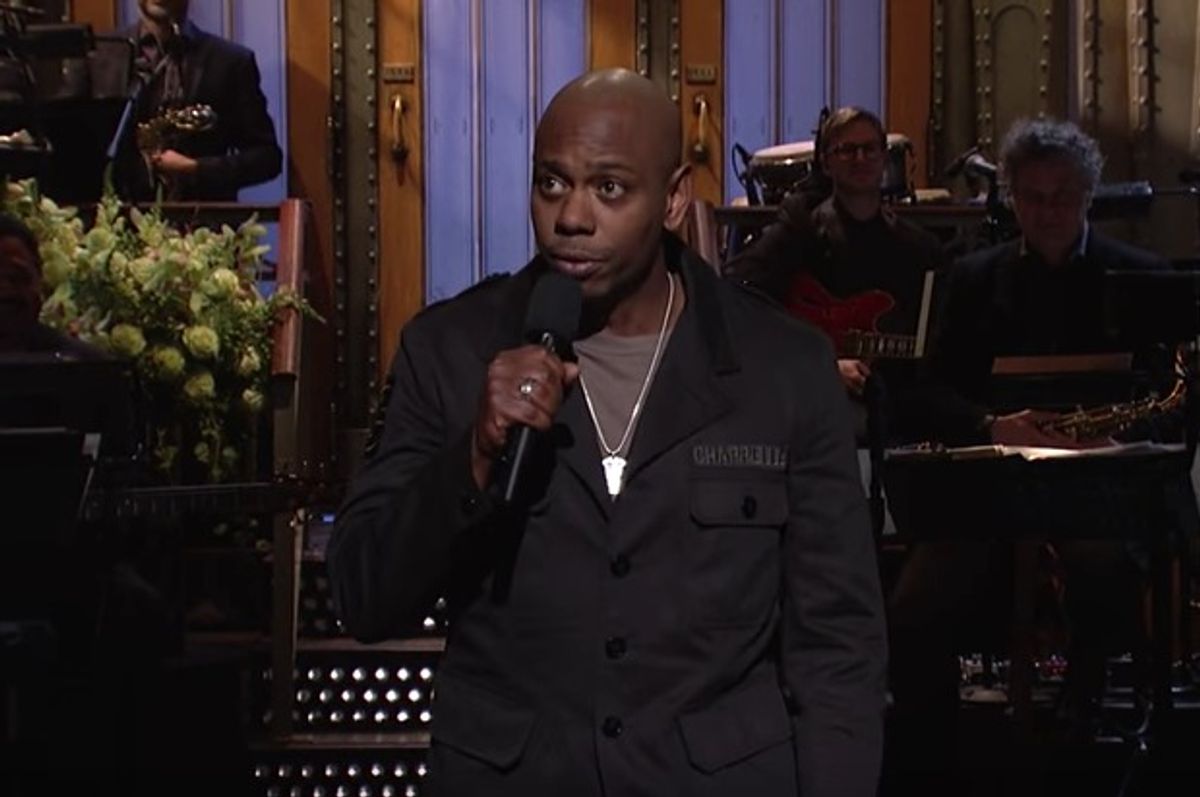 Dave Chappelle returned to TV last night in a triumphant hosting spin on an episode of "Saturday Night Live" that also showcased strong performances by A Tribe Called Quest. After Kate McKinnon's solo cold open paying tribute to Hillary Clinton's campaign with a stirring rendition of Leonard Cohen's "Hallelujah," Chappelle took the stage for his monologue, reminding viewers just how masterful he is at stand-up.

"I didn't know Donald Trump was going to win the election. I did expect it. It seemed like Hillary Clinton was doing well in polls, and yet — I know the whites," Chappelle deadpanned. "You guys aren't as full of surprises as you used to be."

"America's done it. We've actually elected an internet troll as our president," he said. "I haven't seen white people this angry since the O.J. verdict."

Chappelle took on ISIS and the Orlando Pulse nightclub shooting, and delivered a scathing bit on police violence, race and the memed-to-death shooting of Harambe the gorilla.

"Why do we have to say Black Lives Matter?" Chappelle asked. "I admit that's not the best slogan, but McDonald's already took You Deserve a Break Today."

He closed the segment on a serious note, recounting the October White House BET concert and party he attended.

Watch his closing message to Donald Trump in the full monologue.