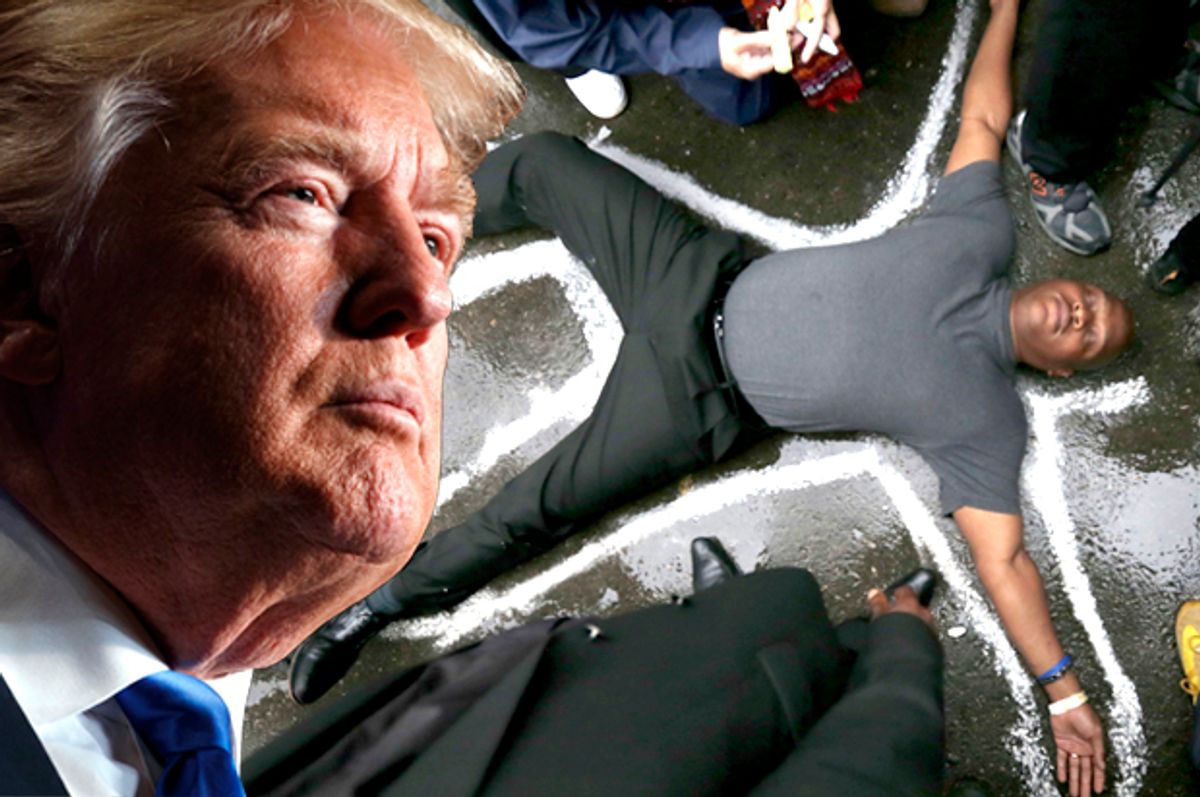 Donald Trump is the president-elect. As with any event of such historical implications, it is impossible to trace it to a single factor. Counterfactual scenarios abound: Would different delegate allocation rules and fewer candidates have enabled an establishment Republican to beat back Trump in the primaries? Would Bernie Sanders or Elizabeth Warren have been able to speak to working-class whites in a way Hillary Clinton couldn’t? Would the election have turned out differently without FBI Director James Comey’s foray into the last days of the election? What if Clinton had campaigned more vigorously in the Rust Belt?

Similarly, explanations for the motivation of Trump supporters abound. The votes of more than 59 million people defy simple explanation. Is it a rural/urban divide, the result of economic malaise, racial resentment, xenophobia, misogyny or anti-elite sentiment?

The American National Elections Study (ANES) pilot survey offers a unique opportunity to study Trump voters, since it was completed in January 2016, long before Trump had definitively won the Republican nomination. For this analysis, I examined a single question: “How likely is it that many whites are unable to find a job because employers are hiring minorities instead?” Respondents could answer, “extremely likely,” “very likely,” “moderately likely,” “a little likely” and “not at all likely.” The question was only asked of whites, and is suggestive of the way that economic anxiety and racism are deeply intertwined. To determine Trump support, I used a "feeling thermometer," which asks respondents to place their feelings about Donald Trump on a scale from 0 (coldest) to 100 (warmest).

The question has an incredible amount of predictive power. The variable was statistically significant in a model that controlled for party, ideology, education, age, gender, income, views on economic performance, racial resentment and views on trade. (This is also true using a question that asked people whom they supported among all Republican candidates, rather than a feeling thermometer.) The chart below shows predicted feeling-thermometer scores for Trump using a model that controls for age, ideology, gender, income, party support, education and views on economic performance and trade. The predicted score for a white person who thinks it is “extremely likely” people of color are taking white jobs is 64. (In other words, that person is warmly disposed towards Trump.) For those who think it is “not at all likely” the mean score is 23. (That person likes Trump a lot less.) To determine whether racism could have caused Clinton’s defeat, I needed a method to compare support for the two candidates. Because it was performed in January, ANES 2016 asked different head-to-head questions to different respondents, so the sample is smaller than ideal for analysis. Instead, I subtracted the Clinton feeling thermometer from the Trump feeling thermometer. People with negative scores were coded as Trump supporters and those with positive scores were coded as Clinton supporters (33 respondents rated the two candidates the same, and I excluded them from the analysis). Fifty-eight percent of white respondents favored Trump over Clinton (and 51 percent favored Trump over Sanders). As I’ve shown with sociologist Philip Cohen and political scientist Jason McDaniel, stereotyping and resentment strongly predict support for Trump. Take for instance, racist stereotypes toward Muslims and African-Americans. Among whites who believe the word “violent” describes black people “extremely well,” 78 percent support Trump, compared with 34 percent of whites who say “not at all well.” Among whites who say “violent” describes Muslims well, 84 percent support Trump, compared to 30 percent who believe the word doesn’t describe Muslims at all. This is not to say that misogyny did not play a role in the election as well. Far from it, as political scientist Brian Schaffner has persuasively shown. There is more evidence to be parsed, and fuller datasets with larger samples and more questions won’t be publicly available for some time. But it is increasingly clear that white racial solidarity is one of the most powerful forces in American politics; any explanation of Trump’s success, and any movement aimed at opposing him, must take it seriously.

In an essay about the Brexit vote in the United Kingdom, Financial Times columnist Philip Stephens wrote that “‘financial capitalism survived the 2008 global crash. Liberal democracy has not fared so well. There is a connection … Capitalism needed saving, but in bailing out the financial institutions with taxpayers’ money, governments transferred the stresses from markets to politics.” These dynamics have driven Trumpism and other right-wing movements across the world. Indeed, a recent study suggests that financial crises tend to precipitate extremist politics. This is not to pretend that racism is not driving Trump support. Indeed, I remain convinced it is the single most powerful force behind Trumpism, and the racism Trump has unleashed is likely to get worse. Political scientists Spencer Piston and Ashley Jardina recently found that more than half of Trump supporters dehumanize black people (describing black people as less evolved than white people).

The Democratic Party is in crisis. A quarter of the population has voted to elect a white nationalist to the most powerful office in the land, overriding the will of the majority of voters. Forces we thought were long dormant have returned with a vengeance. Democrats control nothing. Republicans hold nearly all state legislatures, governorships, majorities in the House and Senate, the presidency and with it, the Supreme Court. On the opposite side, Democrats control the federal judiciary, many large cities and a few states (though they are populous).

Data analytics cannot make a movement. Democrats have tried to replace the organizing power of unions and community organizations like ACORN with algorithms. Progressives need permanent organizing and mobilization, not simply a get-out-the-vote operation that's turned on once every four years. This grassroots mobilization will mean that policy cannot be top-down, wonkish prescriptions. Take large minimum-wage hikes, a policy proposal scoffed at by many center-left economists. Such proposals have won everywhere they were on the ballot in 2014 and 2016, including Arizona, Arkansas, Alaska, Nebraska and South Dakota. All of these states went for Trump, but even as voters in Arizona supported Trump, 60 percent of them also supported a ballot initiative that would boost the minimum wage to $12 an hour by 2020 and guarantee paid sick leave for employees. Democrats have become very good at policy, but policy is not necessarily politics.

This is not to say abandon the wonks. But as Washington state discovered with its failed carbon-tax proposal, progressive policy designed by and for wonks will struggle to succeed, even in deep blue America. We need empirically based policy, but we also need policies that mobilize Americans, and treat people as citizens with real government buy-in. Consider the way that the stimulus plan silently bolstered American checkbooks, rather than delivering the money all at once -- a wonkish solution, but one that gave Americans no specific reason to vote for Democrats. Or how much of the Affordable Care Act favored a clunkocracy over the direct provision of services, whereas the Medicaid expansion, in contrast, actually increased political participation. Or the way Temporary Assistance to Needy Families (TANF) is now delivered invisibly through block grants to states, limiting its mobilizing power.

Racism is a very real driver of Trump’s success. As the ANES data shows, economic and social pain is understood through the lens of racial animus. Where to go from here? More research will certainly come, but it seems clear to me that Democrats need to begin organizing and mobilizing. Democrats need to vigorously fight voter suppression techniques and take seriously their ability to reduce turnout, particularly among young people, low-income people and people of color. Turnout in the presidential election was dampened by new voting restrictions and closed polling places. But turnout in midterms and off-cycle elections is even lower. In these elections, turnout is even more stratified by race and class. The people who are prevented from voting by registration barriers tend to lean progressive, so policies like automatic voter registration are crucial.

Democrats need a get-out-the-vote operation that exists permanently, rather than being constructed anew each cycle. The old institutions for working-class mobilization and solidarity, such as ACORN and the labor unions, have either disappeared or are incredibly diminished. Policies that sparked workers to mobilize have disappeared in favor of clunky programs, that, while often effective, struggle to create defined political constituencies to support them (a phenomenon known as the submerged state). Policy must be written not merely from the top down but also from the bottom up.

Democrats must create a narrative that weaves economic, racial and gender justice together. A multiracial coalition is the path to sustained political power and reductions in economic, racial and gender inequality. As I’ve shown with political scientist Jason McDaniel, racism often diminishes support for progressive policies. The solution is not to abandon either the white working class or the diverse and rising American electorate that still stands poised to transform the nation.