A bribe called quest: The road to policing corporate corruption began with Nixon and Watergate 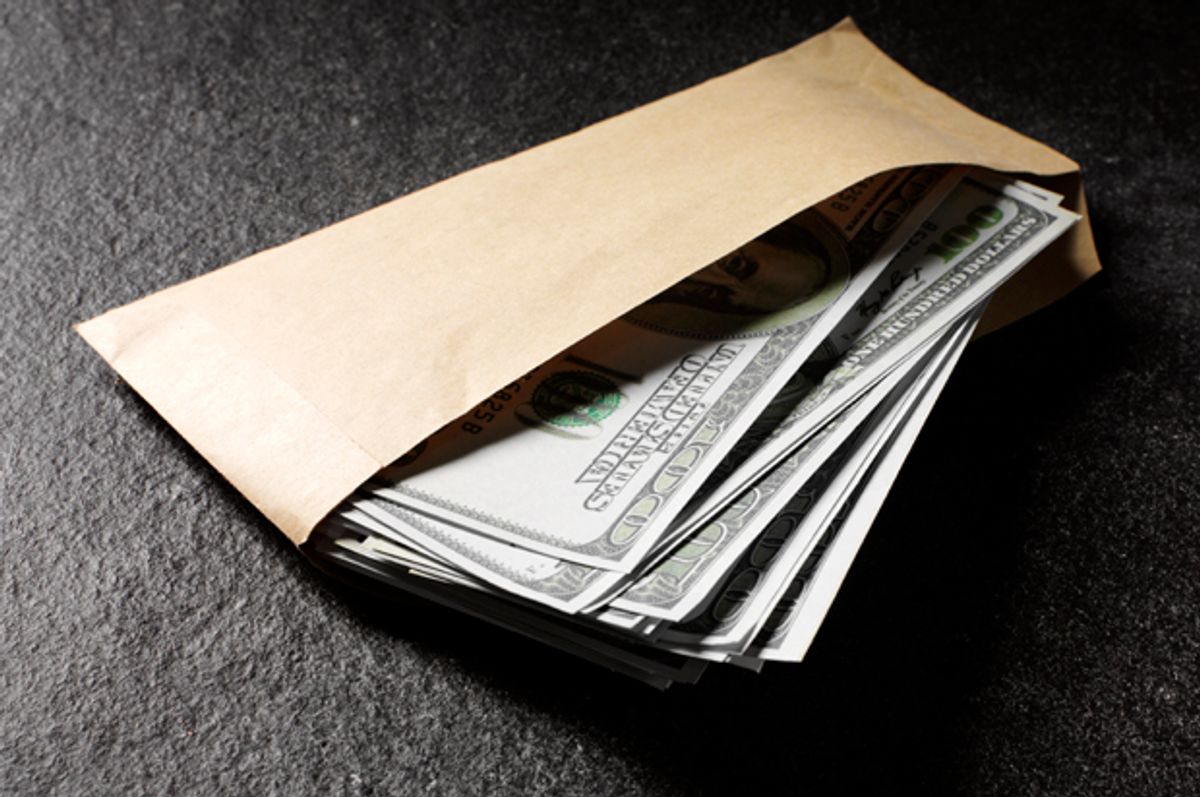 If you want to understand why a major New Jersey-based global IT outsourcing company revealed it may have paid bribes to Indian officials, go back to Watergate — yes, that Watergate, the one that forced President Richard Nixon to resign in a political crisis that makes the election of Donald Trump look tame by comparison.

But let’s get to that in a minute.

The alleged bribes were paid or tolerated by unnamed former Cognizant senior executives in India, the company says. In September, Cognizant President Gordon Coburn stepped down, providing no reason for his sudden departure. His silence spoke volumes; the move came as Cognizant announced it was sending a team of lawyers to Chennai to determine how certain land deals were set up for building new office space, according to the Times of India.

Paying $5 million is a relative pittance for a company that reported $444 million in profit on $3.5 billion in sales for the three months ending Sept. 30, and it’s a small amount of wheel-greasing cash (if that’s what it was used for) compared to other major bribery cases in recent years. But it’s enough for the U.S. Justice Department and the Securities and Exchange Commission to slap Cognizant with penalties if bribes were paid to government officials, even low-level property inspectors, and for good reason.

“Companies typically don’t pay bribes just once,” Peter Henning, a law professor at Wayne State University who specializes in corporate fraud, told Salon. “If a company has started to pay bribes it will continue to pay bribes until it’s either caught or there’s a change in management that actually tries to enforce the rules.”

The U.S. Securities and Exchange Commission (SEC) has fined at least 22 companies this year with multimillion-dollar bribery penalties. In April, casino operator Las Vegas Sands was forced to settle and agree to pay a $9 million fine for using consultants to facilitate business activities in China and Macao. In September, the New York hedge fund Och-Ziff was hit with a much larger fine — $412 million — after it settled charges that it used intermediaries to pay bribes to high-level government officials in Africa. Wal-Mart Stores is fighting the largest-ever U.S. foreign-corruption penalty of $600 million in a long-running investigation into its business practices in Mexico, India and China.

It’s only been in the past 20 to 30 years that companies have been held accountable for paying bribes for doing business. Before that it was widely considered the cost of doing business in other countries, often written off as part of a culture of corruption that permeates in lesser-developed countries. But Henning points out that there’s an important difference between a person paying a $50 bribe to a low-level official in an underdeveloped country to get something done and the scale of bribery committed by large foreign companies.

“Bribing a low-level government sub-servant is a little like how we tip waiters and waitresses,” he said. “They depend on that income to survive. You live with that. But once you’re talking about a $100 million government contract and you’re kicking back $3 million, you can’t blame that on a culture of corruption; the companies are enabling that. It spreads the corruption.”

The problem is particularly acute in countries with heavy bureaucracies, like India and China, because unlike in more open economies, there are many more government officials to bribe, says Henning.

The U.S. recognized this problem with the Foreign Corrupt Practices Act, or FCPA, which Jimmy Carter signed into law the same year he took office in 1977. The law allows the U.S. government to press civil and criminal charges against U.S. companies or foreign companies with U.S.-based operations for paying off foreign government officials, even if the foreign government itself does nothing.

Back then the idea seemed laughable. After all, companies the world over were regularly paying off government officials in return for business. U.S. companies argued that the law would put them at a competitive disadvantage against their rivals in countries like Britain and Japan. But the precedent the U.S. began started to spread in the 1990s, when countries like Germany, France and Britain began to see the logic. In 2000, the United Nations passed its own version of the law, but today the strongest enforcement measures are coming from the U.S. and European governments.

The FCPA had its roots in the Watergate scandal, which, in addition to taking down a presidency, broke open the books of corporate America.

In post-Watergate investigations, federal officials noticed a lot of large-scale illegal corporate contributions to Nixon’s fundraising activities for his 1972 election campaign. When the SEC then demanded a review of the books of the companies that had supported the Republican candidate, it found that corporate America had been quietly and regularly doling out millions of dollars in bribes to foreign governments. Defense contractor Lockheed Martin, for example, had paid off the royal families of Japan and the Netherlands to authorize the purchase of its military aircraft.

The problem was, nothing could be done about it. At the time the practice was legal. So, in one of the acts that could truly be considered an example of American exceptionalism (thanks to Carter and the Democrats, who controlled both houses of Congress in 1977), the country passed the FCPA, the first law of its kind in the world.

Since the FCPA was passed, the SEC has brought more than 150 cases against U.S. companies from a wide range of industries. Though the number of charges doesn’t sound like much for a 39-year-old law, they’ve accelerated in recent years; nearly 60 of these settlements have occurred since 2012. IBM, Ralph Lauren, Eli Lilly, Johnson & Johnson and Smith & Wesson are among companies that have been forced to settle FCPA charges in recent years.

The world might be rife with corruption, and some could argue the penalties are light and could be considered by companies a risk worth taking to win lucrative business in foreign countries. But as Cognizant initiating its own investigation into alleged bribery shows, the FCPA has at least made a corporate culture of corruption something worth policing and making transparent. As Watergate taught us: It's never the crime — it's the cover-up.