BULLSH**TER OF THE DAY: Reince Priebus, for confusing Steve Bannon with Mother Teresa

The darling of the Alt-Right movement may be a force for a lot of things, but "good" isn't one of them 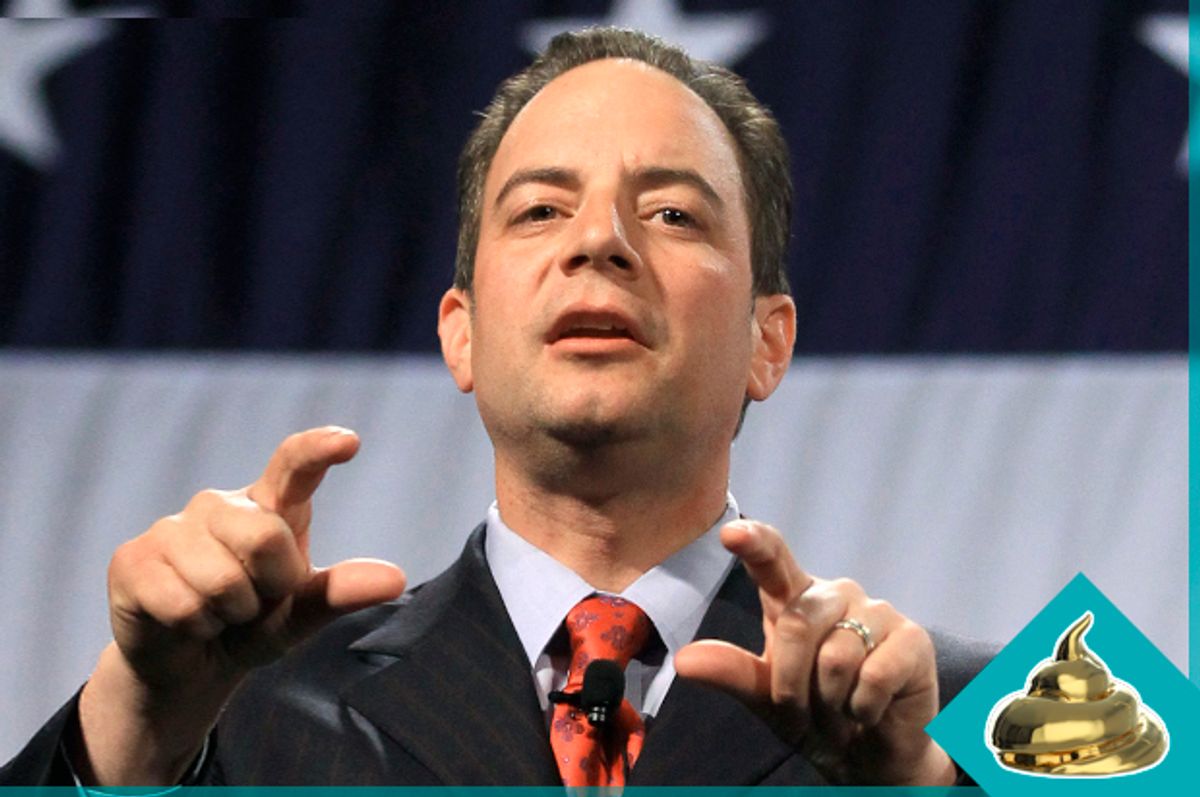 "The Steve Bannon I know is a guy who is really on the same page with a lot of the things… almost everything I agree with as far as advising president-elect Trump. He was a force for good on the campaign."

RNC chairman and future chief of staff in the Trump administration, Reince Priebus.

As if the election of Donald Trump as the next president of the United States weren't bad news enough, over the weekend Donald Trump began announcing the staff of his administration. All while tens of thousands of protesters took to the streets across the country to protest his election. Here, Reince Priebus (one of the more moderate names on the list!) was defending the selection of Steve Bannon as chief strategist and senior counselor.

To the idea that anti-semite, anti-LGBTQ+ and misogynist Steve Bannon is a force for good? No. No merit at all. To the possibility that they are on the same page with almost everything? Well, you tell us, Mr. Priebus: do you believe women, people of different ethnicities and races and origin, and essentially anyone who isn't a straight white male is less? Is that how you plan to govern "all of America?"

There was the time when he said Trump wasn't producing his tax returns because the people weren't interested in them. Or when he defended Trump's claim that the election would be rigged. Remember those times? Sigh.