Paul Ryan sees an opening to gut Medicare, Obamacare — and it's all thanks to Donald Trump

Major changes to healthcare are going to happen quickly, if the Republican House speaker gets his way 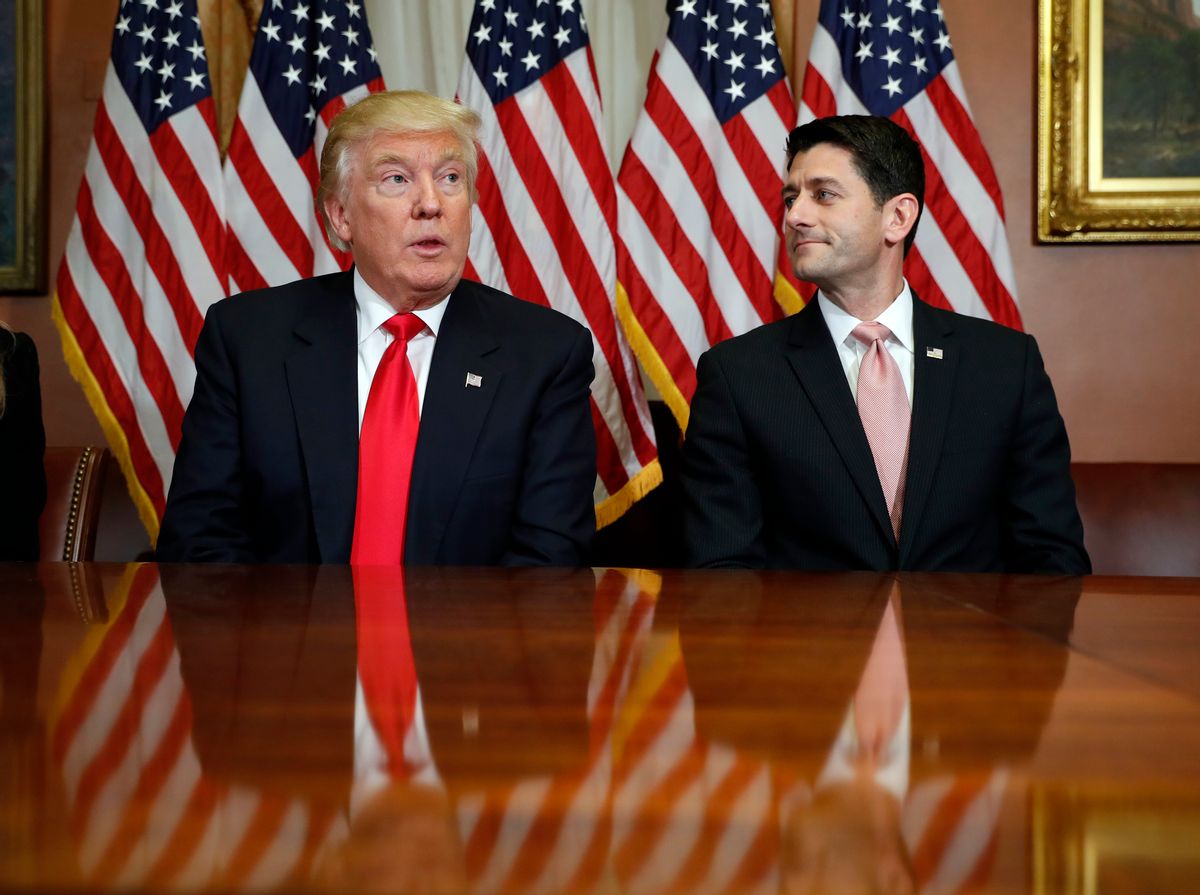 Paul Ryan's quest to gut the American healthcare system may be finally coming to fruition, thanks to Donald Trump

According to Trump's campaign manager, Kellyanne Conway, the president-elect is considering calling a special session of Congress on his first day as president to repeal and replace the Affordable Care Act (better known as Obamacare).

"He also has talked about convening a special session on January 20 after he is sworn in as President of the United States to do this very thing, to repeal and replace Obamacare," Conway said on "Fox News Sunday." "It would be a pretty remarkable move."

When asked whether Trump will simply propose amending Obamacare or replacing it altogether, Conway admitted, "We don't know" and argued much of that will have to do with Trump's interactions with Congress.

This is consistent with Trump's interview with the Wall Street Journal on Friday, during which he said, "either Obamacare will be amended, or repealed and replaced." He also said that he has assured President Obama, "I will look at his suggestions, and out of respect, I will do that."

In a similar vein, House Speaker Paul Ryan admitted to Bret Baier on Fox News that he hopes to take advantage of Trump's presidency to achieve one of his lifelong goals — eliminating Medicare.

"Well, you have to remember, when Obamacare became Obamacare, Obamacare rewrote Medicare, rewrote Medicaid," Ryan told Baier. "If you are going to repeal and replace Obamacare, you have to address those issues as well. What a lot of folks don't realize is this 21-person board called the IPAP is about to kick in with price controls on Medicare. What people don't realize is because of Obamacare, Medicare is going broke, Medicare is going to have price controls because of Obamacare, Medicaid is in fiscal straits. You have to deal with those issues if you are going to repeal and replace Obamacare. Medicare has serious problems [because of] Obamacare. Those are part of our plan."

In fact, the notion that Obamacare has financially jeopardized Medicare is so thoroughly debunked that even Breitbart ran an article acknowledging its falsity. Unfortunately, Ryan has long desired to phase out Medicare and replace it with private insurers, and if his comments to Baier are to be believed, he views Trump's presidency as an opportunity to realize that goal.