Robert Reich: Why we need a new Democratic Party now 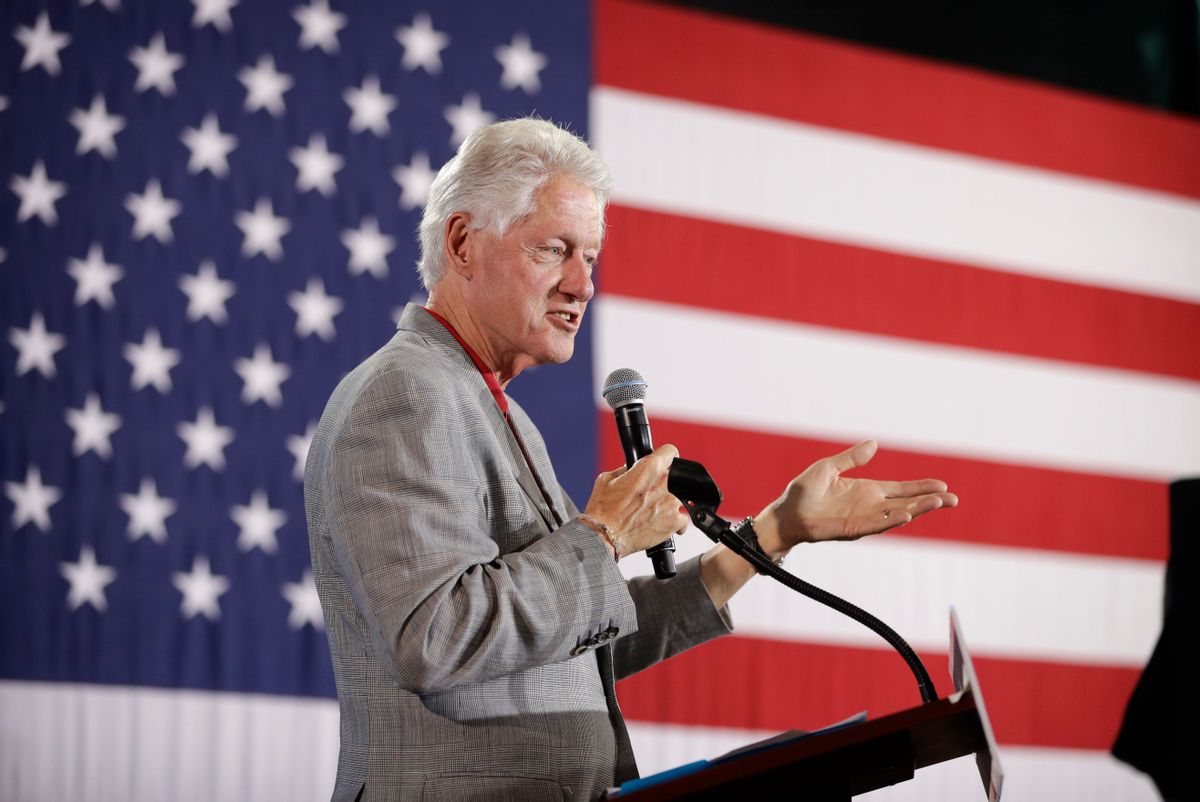 FILE - In this Sept. 14, 2016, file photo, former President Bill Clinton speaks while campaigning for his wife, Democratic presidential candidate Hillary Clinton in North Las Vegas, Nev. Ignoring his own sexually aggressive predilections, Donald Trump wants voters to see Bill Clinton as a scandal-plagued cad whose history with women should disqualify Hillary Clinton from the presidency. The argument doesn’t seem to resonate with America’s youngest voters, who know the 70-year-old former president as a figure out of history books and don’t seem to care about his Oval Office affair with Monica Lewinsky or other marital infidelities. (AP Photo/John Locher, File) (AP)
--

It is time for a new Democratic Party.

The old Democratic Party has become a giant fundraising machine, too often reflecting the goals and values of the moneyed interests.

It has been taken over by Washington-based fundraisers, bundlers, analysts and pollsters who have focused on raising campaign money from corporate and Wall Street executives, and getting votes from upper middle-class households in “swing” suburbs.

The election of 2016 has repudiated the old Democratic Party.

We need a new Democratic Party capable of organizing and mobilizing Americans in opposition to Donald Trump’s Republican party, which is about to take over all three branches of the U.S. government.

A new Democratic Party that will turn millions of people into an activist army to peacefully resist what is about to happen — providing them with daily explanations of what is occurring in Trump’s administration, along with tasks that individuals and groups can do to stop or mitigate their harmful effects.

A party that will protect vulnerable populations from harassment and exclusion — including undocumented young people, recent immigrants, people of color and women.

A party that will recruit a new generation of progressive candidates to run at the local, state and national levels in 2018 and beyond, including a leader to take on Trump in 2020.

A party that will do everything possible to advance the progressive agenda at state and local levels — getting big money out of politics, reversing widening inequality, expanding health care, reversing climate change, ending the militarization of our police and the mass incarceration of our people, and stopping interminable and open-ended warfare.

What happened in America on Election Day should not be seen as a victory for hatefulness over decency. It is more accurately understood as a repudiation of the American power structure, including the old Democratic Party.

That power structure wrote off Bernie Sanders as an aberration, and, until recently, didn’t take Trump seriously.

And it doesn’t have a clue about what was happening to most Americans. A respected Democratic political insider recently told me most people were largely content with the status quo. “The economy is in good shape,” he said. “Most Americans are better off than they’ve been in years.”

Wrong. Recent economic indicators may be up, but those indicators don’t reflect the insecurity most Americans continue to feel, nor the seeming arbitrariness and unfairness they experience.

Nor do the major indicators show the linkages many Americans see between wealth and power, stagnant or declining real wages, soaring CEO pay and the undermining of democracy by big money.

Median family income is lower now than it was 16 years ago, adjusted for inflation. Workers without college degrees — the old working class — have fallen furthest.

Most economic gains, meanwhile, have gone to top. These gains have translated into political power to elicit bank bailouts, corporate subsidies, special tax loopholes, favorable trade deals and increasing market power without interference by anti-monopoly enforcement — all of which have further reduced wages and pulled up profits.

Wealth, power and crony capitalism fit together. Americans know a takeover has occurred, and they blame the establishment for it.

The Democratic Party once represented the working class. But over the last three decades the party stood by as corporations hammered trade unions, the backbone of the white working class — failing to reform labor laws to impose meaningful penalties on companies that violate them, or help workers form unions with simple up-or-down votes.

Partly as a result, union membership sank from 22 percent of all workers when Bill Clinton was elected president to less than 12 percent today, and the working class lost bargaining leverage to get a share of the economy’s gains.

Both Bill Clinton and Barack Obama ardently pushed for free trade agreements without providing millions of blue-collar workers who thereby lost their jobs means of getting new ones that paid at least as well.

The power structure understandably fears that Trump’s isolationism will stymie economic growth. But most Americans couldn’t care less about growth because for years they have received few of its benefits, while suffering most of its burdens in the forms of lost jobs and lower wages.

The power structure is shocked by the outcome of the 2016 election because it has cut itself off from the lives of most Americans. Perhaps it also doesn’t wish to understand, because that would mean acknowledging its role in enabling the presidency of Donald Trump.

We need a new Democratic Party that will help Americans resist what is about to occur, and one that will rebuild our future.