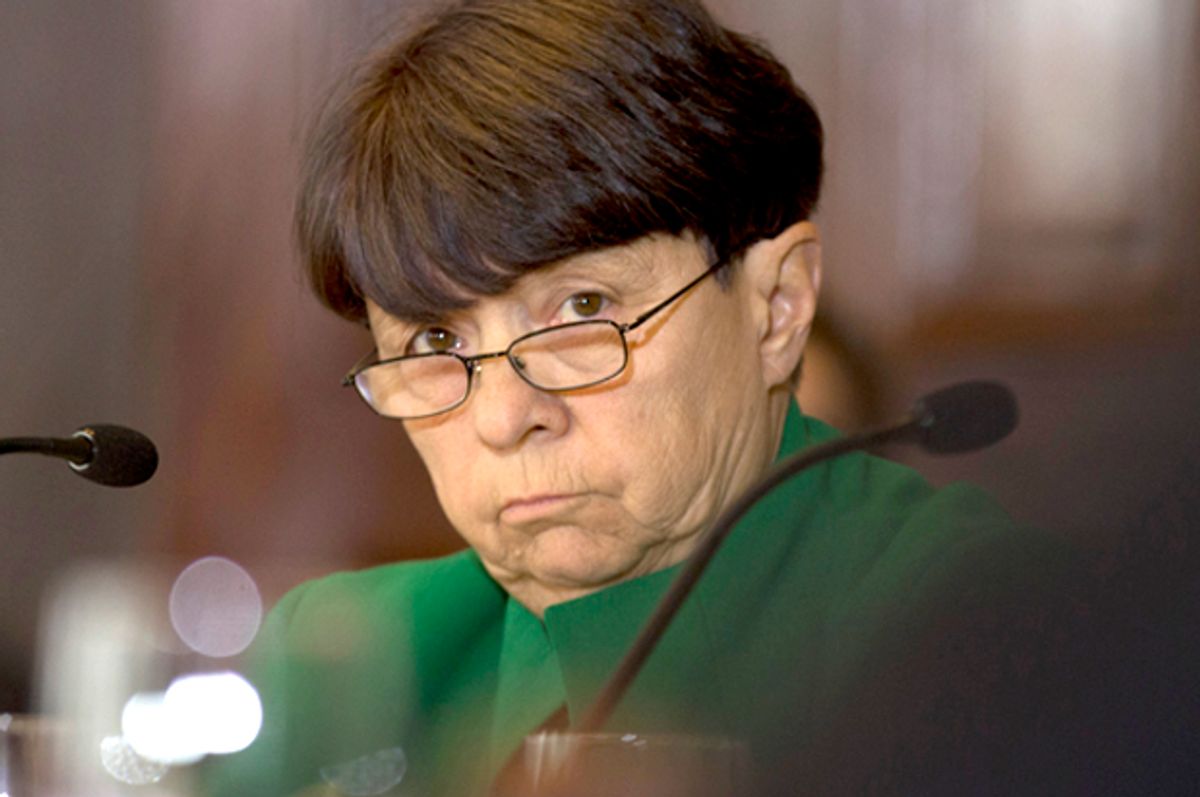 The head of the Securities and Exchange Commission announced on Monday that she will step down, a move that will make it significantly easier for President-elect Trump to pass his proposed banking deregulations.

Mary Jo White, whose term isn't scheduled to expire for another two years, has been a staunch proponent of stronger banking regulations. After being appointed by President Obama in 2013, White implemented policies that strengthened the SEC's enforcement of existing regulations and increased the number of cases brought to trial. While progressives were often critical of White for not going even further, she was widely regarded as a champion of curbing the excessive power of large banks and other financial institutions once labeled "too big to fail."

Trump, by contrast, has made banking deregulation a key part of his platform, vowing to repeal the Dodd-Frank Act (a banking reform bill passed by the Obama administration in 2010) and re-establish the Glass-Steagall Act that separated investment from commercial banking.

On his campaign website, Trump promised to "issue a temporary moratorium on new agency regulations that are not compelled by Congress or public safety in order to give our American companies the certainty they need to reinvest in our community, get cash off of the sidelines, start hiring again, and expanding businesses. We will no longer regulate our companies and our jobs out of existence."

Trump has appointed Paul Atkins, a Wall Street insider best known for opposing large fines against major corporations, to lead the transition process in the SEC.