BULLSH**TER OF THE DAY: Ben Carson, for finally admitting he belongs nowhere near the White House

Through his surprisingly candid proxy, the good doctor reminds us that he was never fit for Washington 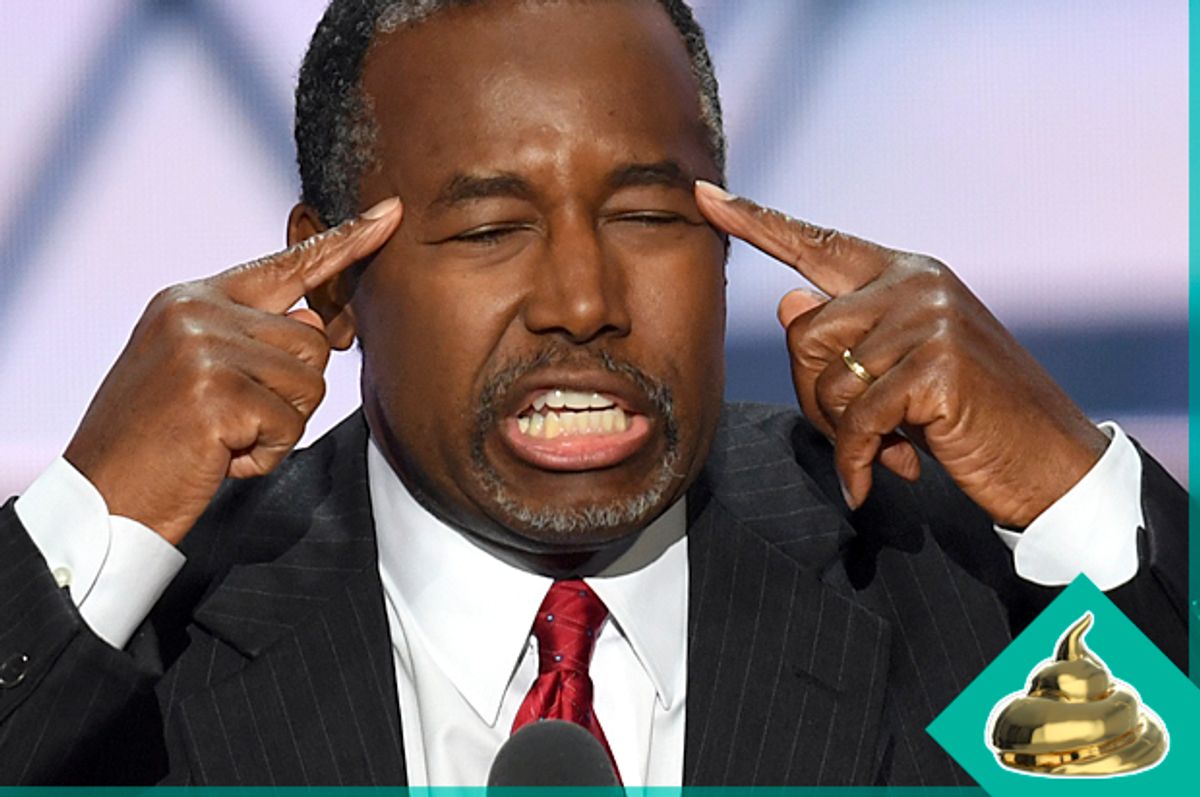 "Dr. Carson feels he has no government experience, he's never run a federal agency. The last thing he would want to do was take a position that could cripple the presidency."

Business manager and political commentator Armstrong Williams, who has acted as his spokesperson before.

The country is watching expectantly (terrified, sleepless, anxious and in tears) as Trump chooses his staff and makes cabinet appointments. Ben Carson had been floated as a potential candidate for the Secretary of Health and Human Services.

Let's just back up a bit. Ben Carson is a person who RAN for President. That is, Carson, who now apparently feels he "has no government experience" and thus wouldn't want to "take a position that could cripple the presidency," spent millions of dollars running for the Republican nomination in order to (yes, you guessed right) BE the president. So, is there any merit to this claim? Well, this one time there clearly is. Carson has no government experience whatsoever, and that only shows how big a pile of bullshit his whole campaign was.

We previously awarded Dr. Carson a Golden Turd for saying that sexual assault allegations against Trump and women rights in general could wait until after the election. And then there's all the bullshit that went unawarded. Like when he compared obamacare to slavery or women who get an abortion to slaveholders.

Ben Carson Bullshitter Of The Day