Tim Cook and Apple, long been high on AR, are working on new "iGlasses," scheduled to arrive as early as 2018 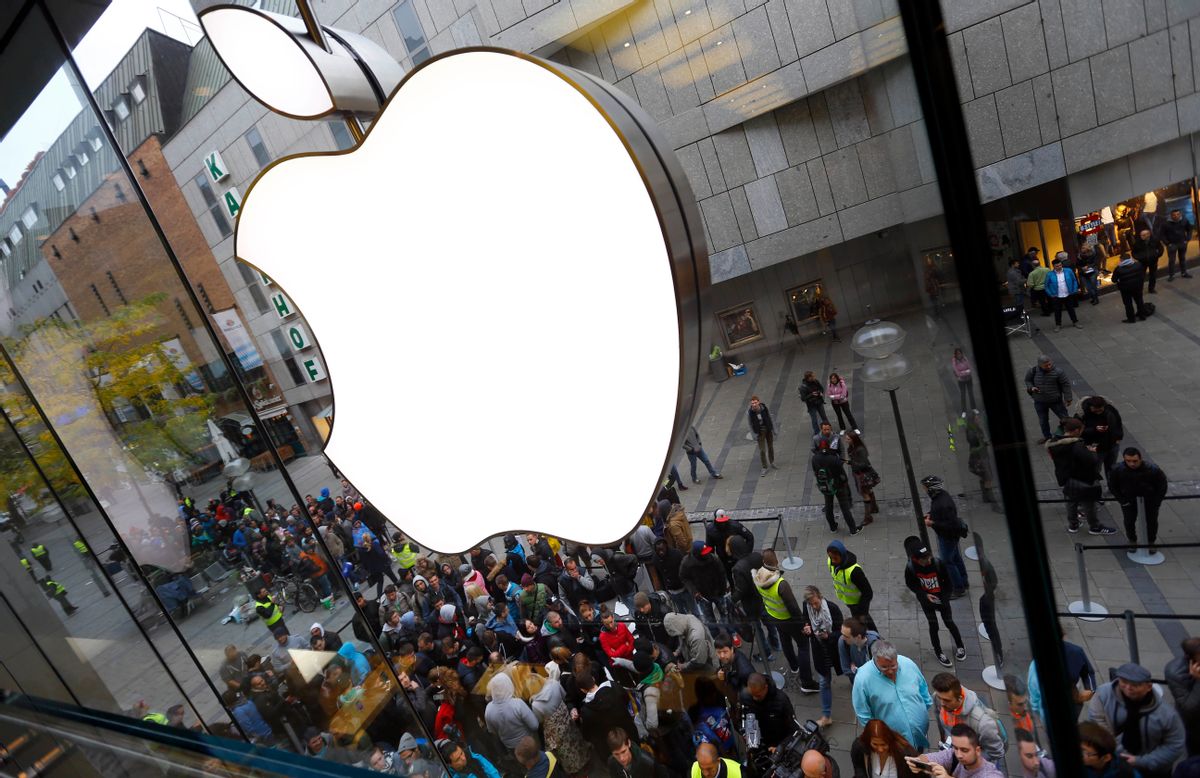 FILE - In this Friday, Sept. 25, 2015, file photo, people wait in front of an Apple store in Munich, before the worldwide launch of the iPhone 6s. After a tax ruling against Apple on Tuesday, Aug. 30, 2016, the spotlight turns to dozens of companies that have boosted earnings taking advantage of low tax rates abroad. (AP Photo/Matthias Schrader, File) (AP)
--

If Pokemon Go was a revolutionary first step toward bringing Augmented Reality (AR) to the mainstream, Apple is hoping the next one will be its newly announced digital glasses.

"We are high on AR for the long run," said Apple CEO Tim Cook during an earnings call in July, shortly after Pokemon Go exploded into a worldwide phenomenon. "We think there are great things for customers and a great commercial opportunity."

According to early reports, Apple's new digital glasses will connect wirelessly to the iPhone, display visuals and other information within the wearer's field of vision, and will incorporate augmented reality. Apple has already started discussing the glasses with potential suppliers, according to a Bloomberg article on Monday.

The digital glasses would be the next big step for a company that has already spent several years trying to increase its competitiveness in the burgeoning AR market. Apple has already purchased several companies that specialize in aspects of AR technology, including PrimeSense in 2013, Metaio Inc. in 2015, and Flyby Media Inc in 2016.

That said, Apple will face a number of challenges in making these digital glasses into a reality, which is why they aren't expected to be released until 2018 at the earliest. While the technology for effective AR does exist, it won't be easy fitting it into a pair of internet-connected glasses that are small and light enough for people to wear in their day-to-day lives. The most recent attempt to create this type of technology, Google Glass, failed because its battery couldn't power the glasses for a long period of time.

Nevertheless, Cook has a strong incentive to make Apple's digital glasses into a success. As iPhone sales continue to slow and Apple Watch continues to founder, a ground-breaking new product will be instrumental to Apple's bottom line.