We're not going back: Diversity is the new normal, too

The election was a victory for racism, but the reality of America is on our faces 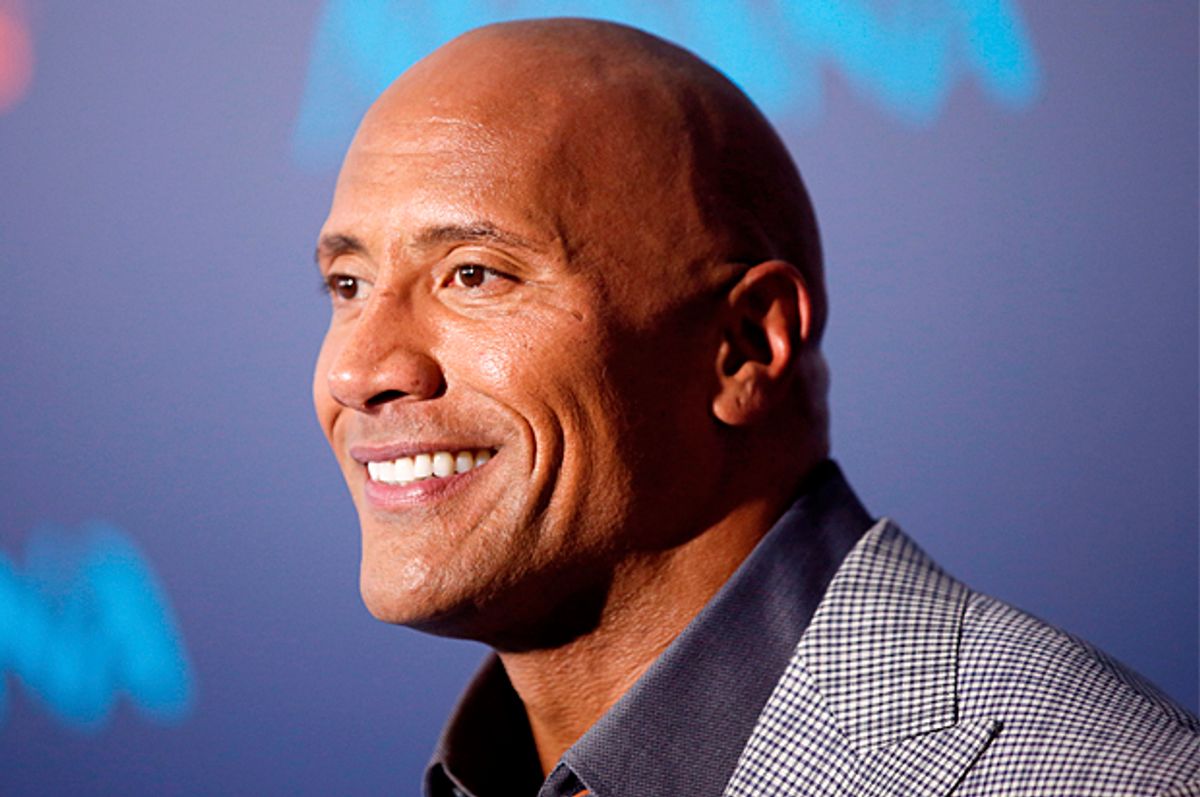 Make no mistake: It's devastating. It's horrible. It's dangerous. And that's exactly why we have to rebrand "normalization." We have to make the new normal not just unmitigated disaster. And if a measure of hope these days is coming from the Kardashians and Dwayne "The Rock" Johnson, frankly I'll take it.

The outcome of last week's election has justifiably frightened a wide swath of the American population — a population whose majority voted for Democrat Hillary Clinton. And in the aftermath, the media's rush to normalize an entirely abnormal event has been horrifying. On "60 Minutes" on Sunday, Lesley Stahl sat across from Donald Trump and lobbed him softballs as he told viewers, "Don't be afraid," as if the fact that abject fear has been an overwhelming response to the past few days isn't deeply telling.

Newspapers have calmly reported on Trump's proposed appointment as his chief strategist Breitbart's Steven Bannon — a self-described "Leninist" who thrills the Ku Klux Klan and American Nazi Party — with terms like "outsider" and "firebrand." This is a man who has said, "I want to bring everything crashing down, and destroy all of today’s establishment."

It's disgusting, and we as consumers need to be clear in our rejection of it. We need to call out misleading headlines and reports; we need to vigorously dispute any Jimmy Fallon-like attempts to humanize a man who brags about sexually assaulting women. Nope. Nope. Nope.

But the pendulum swings both ways. Undoubtedly, it's not swinging nearly far enough in the direction of courage and empathy and sheer sanity lately, but there are small bright spots that may help. Because like it or not, bigots — and boy, do you really not — this country is changing. Census estimates project that the majority of Americans will be nonwhite before the midcentury. And in hundreds of counties across the nation already, Latinos, Asians and African-Americans constitute the majority. Ethnic diversity is our reality. Period. If you don't believe it or like it, tough.

Also, check out literally all of your entertainment. The most anticipated new album of the fall is from a Filipino, Puerto Rican and Jewish guy. The most critically acclaimed film of the year is a gay black love story. Aziz Ansari won an Emmy. Steven Yeun of "The Walking Dead" became one of the first Asian actors to appear on the cover of Entertainment Weekly in its 26-year history.

Ensemble shows like the "The Mindy Project" and the new "This Is Us" don't just have diverse casts; they also feature diverse families. The news networks may still be a sea of white dude faces and we have a long way to go, but finally, finally entertainment is starting to reflect back a more honest image of the American family. And nowhere is that more evident than with the Kardashians and crew, led by the internet-breaking daughter of an Armenian attorney, Kim Kardashian. The Kardashians and Jenners have black and white in-laws and raise biracial children and they are the most famous family in America. I like to hope that makes white supremacists really angry.

See also what's happened in just the past few years in the LGBT community. While rights are being threatened by men like Mike Pence, the Indiana governor so vile he tried to criminalize marriage equality and move funds for HIV treatment to the barbaric practice of gay conversion therapy, queer still keeps happening. Marriage equality has become our  hard-won  constitutional right. So called "religious freedom" bills are being shot down.

But this isn't just about the law. It's about visibility. It's about LGBT characters all over our films and television shows — and not just so they can get killed off anymore. It's about superhero shows that have honest, thoughtful depictions of coming out. It's about a comedy acknowledging bisexuality. It's about Emmy-winning performances of transgender characters. It's about an Oprah-picked Christian mom and memoirist coming out of the closet this week with her new girlfriend. KaPOW, Christian mommy blogverse! Ladies who love Jesus can also love other ladies!

Speaking of the ladies, is this a horrible moment for women or what? You bet. So it's OK to be even a little encouraged that every episode of the new season of "Jessica Jones" will be directed by a woman. It's healing to take some pleasure in the television breakthroughs this year of Issa Rae (female and black!) and Tig Notaro (female and gay!) and Maria Bamford (female and mental health issues!). Women — not just blonde, girlfriend-of-the-hero women — are more than ever the heroes of their own stories.

Last week People magazine, not so long after publishing a story from one of its writers claiming that several years ago Donald Trump had groped and forcibly kissed her, put Trump on the cover and ran a puff piece about "his  life, his family and his astonishing journey to the White House." So gross.

It was a revolting spin on someone the same publication had recently identified as an alleged sexual predator, especially coming the same week the Washington Post's Margaret Sullivan warned, "Journalists are going to have to be better — stronger, more courageous, stiffer-spined — than they’ve ever been."

So if there's a tiny measure of hope, let it be in the way that many readers were rightly and vocally appalled at the cover story. Let it be in the outspoken response. And while I gladly urged my doctor's office and hair salon to stop carrying the magazine, I was nonetheless somewhat heartened on Tuesday when the magazine that just days ago celebrated Trump now named Dwayne "The Rock" Johnson as its sexiest man of the year.

Yeah, I know it's not the White House. But there's a black Nova Scotian and Samoan face on a magazine cover, and that actually means something to a lot of people, including people who don't look like Trump. It's OK to embrace small gains now.

Look, everything hurts and the most vulnerable members of our society are in the greatest danger and that's pretty much the way it's going to feel for the foreseeable future. But remember that the election was a furious response to the truth of the American experience right now — that this country is full of people who aren't straight white men. As a colleague mentioned on Tuesday, "The other day KCRW interrupted a feature on the black science-fiction writer Octavia Butler to run a press conference by the black president."