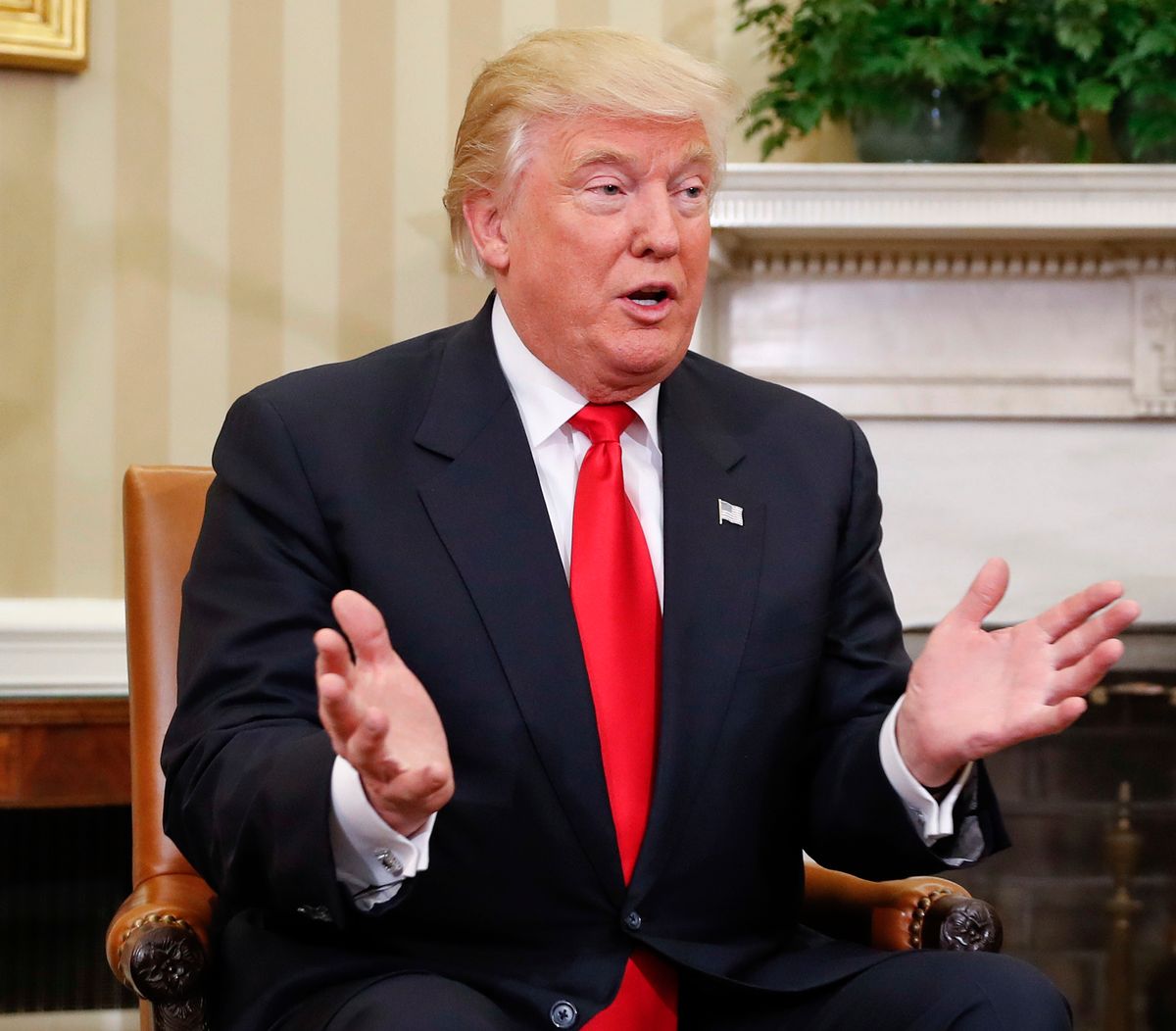 President-elect Donald Trump speaks during his meeting with President Barack Obama in the Oval Office of the White House in Washington, Thursday, Nov. 10, 2016. (AP)
--

Eliot A. Cohen, a military historian who served as counselor of the State Department under President George W. Bush from 2007 to 2009, is warning fellow conservatives to stay away from the Trump administration.

"I am a national security Never-Trumper who, after the election, made the case that young conservatives should volunteer to serve in the new administration, warily, their undated letters of resignation ready," Cohen wrote in an editorial for The Washington Post on Tuesday night. "That advice, I have concluded, was wrong."

Cohen went on to describe how one of his conservative friends "in Trumpworld" asked him to provide a list of names from the Republican foreign policy establishment who had not formally joined the Never Trump movement and might be willing to serve under President Trump. After complying with the request, Cohen says that the friend responded in an email "seething with anger directed at those of us who had opposed Donald Trump — even those who stood ready to help steer good people to an administration that understandably wanted nothing to do with the likes of me, someone who had been out front in opposing Trump since the beginning."

Although Cohen has since patched things up with his friend and characterized the email exchange as "a momentary eruption of temper," he also describes the exchange as a "tipping point" when it comes to his feelings about conservatives working in the Trump administration.

"The tenor of the Trump team, from everything I see, read and hear, is such that, for a garden-variety Republican policy specialist, service in the early phase of the administration would carry a high risk of compromising one’s integrity and reputation," Cohen declared, going on to criticizing Trump for "surrounding himself with mediocrities whose chief qualification seems to be unquestioning loyalty."

From Cohen's perspective, the real danger for Republicans lies not merely in Trump's actual behavior, but in how his fellow Republicans have been responding to it.

"In the best of times, government service carries with it the danger of compromising your principles," Cohen writes. "Here, though, we may be in for something much worse. The canary in the coal mine was not merely the selection of Stephen K. Bannon for the job previously filled by John Podesta and Karl Rove, that of counselor to the president and chief strategist. Rather, the warning signs came from the Republican leaders excusing and normalizing this sinister character — and those who then justified the normalizers."

Cohen's editorial may not come as a surprise to political observers who have been paying attention in the week since Trump's upset election over Hillary Clinton. On Tuesday, Cohen issued a tweet describing hostility with members of the Trump transition team that may have been referring to the anonymous friend mentioned in his piece for The Washington Post.

After exchange w Trump transition team, changed my recommendation: stay away. They're angry, arrogant, screaming "you LOST!" Will be ugly.