The problem with protests, according to Iowa lawmakers, is that they're getting coddled in schools 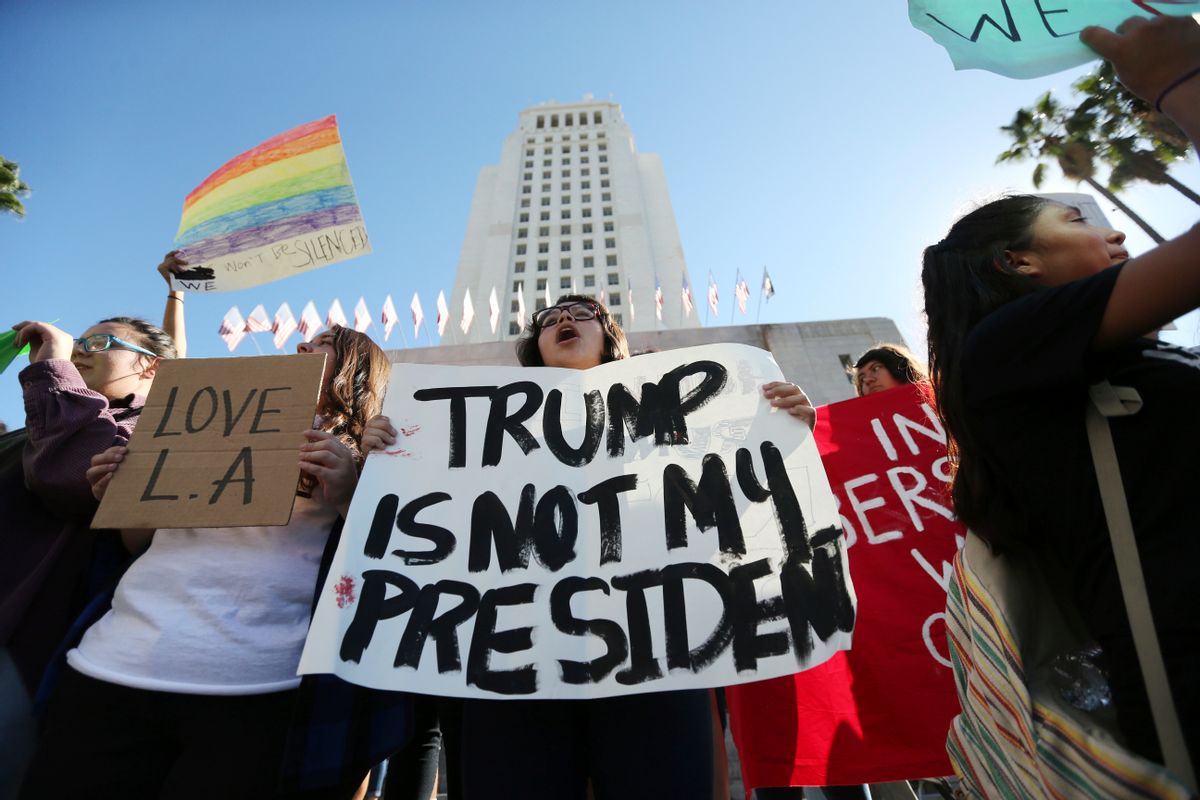 Students from several high schools rally after walking out of classes to protest the election of Donald Trump at City Hall in downtown Los Angeles. (AP)
--

This is what oppression posing as "tough love" looks like.

Rep. Bobby Kaufmann, an Iowa Republican who serves in his state's general assembly, announced on Monday that he plans to introduce legislation that he calls the "suck it up, buttercup" bill. Its goal will be to punish state universities that provide assistance to students protesting the recent election of Donald Trump.

If Kaufmann's bill passed, it would financially penalize state universities that use their taxpayer dollars to fund sit-ins, grief counseling, and other post-election support services beyond what students normally receive. In order to dissuade them from doing this, it will cut their budget by double the amount they spend on those activities.

Additionally, the bill would add new criminal charges to protesters who shut down highways, no doubt in reference to the student protesters who managed to close Interstate Highway 80 in Iowa City on Friday night.

“I’ve seen four or five schools in other states that are establishing ‘cry zones’ where they’re staffed by state grief counselors and kids can come cry out their sensitivity to the election results,” Kaufmann told the Des Moines Register. "I find this whole hysteria to be incredibly annoying. People have the right to be hysterical . . . on their own time."

Kaufmann's bill becomes more troubling when you consider that, according to the colleges themselves, they are not using extra state resources in order to comfort students who are upset by or wish to demonstrate against the election of the alt-right Trump.

“I think universities are the perfect place to have these types of conversations,” Scott Ketelsen, director of university relations at the University of Northern Iowa, told the Des Moines Register. “It’s where people learn. It’s where they share ideas. I don’t consider it coddling.”

Thousands of people have taken to the streets in protest since Trump's election last week.