After the company backed Trump on free trade, a neo-Nazi blogger dubbed them "The Official Shoes of White People" 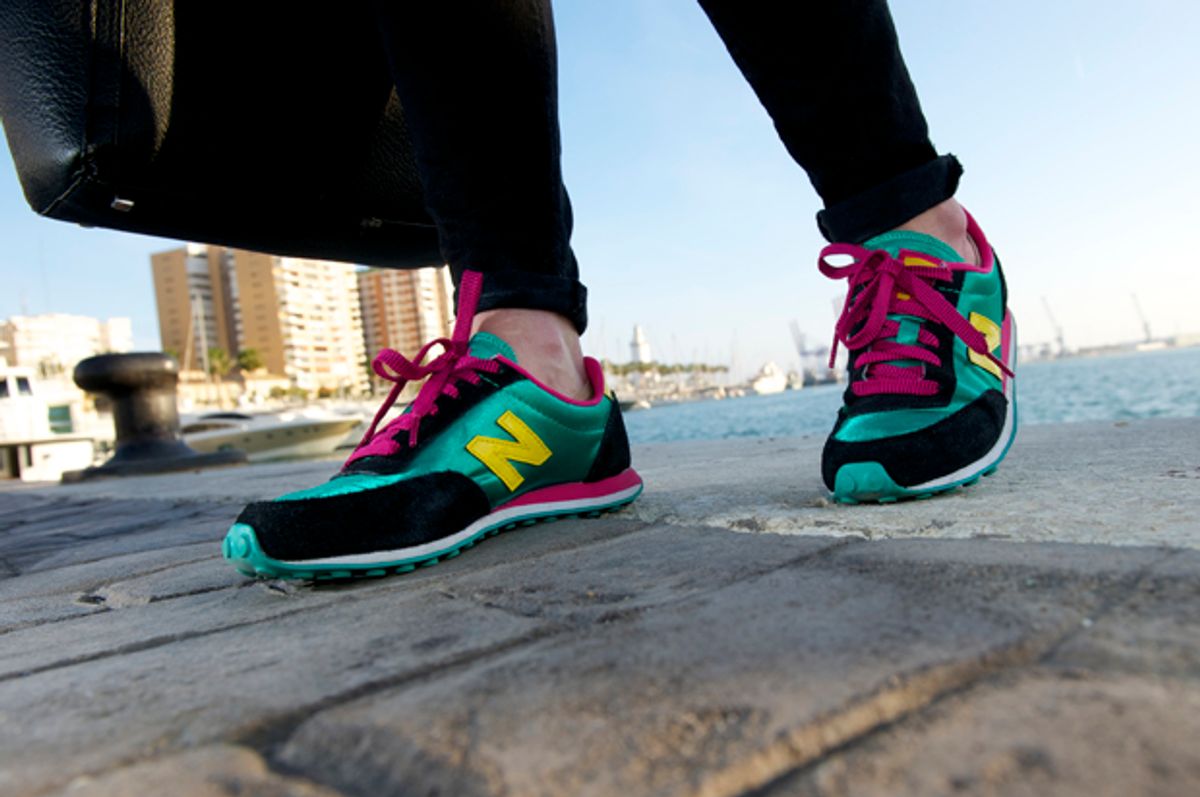 New Balance is learning the hard way that, if you cast your lot with a politician from the fringe right, you might get more than you bargained for.

The controversy began after the company's vice president of public affairs, Matthew LeBretton, told The Wall Street Journal last week that "the Obama administration turned a deaf ear to us and frankly, with President-elect Trump, we feel things are going to move in the right direction." Although LeBretton was referring to the Trans-Pacific Partnership agreement — which Hillary Clinton initially supported before reversing positions but Trump, as a longtime opponent of free trade, has consistently opposed — popular neo-Nazi blogger Andrew Anglin interpreted this as a sign that New Balance had become "The Official Shoes of White People."

“I’m a Nike guy. Or rather, I was,” Anglin wrote on the Daily Stormer, which propagandizes for white supremacist goals and has been outspokenly supportive of Trump. “It’s time to get on-board with New Balance now. Their brave act has just made them the official brand of the Trump Revolution.”

Whether in response to public outrage or simply to clarify their actual reason for supporting Trump (and New Balance deserves some benefit of the doubt, since from the get-go they contextualized their endorsement as motivated by his trade protectionism), New Balance tweeted out the following ode to diversity:

Like his political beau ideal, Anglin responded by throwing a Trumper tantrum of delusional protest, denouncing the "obviously fake Tweet" and claiming that LeBretton had since sent him an email denouncing "filthy anti-Republican Jews" and claiming that New Balance's original statement reads:

"New Balance endorses bigotry and hate in any form. As a 110-year old company with five factories in the U.S. and thousands of white male employees worldwide – New Balance is a Republican-driven organization and culture that believes in White Supremacy, integrity, community and mutual respect for white males around the world. One of our officials was recently asked to comment on a trade policy and was quoted correctly in context. We have been and will always remain committed to manufacturing in the United States."

Although Anglin's alleged statement comes across as a transparent forgery, New Balance and other businesses could still learn a valuable lesson from this incident. While it is understandably why so many businesses would prefer conservative or (in Trump's case) right-wing populist leaders, there is a danger to associating with individuals and movements that are so closely associated with hate speech. Twitter learned this lesson the hard way when its reputation as a haven for trolling and bullying convinced companies like Google and Disney not to risk acquiring it, which no doubt prompted them to ban multiple alt right accounts from their platform on Tuesday.