"Some are street thugs, but there is no military expertise within their ranks," says Oath Keepers fan Navy Jack 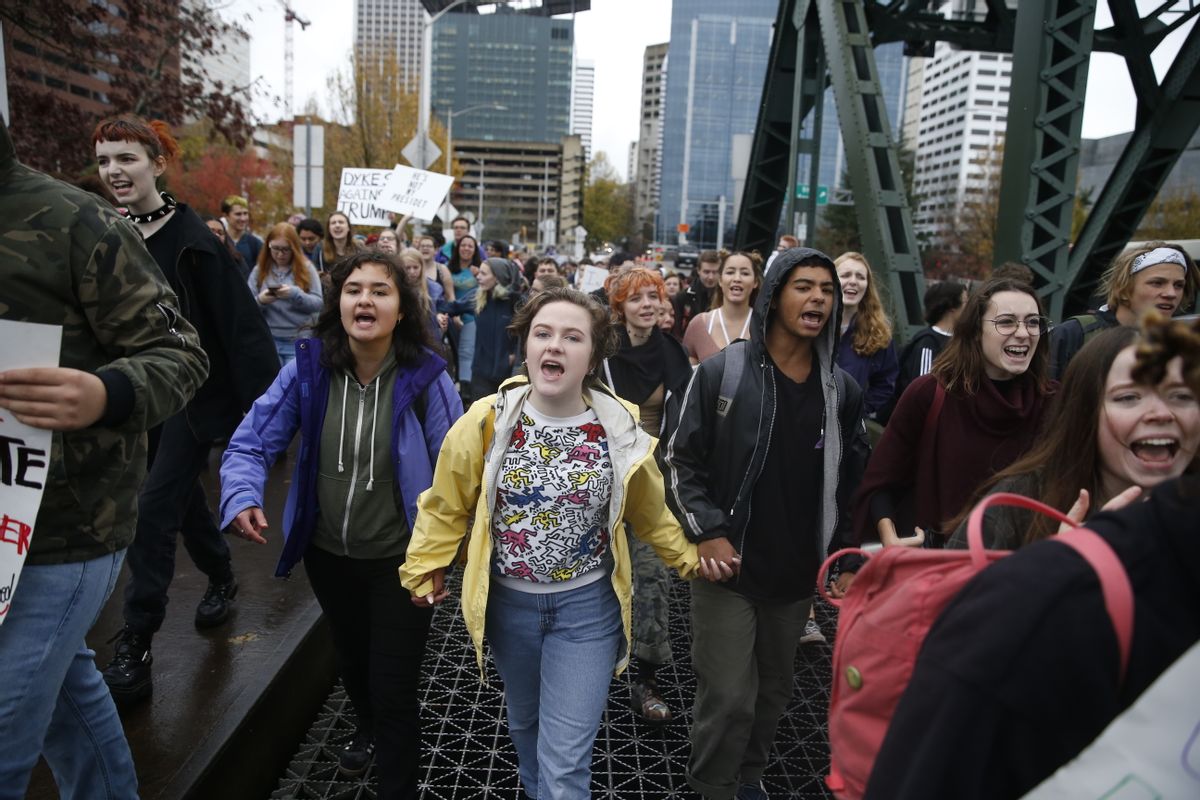 "Protesters proudly carried red communist flags emblazoned with the Soviet hammer and sickle, as well as Mexican flags, while they in turn burned American flags," someone with the pseudonym Navy Jack whined in a Monday post on the Oath Keepers' website. "Protests have turned violent in Oakland, Los Angeles and Portland. Physical attacks have occurred against the supporters of the President Elect in many other cities."

Trump protestors "are not concerned that their actions could lead to armed conflict with those that they oppose. In fact, many would like nothing more than to instigate a conflict that they believe would result in the elimination of their opposition," Navy Jack added. "They are completely unprepared to back up their bold assertions. They have no idea how quickly their supporters will fold and their plan will fail. Most of their supporters are merely college students. Some are street thugs, but there is no military expertise within their ranks."

He suggested, however, that the Oath Keepers group temporarily refrain from taking to the streets in opposition because "that is EXACTLY what the Globalists, such as George Soros, are hoping for; images and news stories of patriots (right-wingers) armed to the teeth, using force against the rioters."