Here's a scary phrase for you: Attorney General Ted Cruz

The Texas senator paid a visit to Trump Tower, and is now in the running to lead the Justice Department 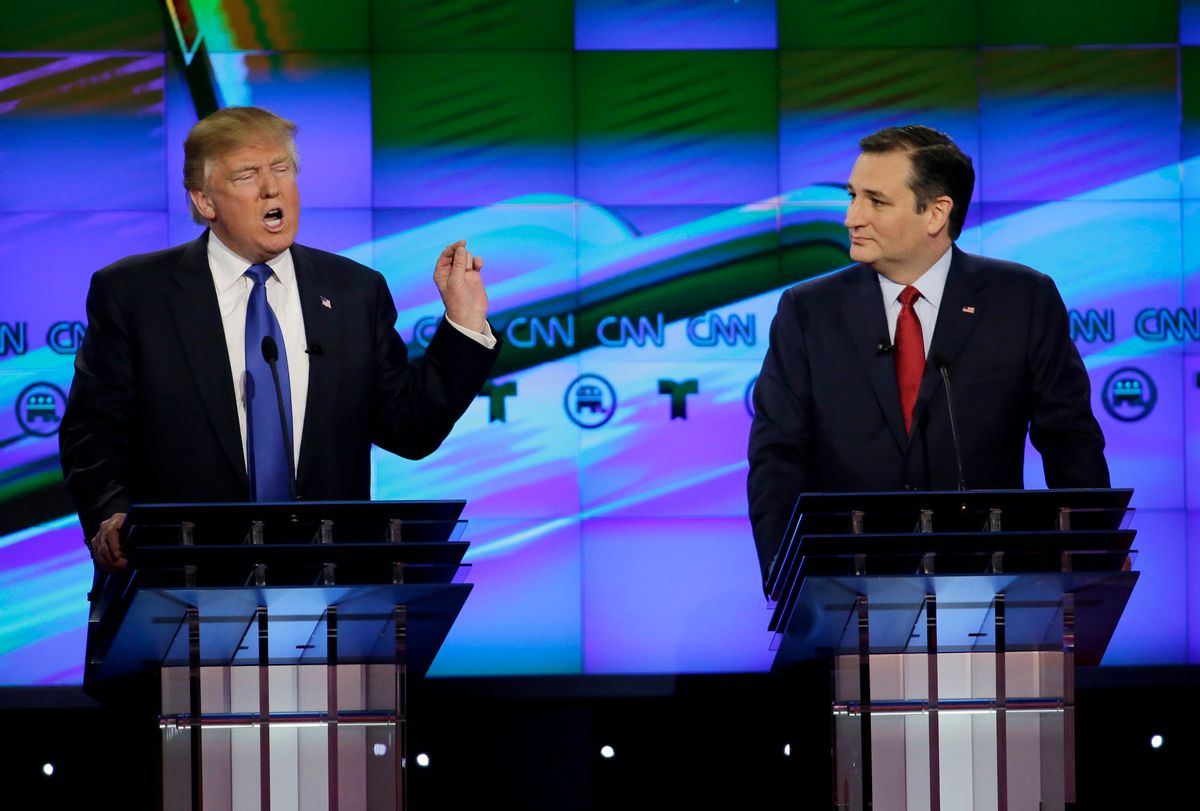 Sen. Ted Cruz visited Trump Tower on Tuesday, inflating speculation of whether the Texas conservative is vying for a role in President-elect Donald Trump's cabinet.

On his way out of Trump Tower, Cruz dodged questions from reporters regarding his potential role in Trump's cabinet.

Rudy Giuliani's name was mentioned before Friday's overhaul as a potential attorney general appointee, but the former New York mayor is now rumored to be in competition with John Bolton for the secretary of state gig.

South Carolina Sen. Lindsey Graham — who reluctantly endorsed Cruz over Trump in the Republican primary, comparing the choice to "choosing between getting shot or poisoned" — added that Cruz, "young and in the mold of [Antonin] Scalia," could potentially fill the late Supreme Court justice's vacancy:

Asked last week who should fill Scalia's vacancy, Graham told The Greenville (South Carolina) News, "I would put Ted Cruz on that list. I would suggest that President Trump look within the Senate."

"There is some talent there," he added. "There is no stronger constitutional conservative than Ted Cruz."