The Force was awakened: Carrie Fisher had an affair with Harrison Ford while filming "Star Wars"

Forty years later, Fisher talks about her relationship that surprises nobody 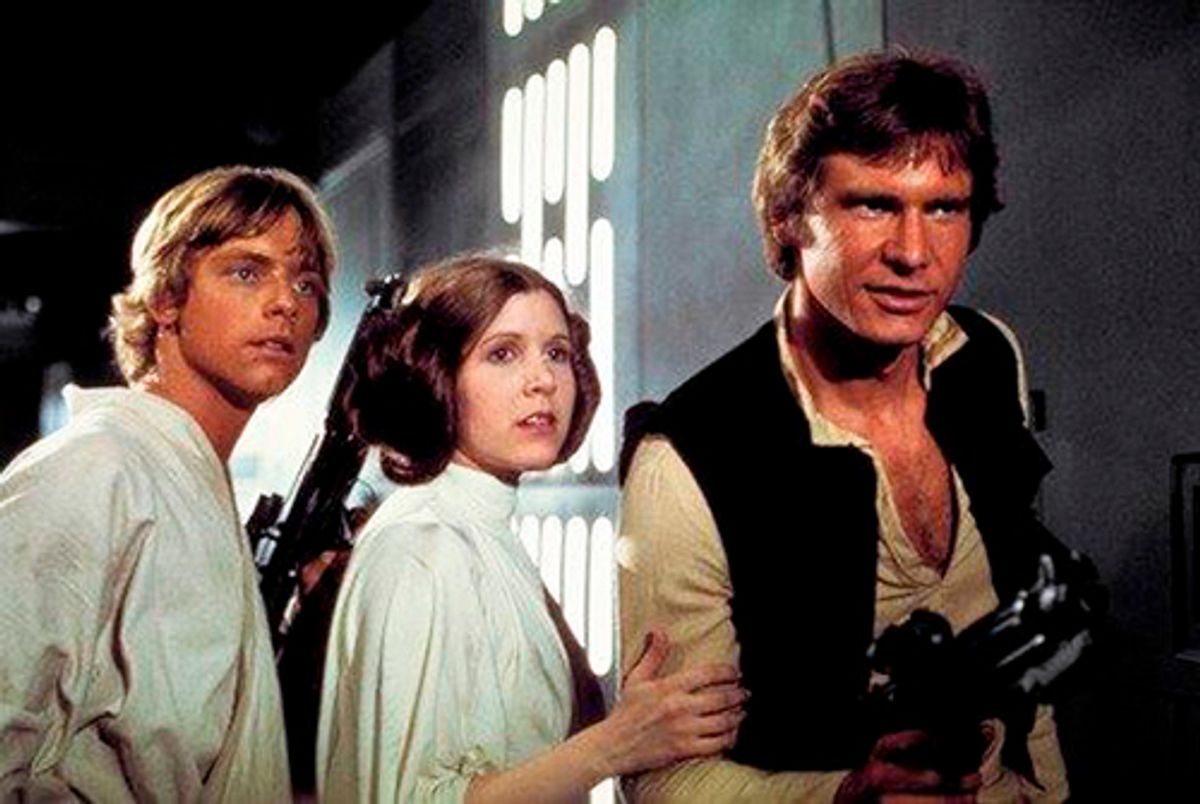 Carrie Fisher revealed in her new book "The Princess Diarist" that she and co-star Harrison Ford had an affair while filming the original "Star Wars" film in 1976.

Just 19 at the time, Fisher describes her relationship with Ford, who was married with kids and 33 years old, "as intense," estimating the affair lasted about three months.

Forty years later, Fisher, 60, wanted to write a book about her formative years. She apparently couldn't tell that story without detailing her experience with Ford. “I was so inexperienced, but I trusted something about him,” she told People. “He was kind.”

They first hooked up after a birthday party for director George Lucas.

Fisher, speaking for all of America, said that she was in awe of Ford's "hero's face" and referred to him as a "shining specimen."

While Han Solo and Princess Leia's relationship grows in the "Star Wars" sequels, Fisher and Ford's affair ran its course once shooting ended for the first movie.

Fisher told People that she remembers the relationship fondly.

Although most of us learned about this forbidden romance this week, we can now all look back and remember it fondly too.