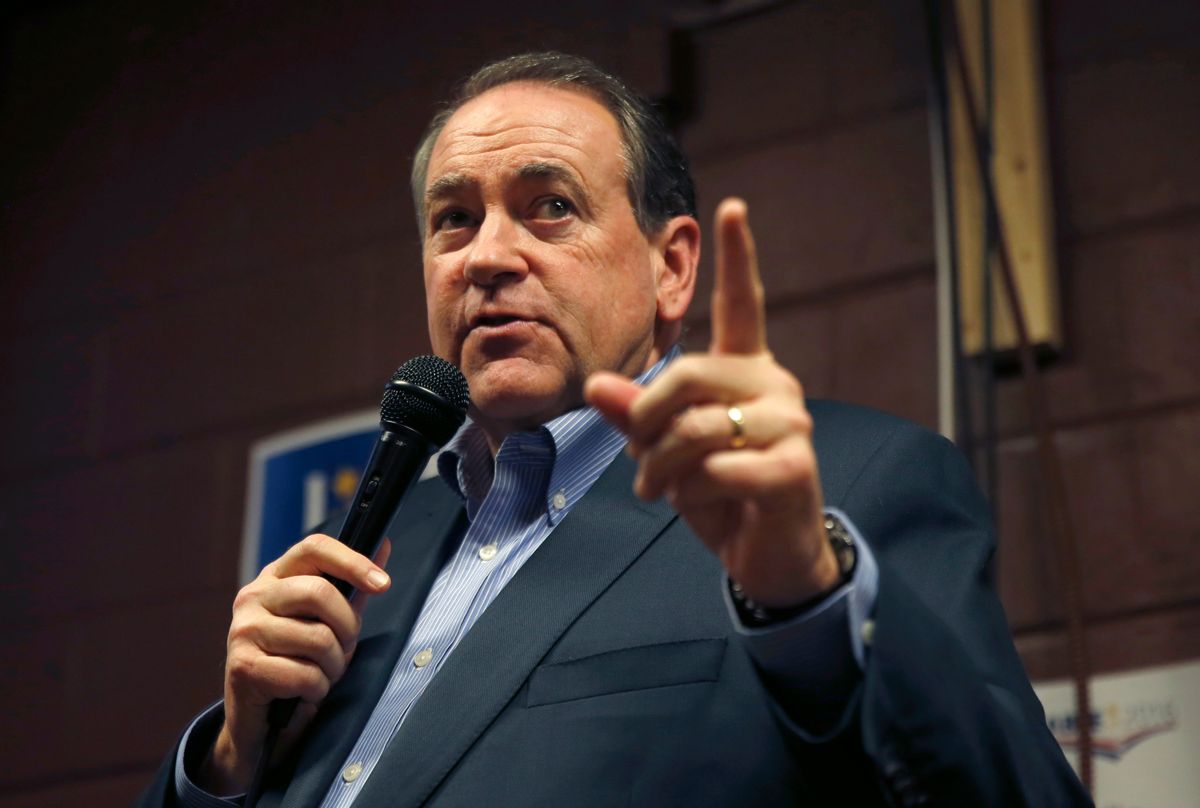 The controversy occurred when Huckabee posted an article from the Conservative Tribune on his Facebook page with the claim that a swastika spray-painted on a nondenominational church at the Northwestern campus had been put there by liberal Jewish students seeking to discredit Trump. In fact the swastika had been spray-painted in March, not after the November election of Trump, and there is no indication that the students were Jewish or politically motivated.

“They accused me of spreading false information and hatred, and demanded an apology,” Huckabee told The Forward, a U.S. Jewish publication. "And they’re right, I do owe readers an apology."

When Huckabee first put the story on his Facebook page, the post read, "They’re two liberal, Jewish Northeastern students who were trying to smear Trump and his supporters." In the comments section of the posting, Huckabee wrote, "Everything You Know Is Wrong Dept."

As a wave of hate crimes continues to spread across the nation following Trump's election, President-elect Trump and his surrogates seem determined to either ignore it or claim that many of the incidents were fabricated.

Meanwhile the hashtag #JewishResistance has started to trend on Facebook, with Jews expressing solidarity toward Muslims who are at risk of experiencing discrimination due to Trump's impending presidency.

i'm kvelling that #JewishResistance is trending. muslims, POC, immigrants, lgbtq people, we are with you.