Minivan makeover: The Chrysler Pacifica Hybrid could be the next hot car 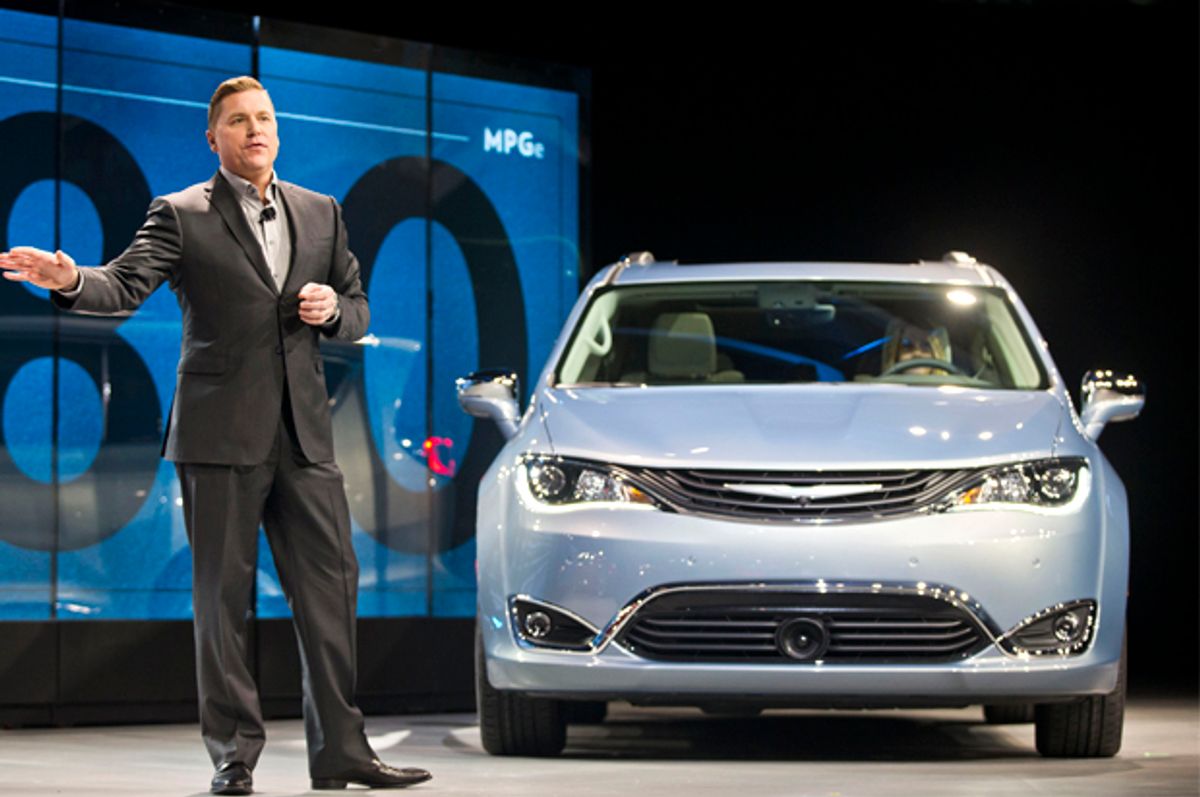 Chrysler's upcoming hybrid minivan, the Chrysler Pacifica Hybrid, is more than just a revolutionary new car -- it may, thanks to a $7,500 federal tax credit, also wind up being cheaper than its gas-powered counterpart.

There are a number of intriguing goodies in the new Pacifica Hybrid. It can travel up to 30 miles using nothing but electricity, gets 80 miles per gallon equivalent (MPGe) in the city and has a total range of 530 miles before needing to be repowered and refilled. This is made possible by the vehicle's 16-kWh lithium-ion battery pack, electrically variable transmission and regenerative braking. The car combines a 3.6-liter V6 with a plug-in electric hybrid drive system.

Chrysler isn't the only major automotive manufacturer to be making news in the eco-friendly car game. Toyota announced on Thursday that it plans on setting up a new in-house unit to focus on electric cars, while Tesla shareholders are voting on the same day to determine whether it should merge with solar panel manufacturer SolarCity.