These holidays, we have to model dissent for our kids

How can we parent through the aftermath of the election? 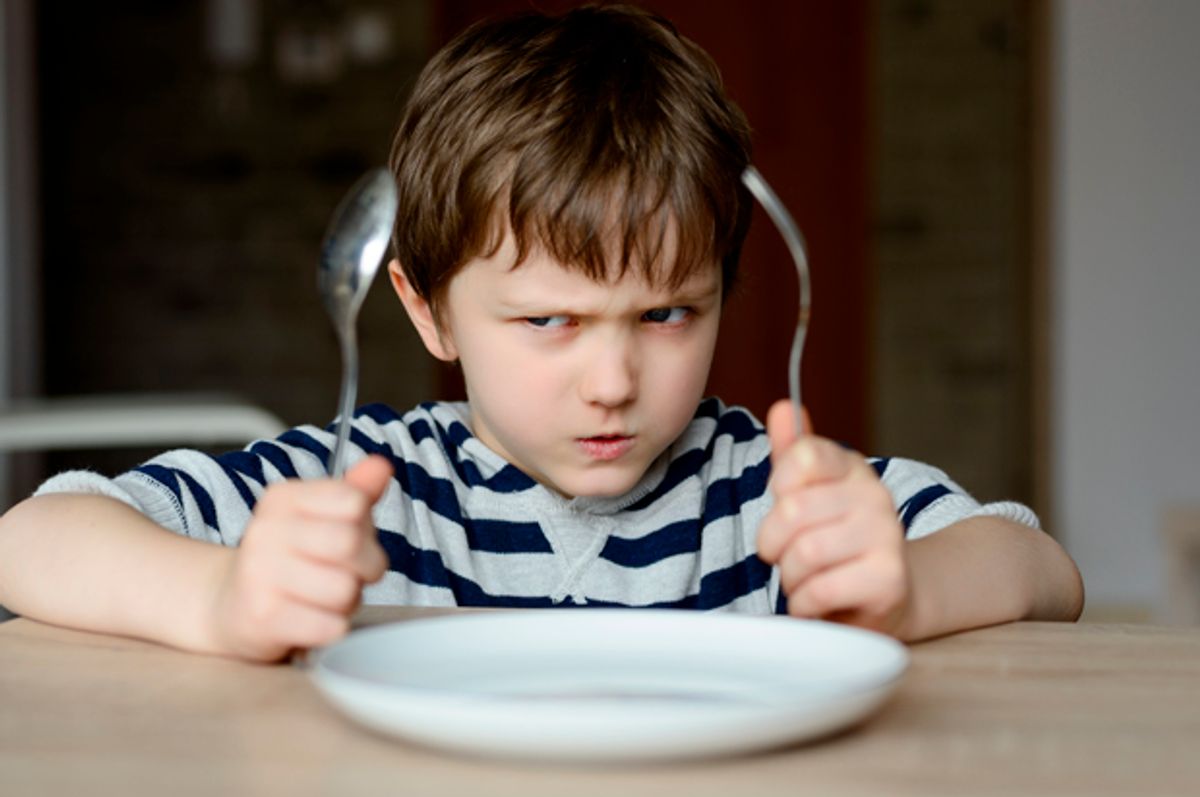 I'm so sorry, but for the sake of our children, we're probably going to have to get in some fights this holiday season. So buckle up, everybody, and let's figure out together how to practice conscientious conflict.

While America always seems to go into an annual collective frenzy the moment the Halloween costumes come off, the proximity of Election Day to the holidays seems particularly disadvantageous right now. It's hard enough to steel ourselves to go back home to the places and neighbors we've otherwise left behind, to come face-to-face with people we may love but strongly disagree with, to deal with large gatherings of uncertain crowds, with corporate parties and their enforced socialization with colleagues of varying political stances.

But this year? Whoooo, this year. That anxiety we're waking up with every morning now won't blow over on Jan. 1 either. It'll just be getting started. And in the midst of all of this tumult and stress, there are our kids. Our kids sitting at tables with family members who get their news from Breitbart. Our kids who live with neighbors who says they're not racist but whose voting behavior suggests otherwise. And to a far lesser but nonetheless important extent, our kids who go to school with the offspring of our cynical and disillusioned acquaintances, raging right now within their ostensibly liberal circle — parents who are bitterly critical and full of bile.

As a mother of two, I feel all of this acutely, every single day now. I'm facing, like a whole lot of people, entirely unchartered territory. While I am uncertain of many things, I do know that it feels profoundly necessary to not accept hate and divisiveness as just the way things are and equally to model hope and civic responsibility. I have to be very clear that I'm teaching my kids not to be silent.

I'm fortunate to live in one of those godless blue states, in a sodomite city that gave Donald Trump only 10 percent of the vote. My main conversational obstacle lately is the furious Bernie fan base in my orbit. Last week I ran into a neighbor, and our pleasant small talk swiftly nosedived into her scathing diatribe on how the Democrats had failed her.

In any other election and in a normal world, I'd have simply let her vent. But on that day, I had my daughters with me. So instead, I just said, "I disagree." She pressed on, so I repeated. "I disagree." And when she challenged me further, asking, "Well, what do you think the Democrats should have done?" I told her the truth — that I'm more interested now in what I can do to make it better. So when our fellow liberals go all hopeless and spoiling for a fight in front of your kids, I invite you, too, to politely, respectfully shut that crap down.

Then there's the other side of the fence. Like you, I have some real corkers in my circle. Some of them are blue-collar Fox News watchers. They are very angry; some are downright unstable and they are not fun to be around even in a more thriving climate. Some of them are affluent and educated and more adept at rationalizing their ability to vote without empathy. So far I've had limited communication with them, but can I tell you what I've said so far.

To the relative whose position all along was that she disliked Hillary Clinton and Trump equally and who told me last week that we have to "accept the outcome and move on," I have said, "No. We don't. We have to love and serve our country. We don't have to give any false allegiance to leaders who've been endorsed by Ku Klux Klan." And to another relative who told me she was glad the election was over because "there was so much negativity on both sides," I have said, "That's not true. It's not." I'm going to keep talking like that for the foreseeable future.

My friend and fellow mom of two, Kate told me recently that her upcoming strategy is to accept that "Thanksgiving is going to be interesting." She said, "I feel we have no way out, since the in-laws have helped us immensely financially during my last surgery and insist on seeing the kids who they spoil like only grandparents should. In the past, I warned my kids that they don't hold the same views we do — my husband's dad and his stepmom are evangelicals — pro-life, homophobic."

She added, "While we stand up for what we believe in, we refuse to get into a shouting match and there comes a point where you realize that you aren't going to change someone's mind. So you have to move on and focus on things you can change and support the people who need support. My goal this year is to keep a level head and arm myself with facts, but honestly they are so obstinate and refuse to let anyone get the last word."

That's a good plan. Expect people to be heated and emotional and quite likely ill-informed. Don't even think we can change their minds. Do expect that we can at least delegitimize inappropriate behavior to our children. What has to be done going forward is the vigilant refusal of normalization. What has to be done is to prepare our kids ahead of time, when possible, that Grandpa is going to say some things that are untrue and unkind to other groups of people at dinner.

What can be done is to say, "I disagree." "That's not true." "We don't talk like that in our home." The world needs empowered young people more than ever, and I am going to use this epic disaster to teach my daughters respectful dissent with our allies, common ground with non-extremists from the other side of the fence and collaboration without ego, without finger-pointing.

Frankly, I'm already exhausted. But conflict-averse silence is no longer an option. And every emboldened blowhard at every holiday gathering this year had better come ready for a challenge.