WATCH: Hillary Clinton rallies supporters under a Donald Trump presidency: "America is worth it"

Clinton delivers what may be her final speech in the public spotlight, as details of what went wrong come out 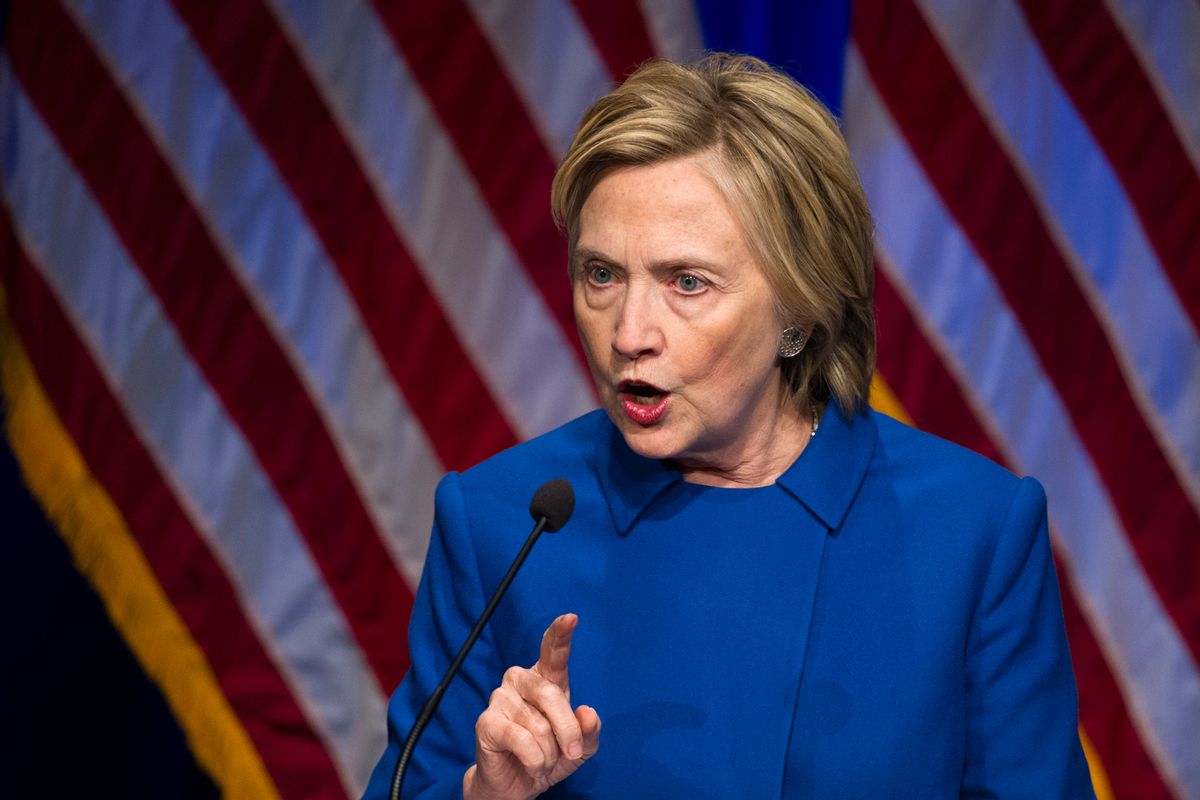 Former Secretary of State Hillary Clinton delivered an emotional speech at a Children's Defense Fund gala on Wednesday, urging her supporters not to lose faith in America and remember the importance of providing a better country for our children.

“I believe the measure of any society is how we treat our children, and as we move forward into a new and in many ways uncertain future, that must be the test for America and ourselves,” Clinton told the assembled audience. “No child should be afraid to go to school because they’re Latino, or African-American, or Muslim, or because they have a disability.”

Clinton's comments about children being afraid to go to school is likely a reference to the spike in racial and gender-based bullying in the aftermath of Donald Trump's election.

Her speech also acknowledged the many ideological rifts — between liberals and conservatives, feminists and anti-feminists, advocates of diversity and bigots — that were exposed by the Trump-Clinton contest.

"The divisions laid bare by this election run deep, but please listen to me when I say this: America is worth it. Our children are worth it. Believe in our country, fight for our values and never, ever give up," Clinton declared.

The emotional highlight of the speech came when Clinton divulged a personal story, describing how her own mother had been abandoned in her youth.

“Look at me and listen,” Clinton said when discussing what she would say to her mother today. “You will survive. You will have a family of your own, three children, and as hard as it might be to imagine, your daughter will grow up to be a United States senator, represent our country as secretary of state and win more than 62 million votes."

A recent postmortem published on Wednesday by The Huffington Post has argued that Clinton's loss was in many ways due to a complacent attitude toward their own impending victory. This resulted in a shortage of paid canvassers in crucial Midwestern states, including only having one-tenth of the paid canvassers in Michigan that John Kerry had during his unsuccessful campaign in 2004 (Clinton lost the state by 12,000 votes). To compensate for the shortcoming, state and local party officials had to raise $300,000 to pay 500 people, often using outdated information to do so.

In Wisconsin, Clinton's campaign refused to spend $1 million in get-out-the-vote efforts or send surrogates besides Chelsea Clinton on the candidate's behalf, resulting in low turnout from the very precincts that local operatives had warned could be problematic. For instance, even though Obama won Milwaukee County with 328,000 votes in 2012, Clinton only received 289,000 votes in 2016.

Clinton herself has placed blame for her defeat at the feet of FBI Director James Comey, who sent a letter to Congress announcing that the agency was renewing its inquiry into her use of a private email server only 11 days before the election.

“But our analysis is that Comey’s letter raising doubts that were groundless, baseless, proven to be, stopped our momentum,” Clinton told donors during a farewell conference call. “We dropped, and we had to keep really pushing ahead to regain our advantage — which going into the last weekend, we had. We were once again up in all but two of the battleground states, and we were up considerably in some that we ended up losing. And we were feeling like we had put it back together."