And you thought all Valeant did was price gouge ... : Former executive at the Big Pharma firm charged with fraud 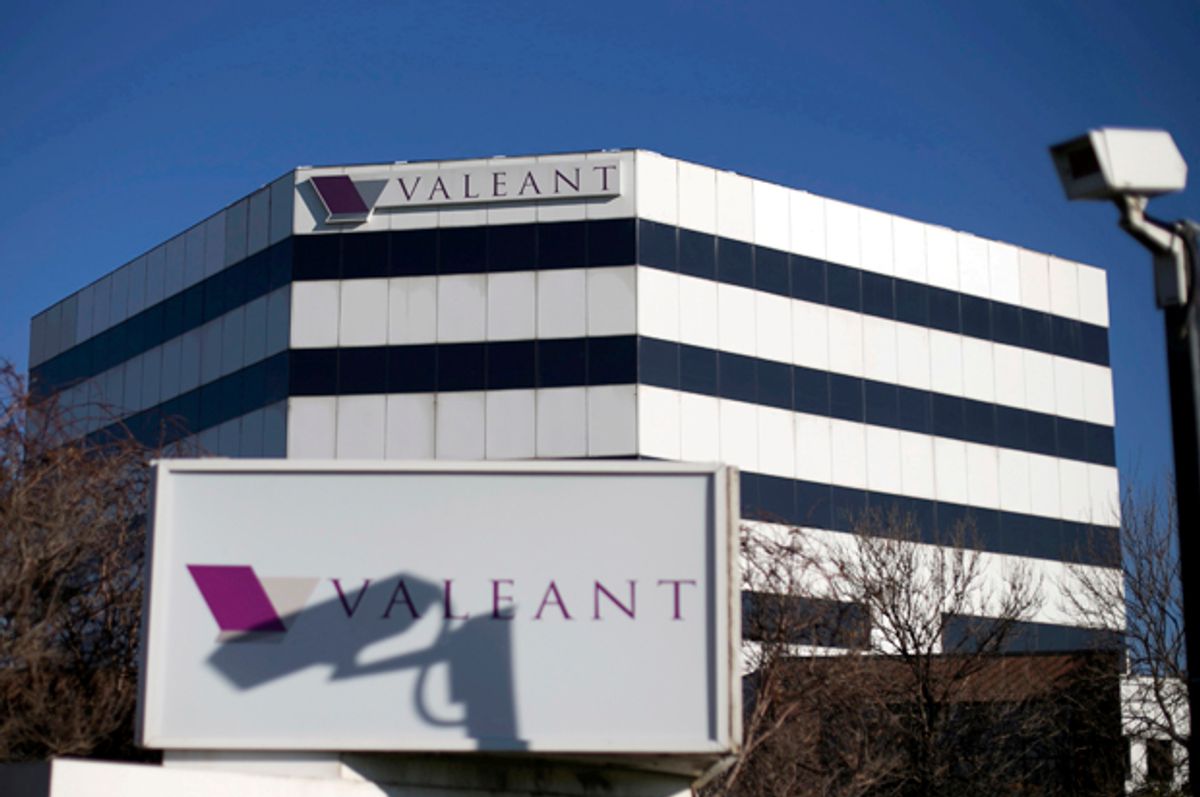 Val­eant Pharmaceuticals International is once again making headlines for all the wrong reasons. Instead of being accused of price gouging customers, though, this time it's because a former executive is being charged with fraud.

Gary Tanner, a former executive at Valeant, has been charged with attempting to defraud the pharmaceutical giant by conspiring with Andrew Davenport, the former chief executive of Philidor Rx Services, in order to create business between their two companies.

According to the charges filed by the U.S. Attorney's Office for the Southern District of New York, Tanner received payments from Philidor in return for promoting their business within Valeant. To do this, he allegedly created a fake email account with the pseudonym "Brian Wilson" and used it to create shell companies with Davenport into which they transferred millions of dollars.

The complaint alleges that Tanner used $9.7 million worth of illicit funds to buy a new home, pay off loans, fund his brokerage account, invest $2 million in a retirement account, and engage in other personal spending.

In total, the illegal dealings between Tanner and Davenport are believed to have cost Valeant shareholders nearly $300 million.

“We allege these two men participated in a fraudulent scheme to illegally use Philidor as, essentially, a vehicle for personal profit and self-dealing.” explained U.S. Attorney Preet Bharara in a press conference on Thursday. “As alleged, these two men purported to be arms-length business counterparts ... but they were in fact, we allege, partners in crime.”

Valeant also made headlines earlier this year for price gouging customers on drugs like the heart medications Nitropress (nitroprusside) and Isuprel (isoproterenol), with lawmakers on both sides of the aisle condemning them during Senate hearings earlier this year.