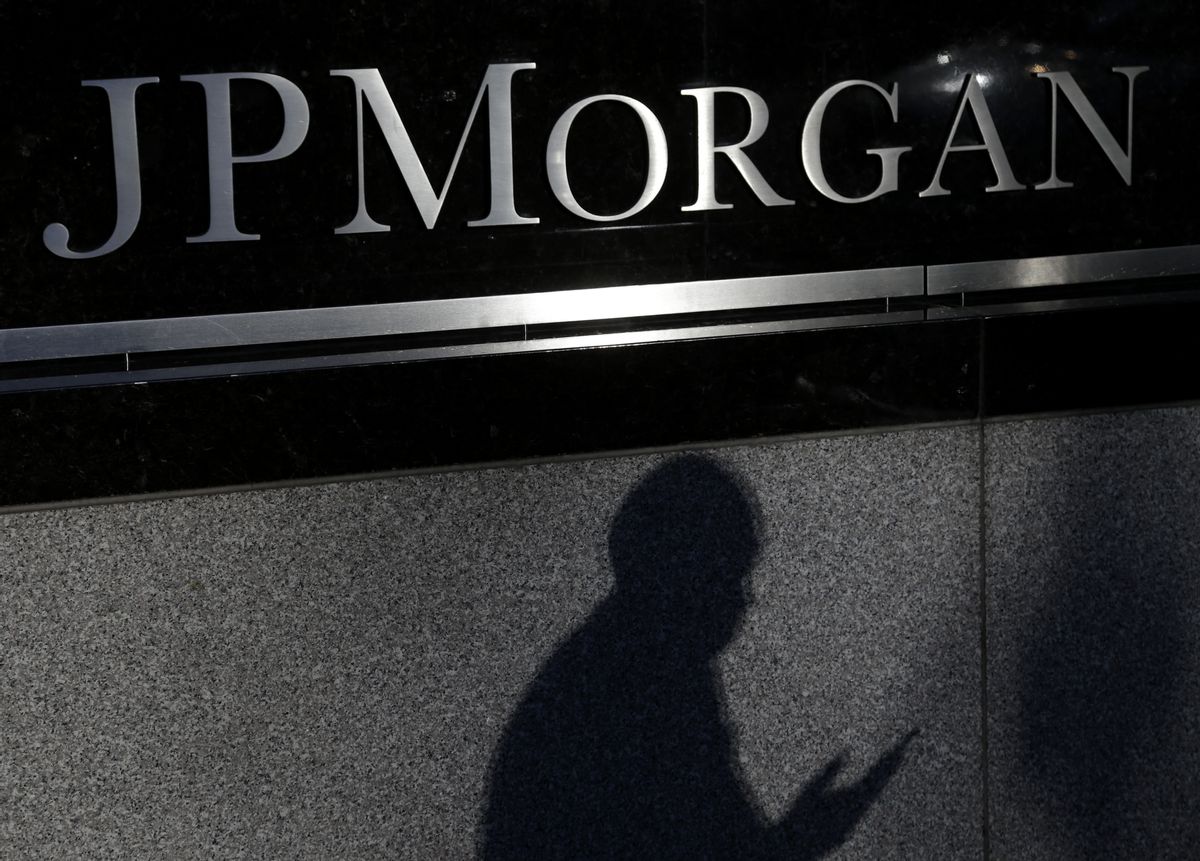 FILE - In this Nov. 19, 2013, file photo, the shadow of a pedestrian is cast under a sign in front of JPMorgan Chase & Co. headquarters in New York. After having just been awarded a multibillion-dollar settlement stemming from the financial crisis, the investment giant launched the hashtag (hash)AskJPM for people to ask career advice questions. But the move badly underestimated consumer sentiment toward banks and showed a tone of deafness to how social media works. (AP Photo/Seth Wenig, File) (AP)
--

JP Morgan Chase has agreed to pay a fine $264 million in response to claims that it hired unqualified Chinese employees because they were the children of officials from whom the bank hopes to obtain business.

In a scheme that the Department of Justice described as "bribery by any other name" and a threat to national security, JP Morgan Chase is alleged to have hired roughly 100 interns and full-time employees because foreign government officials requested that they do so. In return, JP Morgan Chase received business that earned them more than $100 million.

These actions violate the Foreign Corrupt Practices Act, which prohibits American companies from paying officials in foreign governments to secure business. Although JP Morgan Chase rewarded foreign officials by employing their loved ones instead of directly paying them, the Justice Department effectively argued that this still constituted bribery, particularly because there were many cases in which the unqualified candidate was hired due to a pre-existing understanding that the bank would be awarded business in return.

The JP Morgan Chase settlement is particularly important given that Jamie Dimon, the CEO of JP Morgan Chase, is on President-elect Donald Trump's short list for secretary of treasury (a position for which Dimon has repeatedly claimed to have no interest). Other close Trump advisers include Wall Street insiders like former Goldman Sachs executive Steve Mnuchin, who also served as finance chair of Trump's presidential campaign, and Jeb Hensarling, who has ties to the payday loan industry.