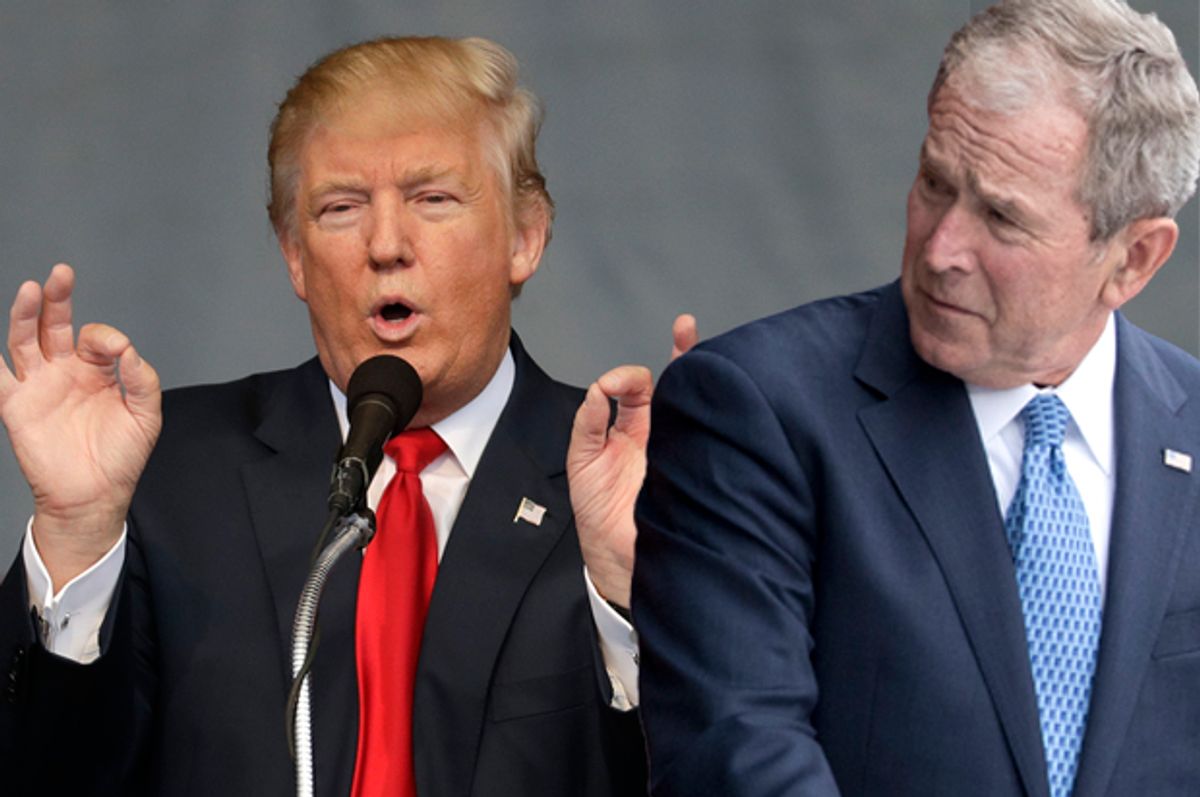 Election postmortems drag on and all sorts of angles, with varying degrees of plausibility, are being examined for how things went so horribly wrong: racism, sexism, disaffected rural white voters standing next to delightfully photographable tractors. But one potential explanation continues to be overlooked: voter complacency — or more specifically, Democratic voter complacency.

Contrary to headlines suggesting that a sudden rush of previously checked-out white voters rushed to the polls, Donald Trump's election numbers don't exceed what Mitt Romney got in 2012 by very much. Trump captured the attention of fewer than 200,000 new voters. This means he got the "Pepe the Frog" morons who had probably never registered to vote before this — and not much else. But Hillary Clinton's count currently stands at 3.5 million fewer votes than Barack Obama got in 2012.

Many are rushing forward now, of course, to suggest that was because Clinton was a uniquely uninspiring candidate, which is to say they are projecting their own sexist reasons for disliking her onto the public at large. Thomas Frank of the Guardian wrote that Clinton was "exactly the wrong candidate for this angry, populist moment" and suggested the Democrats should have run "Joe Biden, with his powerful plainspoken style." Because nothing says populist hero like Biden's 2000 vote for a bill undermining the right to declare bankruptcy — legislation that Hillary Clinton asked her husband not to sign. (He didn't.)

But sure, lots of people probably stayed home because they're threatened by women in authority, whether they rationalized it by pretending Biden is some populist outsider or not. But it's also worth noting that this election, despite the big honking Voldemort-as-a-game-show-host character at the center of it, played out almost identically as the infamous presidential election of 2000 and with the same result: Huge swaths of Democratic voters got sick of the whole thing and just stayed home rather than participate.

A refresher for those who don't, as I do, wake up in a cold sweats after nightmares about "hanging chads": After eight years of relative peace and prosperity under President Bill Clinton, his vice president, Al Gore, ran against a guy who was then the governor of Texas named George W. Bush. (Heard of him?)

It felt like the Reagan years were permanently behind us and without that dragon breathing down our back, liberals felt freed up to engage in their favorite hobby, which was purity testing one another. A third-party candidate named Ralph Nader, running on the Green Party ticket, ran around demonizing Gore, calling him a "coward" and saying his supporters had a "servile mentality" and claiming Gore's Supreme Court appointees would be identical to Bush's.

Meanwhile, the mainstream media, apparently bored of running the same stories about goody-two-shoes Democrats who are competent and well-meaning, decided to circulate stories of a bunch of scandals about Gore made up out of absolutely nothing. He claimed to have invented the internet! (He didn't.) He sighed too much during the debate, which made him look like an insufferable nerd next to that charming if kind of daft George fella! He was also falsely accused of fundraising malfeasance and bullied for supposedly getting wardrobe advice from Naomi Wolf, which is apparently feminine and therefore shameful behavior.

The result was a low-voter-turnout year, with 51 percent of the voting-age population turning out. By contrast, the turnout was 55 percent in 2004 and 57 percent for Obama's first presidential election in 2008. And who can blame voters for not turning out, when the whole campaign season was stupid? Plus, things were going pretty well, and so there was no sense of urgency to drive people to the polls. The result was, however, that Gore won the popular vote, but (by a razor-thin margin in Florida) failed to win the Electoral College tally.

Replace "I invented the internet" with "emails," "Naomi Wolf" with "pneumonia" and "Ralph Nader" with "Jill Stein," and you're looking at a rerun of 2000. Just like then, the incumbent president has enjoyed high-approval ratings that should have translated into votes for his successor.

But it seems that satisfaction with the way things are going doesn't necessarily mean that people show up at the polls to vote for more of the same. Instead, it lulls them into a sense of complacency. In 2008, voters rushed to the polls in desperation for change after eight years of Bush's warmongering and economic destruction. This year they've already forgotten how bad things can get.

After the 2000 elections, it took months for the country to realize the moral weight of treating our elections like a circus sideshow instead of a democratic process, but after Sept. 11, 2001, we learned what it means to have an imbecile like Bush in charge instead of a mature statesman like Gore. Unfortunately, the cost of that lesson was immeasurably high — especially since it only took eight years of having a grownup in charge again for us to forget how serious shit can get and fast.

It seems we might be figuring that out a little quicker this time, since the awfulness of Trump is undeniably self-evident. It's a shame that people can't figure out how much their vote matters before the election happens, though.

It's also difficult to imagine what it will take to motivate people who have lost that sense of urgency that drives them to the polls, even though organizing (year-round through unions and community organizers and not just at election time) will help. That's one reason Republicans' turnout is pretty steady because they have churches and other organizational structures that get out their vote.

After the 2000 election, Gore — the same man who spent months being demonized as a quisling, an effete snob and an irredeemably corrupt sellout — immediately turned into a beloved elder statesman, with many of the same people who had supposedly disliked him coming to admire his grace, strength and moral commitment to fighting climate change.

We can already see the same process happening to Hillary Clinton. She got to spend the election being unfairly painted as corrupt, dishonest, shrill and even sickly. But by the time she was conceding to Trump on the morning of Nov. 9, she had morphed into a figure of grace and strength who bore no resemblance to the misogynist stereotypes she had been drowning in for months.

Maybe next time we have such a person running after a successful Democratic president, we should give him or her a chance rather than grinding that candidate into dust with inconsequential bullshit. But we're going to have to wait until 2028, at best, to give that a try.