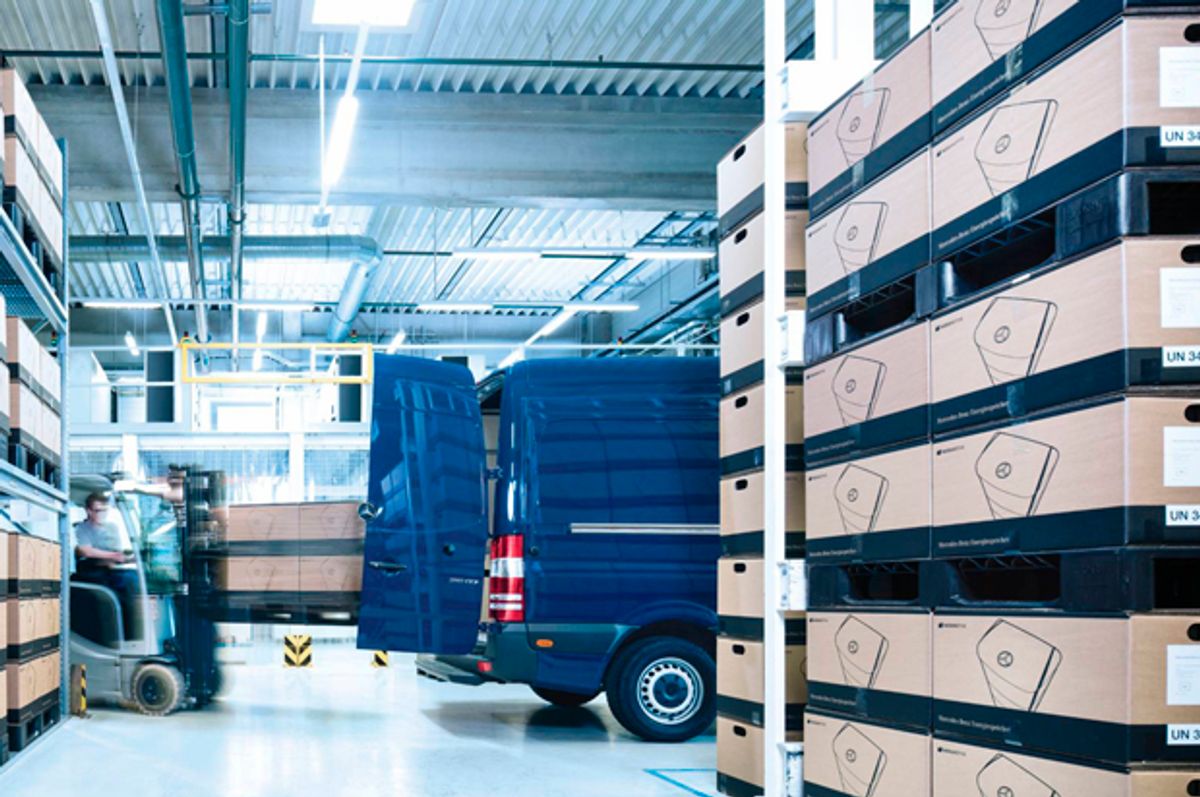 Mercedes-Benz Energy Americas is setting up shop in Sunnyvale, California, just 12 miles from the Palo Alto headquarters of Tesla Motors, the electric car manufacturer that's been marketing the Powerwall, its own branded residential energy storage unit, since last year. Eventually, Daimler has said, it will roll out industrial systems like those that Tesla is already installing

Meanwhile, BMW, Nissan and General Motors all have moved forward with plans to introduce their own versions of these power systems to help renewable-energy-loving homeowners reduce their dependence on their local power grids.

The move is part of a profound shift underway in the auto industry, as autonomous driving, ride-sharing and electric motors seem poised to radically change motorized transport. Car companies see great synergy in their development of electric cars, hoping to carve a niche for themselves in a completely different industry. Whether there’s a large market for home battery storage systems branded with an automaker’s logo remains to be seen, but no maker of electric cars is sitting idle.

“There’s a certain amount of brand desirability around a battery being from Tesla or Mercedes,” Sam Wilkinson, senior researcher of the solar and energy storage industry at IHS Markit, told Salon. “Does the same rationale to the consumer apply in this sector? I’m a little bit skeptical of that, but I think the important thing is to look into the future where the relationship between stationary energy storage and electric vehicles will become much tighter and much more integrated.”

Daimler’s dip into renewable-energy systems began last year when it first introduced solar storage systems in Germany, one of the world’s leaders in adoption of residential solar, though its Deutsche Accumotive subsidiary. Deliveries to customers in Germany started earlier this year. Although Daimler has not commented on how well the systems have been received there, its expansion into the North American market suggests the company sees potential for growth.

One of the main drivers for this push by automakers into the stationary energy storage market involves the physics of lithium ion batteries. Long before they wear out completely, these large lithium ion battery packs are no longer useful for electric cars, so automakers are trying to figure out how to utilize these batteries for other purposes.

“You can either recycle the materials from an electric-car battery or you could sell the battery as an energy storage device, which requires much less performance,” said Sam Korus, an industrial innovation analyst at market researcher and investment management firm ARK Invest.

This offers automakers a powerful incentive to look for ways to profit from each electric-car battery pack they produce. But in the end automakers face limitations that solar companies do not: The primary reason to have a stationary battery storage system is to collect energy from solar panels, which means companies that market the entire package — the solar panels and the battery packs — are better positioned.

And for now the only automaker with business activity in electric cars, battery production and solar energy systems is Tesla Motors. The company’s CEO Elon Musk who has been pushing for a merger with SolarCity, the nation’s largest solar services provider co-founded by Musk a decade ago. Even if the merger doesn’t go through (Tesla investors are wary), Tesla’s close ties to SolarCity and its move to manufacture its own supply of batteries give it an advantage over other automakers. (It’s an advantage assuming both profit-challenged and debt-laden companies survive in the long term.)

Automakers realize they face a battery-recycling problem, which is driving their efforts to get into the business of energy-storage systems. German automakers like Mercedes-Benz, BMW and Volkswagen in particular are planning to unleash several new electric and hybrid gas-electric cars in the coming years, which means they will need a lot of batteries — and plans for what to do with them when they get replaced.