Do all smartphone batteries suck? Apple recalls the iPhone 6S to replace its defective power pack

Apple found that battery problems cause phones to shut down suddenly, which is better than spontaneously combusting 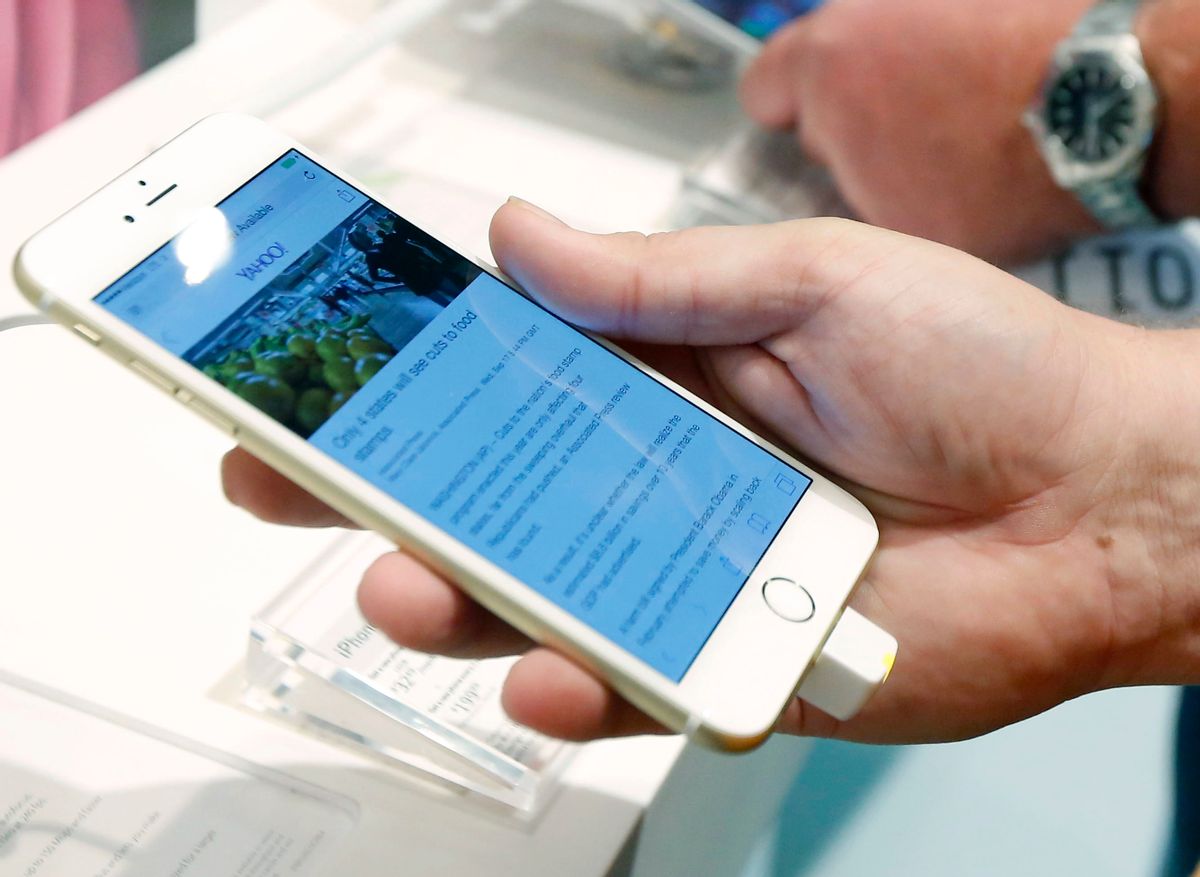 FILE - In this Sept. 19, 2014 file photo, a customer looks at the screen size on the new iPhone 6 Plus while waiting in line to upgrade his iPhone at a Verizon Wireless store in Flowood, Miss. A newly-discovered glitch in Apple's software can cause iPhones to mysteriously shut down when they receive a certain text message. (AP Photo/Rogelio V. Solis, File) (AP)
--

Smartphone battery issues are back in the news, albeit without the same safety concerns as the infamous exploding Galaxy Note 7 batteries: Apple has issued a partial recall of their iPhone 6S handsets because some batteries cause the phones to suddenly shutdown. It's better than spontaneous combustion, but still a major problem.

As Ars Technica reported on Monday, "It's understood that the sudden shutdown kicks in once battery charge drops to between 50 and 60 percent — a glitch first identified by the China Consumers Association, which asked Apple to investigate the problem last week."

Apple insists that the problem has only impacted "a very small number" of iPhone 6S handsets and that the battery glitches do not pose "a safety issue." They also claim that the phones needing to be recalled only come from a "limited" range of serial numbers, with customers being told to go to an Apple store or authorized third-party service provider, or to contact customer service support, to get a free inspection of their serial number to ascertain whether their device should be recalled.

That said, Apple declined to comment on how many phones were actually effected when asked by Ars Technica.

This isn't the first time this month that the iPhone 6S has made unflattering headlines for Apple. After ifixit.org first began reporting that the iPhone 6 and 6 pluses suffered from "touch disease" -- that is, when the screen shows a gray bar and has touch responsiveness issues before eventually dying -- Apple has agreed to replace customers phones that have been effected. Even so, Apple has not admitted that the cause could be a manufacturing defect, instead claiming that the touch disease occurs after the phone has been "dropped multiple times on a hard surface."