Donald Trump is very popular right now: Nearly half of Americans like him

Before entering office, the president-elect is at a 46 percent approval rating — the lowest in recent history 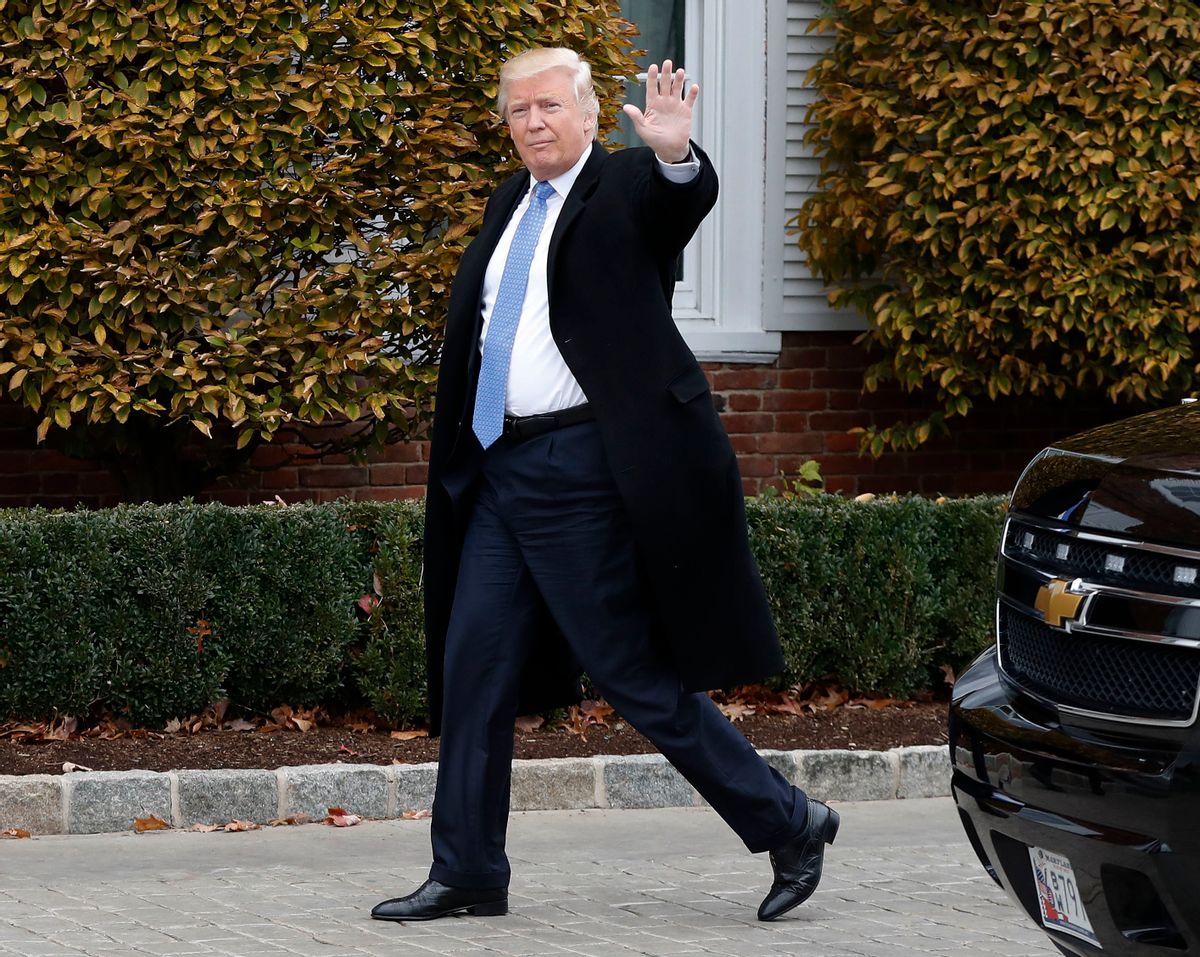 The first grades are coming out for President-elect Donald Trump — and they're not promising.

According to a poll from Politico/Morning Consult, 46 percent of Americans have a favorable impression of the presidential election winner. As Politico puts it, his popularity "soars," rising 9 points from where they were right before the election.

In a different survey Pew Research Center released the results of its quadrennial post-election survey on Monday — and they were not promising for President-elect Donald Trump.

By contrast, 57 percent of voters gave Barack Obama an A or B after his 2012 reelection campaign, while 75 percent gave him a similar score after his 2008 campaign.

Indeed, for the first time in the history of Pew's post-election surveys, more voters gave the losing candidate a higher grade than they did the winning one. Hillary Clinton received a 43 percent mark in the A or B column, which is comparable to Mitt Romney's 44 percent from the 2012 election.

Voters are somewhat more optimistic about the success of Trump's upcoming term, although opinions are predictably polarized based on partisan allegiances. While 56 percent of voters expect Trump to succeed (9 points lower than expectations for Obama in 2008, 67 percent), that number is inflated by the fact that 97 percent of Trump's supporters believe his first term will be successful. Two-thirds of Clinton supporters — 76 percent — believe he will be unsuccessful.