Here's a reminder that Donald Trump just settled his Trump University fraud cases, which alleged that people were swindled out of lots of money

Forget about "Hamilton." Here's the drama worth watching 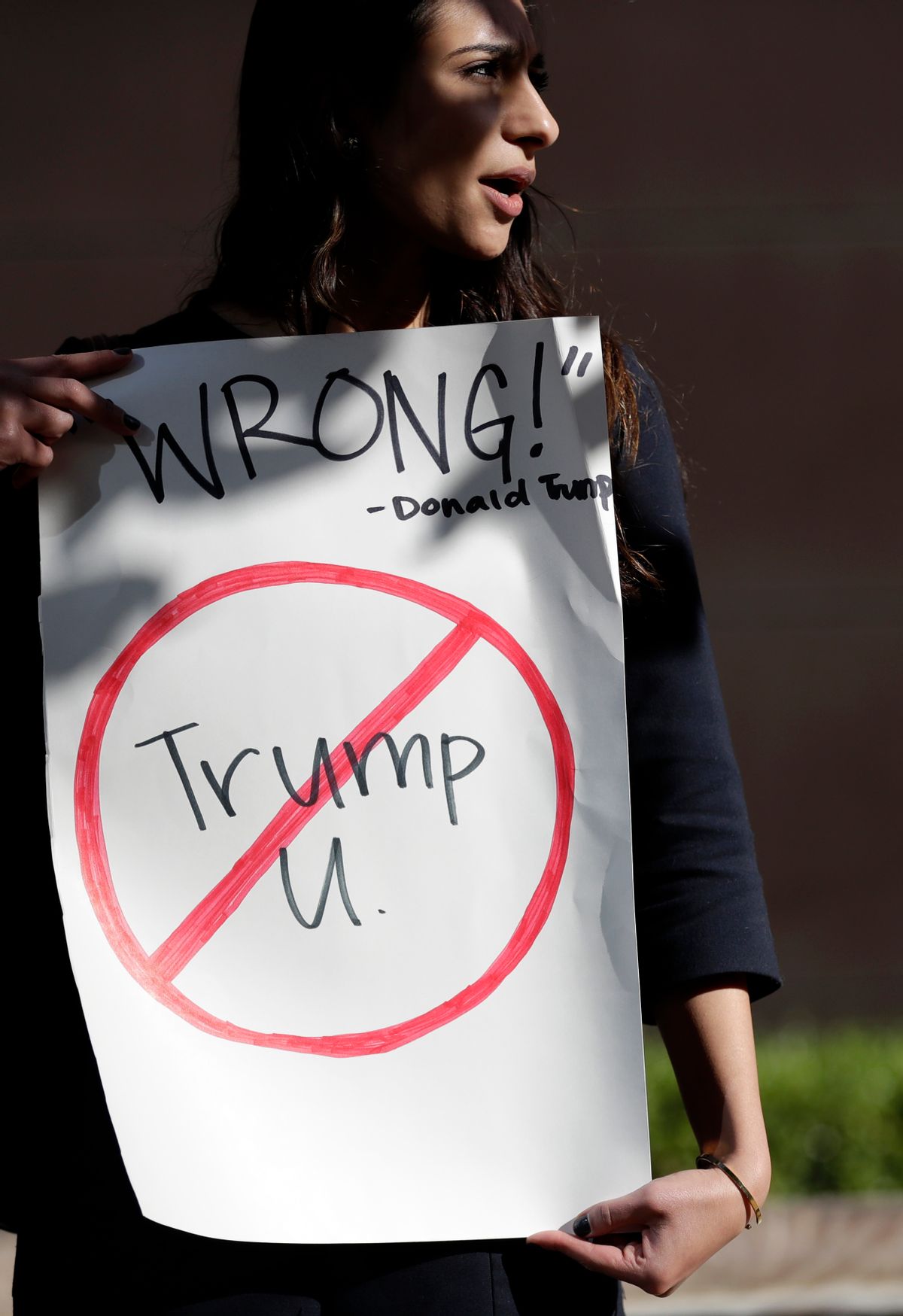 President-elect Donald Trump may to direct public attention to his tweets berating the cast of "Hamilton," but members of the media and Americans in general would be better served by focusing on the three Trump University cases that the New York billionaire settled on Friday.

The settlement, which The Wall Street Journal reported amounted to $25 million, has been depicted by Trump as a magnanimous move on his part made with only the country's best interests at heart.

I settled the Trump University lawsuit for a small fraction of the potential award because as President I have to focus on our country.

The ONLY bad thing about winning the Presidency is that I did not have the time to go through a long but winning trial on Trump U. Too bad!

After the settlement was announced, a spokeswoman for the Trump Organization told The Wall Street Journal that "while we have no doubt that Trump University would have prevailed at trial based on the merits of this case, resolution of these matters allows President-elect Trump to devote his full attention to the important issues facing our great nation."

Meanwhile U.S. District Judge Gonzalo Curiel — whom Trump infamously attacked for his Mexican heritage in June — has said that he will need to review the deal to make sure it is “fair, adequate and reasonable.”

Either way, the charges involved, as reported by Fortune in March, however, are more serious than Team Trump's casual dismissal of it would indicate.

Created in 2004, Trump University was not an actual university but didn't change its name to Trump Entrepreneur Initiative until receiving a cease-and-desist letter from the New York attorney general's office.

Starting in 2007, Trump University began providing live seminars that participants described as akin to being inside a "sales funnel" whereby they were lectured by speakers who the plaintiffs recalled as having little or no real estate experience, despite being promoted as "amazing instructors" who had been "handpicked" by Trump himself. (Trump himself could not identify dozens of them during his depositions).

The seminars were instead allegedly used to pressure students into buying mentorships at Trump University: $34,995 for the Elite Gold program, $19,495 for the Elite Silver program and $9,995 for the Elite Bronze program. Plaintiffs claimed that they lost from $1,500 to $35,000 investing in Trump University programs. While these programs promised to attach students with mentors for one year who would guide them through the real estate industry, the mentorships always stopped after no more than six hour-long follow-up sessions.

Trump not only denied the allegations but pointed to positive reviews received from other students as proof that his program wasn't a fraud, even though those reviews were often administered under instructor supervision. Trump's lawyers defended him by kicking the can down the road, first requesting and receiving postponement during the election on the grounds that the legal proceedings shouldn't interfere with the campaign and then sought another delay on the grounds that he needed to focus on preparing for the presidency.