After months of preaching the importance of privacy and security, Trump team already leaking transition plans 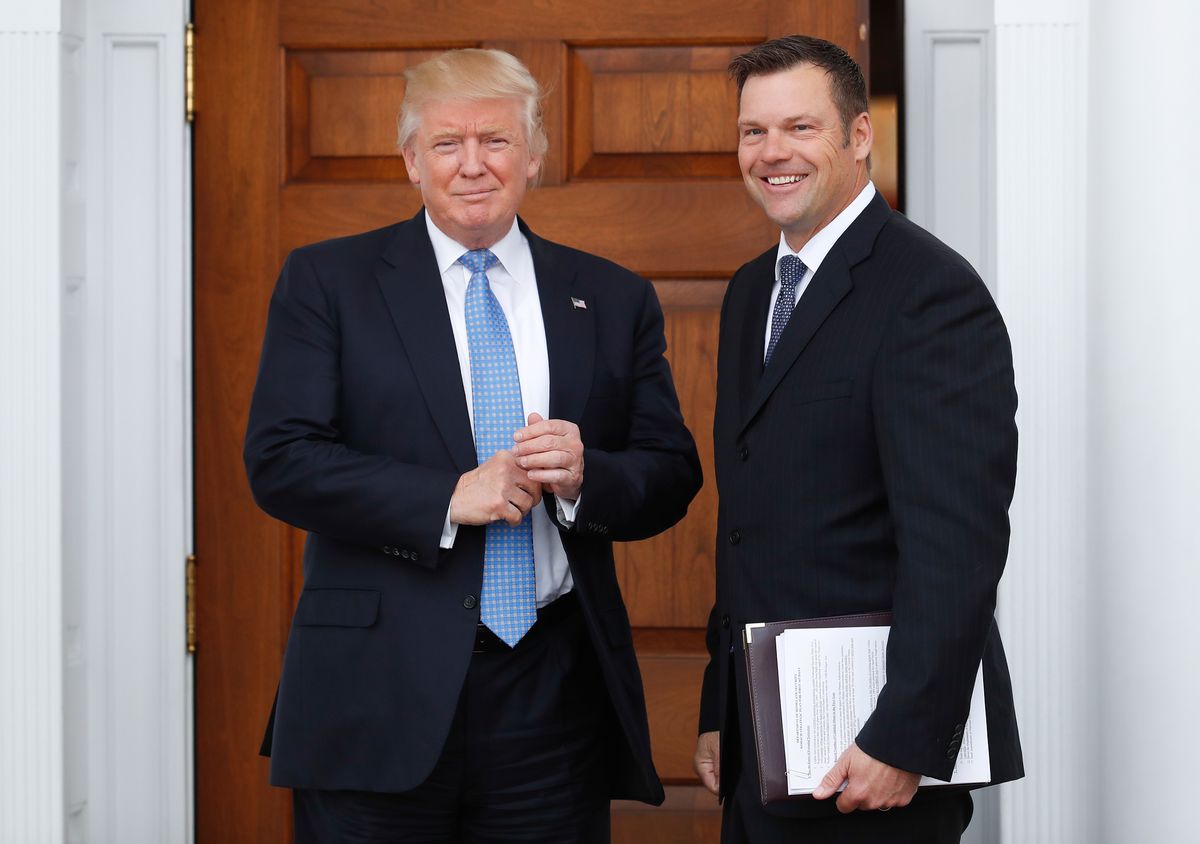 Kobach was an early backer of Trump and became an influential voice on immigration issues. Kobach apparently helped Trump conceive his border wall plan. Now Kobach is in line to get a cabinet position in Trump's administration, with a lot of people speculating he could be heading Homeland Security.

A photo taken by the Associated Press on Monday appears to corroborate these rumors.

Kris Kobach should learn to use folders and cover sheets. pic.twitter.com/q3sqB59wtA

The Topeka Capital-Journal blew up the cover sheet visible in the photograph to find enumerated points relating to Homeland Security. The first header read, “Bar the Entry of Potential Terrorists.”

The document also called for updating and reintroducing the National Security Entry-Exit Registration System, a program implemented after 9/11 that registered certain non-citizens in the country. That system was mostly abandoned in 2011. In an interview with Reuters after the election, Kobach suggested that he and other vocal anti-immigration activists might recommend reinstating such an immigration registry.

The document also contains a line that read: “All aliens from high-risk areas are tracked.” A point about "voter rolls" also made an appearance, and a point apparently relating to “high-risk” immigrants and Sharia law can also be read in part.

Kobach's failure to conceal confidential documents not only provides insight as to what Trump's transition team is thinking, it also gives fodder to Trump critics who suggest the president-elect's team cannot be trusted to handle sensitive government documents in a professional manner.