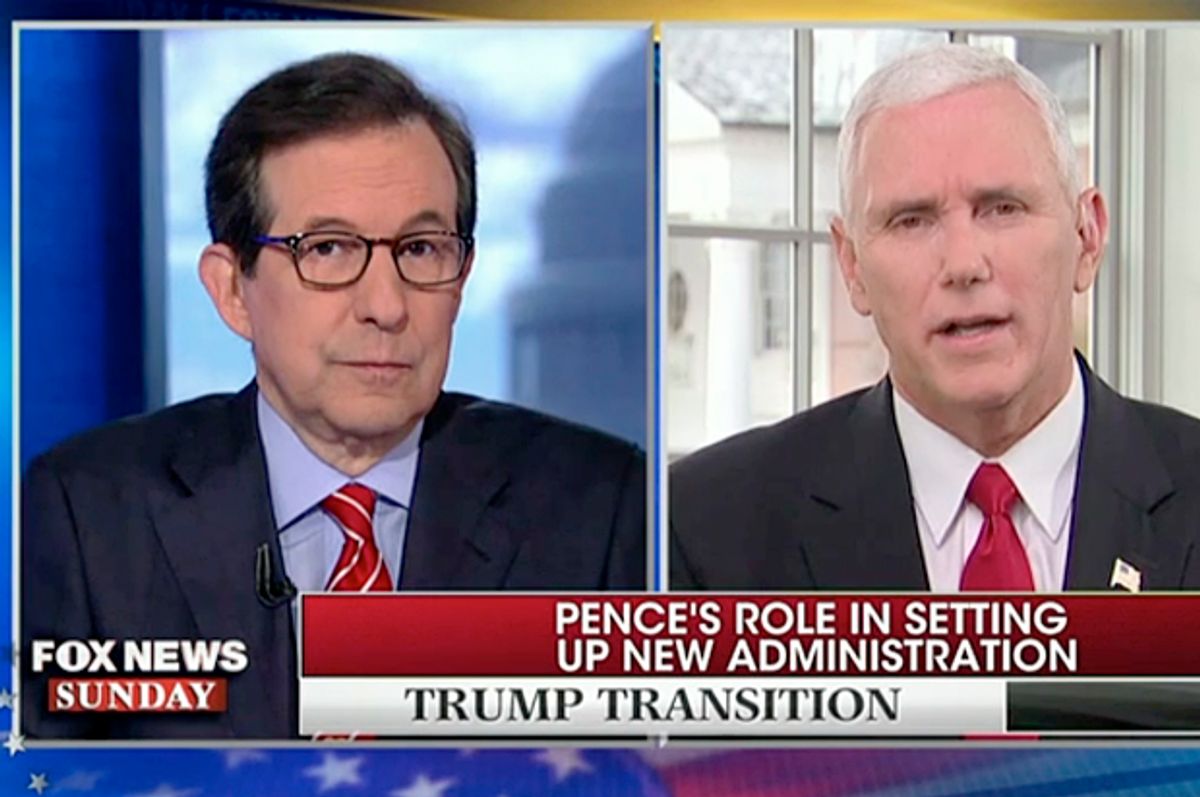 Despite repeatedly characterizing himself as a principled Christian, Vice President-elect Mike Pence is remarkably dismissive about President-elect Donald Trump's brazen potential conflicts of interest between his business empire and upcoming job as leader of the free world.

During an interview with Chris Wallace on "Fox News Sunday," Pence was asked about allegations that Trump's meetings with business leaders from nations like India could constitute "the Clinton Foundation on steroids." His response was to quote a line he heard from Trump on the same subject: "Who cares?"

After Pence reassured viewers that "the best legal minds in the country" were involved in the transition process, Wallace pointed out that this is "not just a legal question," but one that speaks to the ethical character of the president-elect, particularly given reports that his children (who are still in charge of his business empire) will also act as advisers to the new administration.

"Well, I can tell you, in a recent interview after the election, the president-elect summed up his view of his interest in his business life with two words. He said, 'Who cares?'" Pence replied to Wallace.

"And I can tell you, sitting shoulder to shoulder with him through these interviews, watching him talk to world leaders on the phone, one after another, from hours after the election, the president-elect of the United States, Donald Trump, is completely focused on the people's business," Pence added. "And I promise you, and I can assure the public that they'll have the proper separation from their business enterprise."

Addressing Wallace's comments on Trump's children being involved in his administration, Pence referred to Trump's offspring as "extraordinary men and women, fully capable of leading that enterprise." He added, "I know he's going to lead America with 110 percent of his focus."