"No Trump, no KKK, no fascist USA": Green Day sings at the American Music Awards 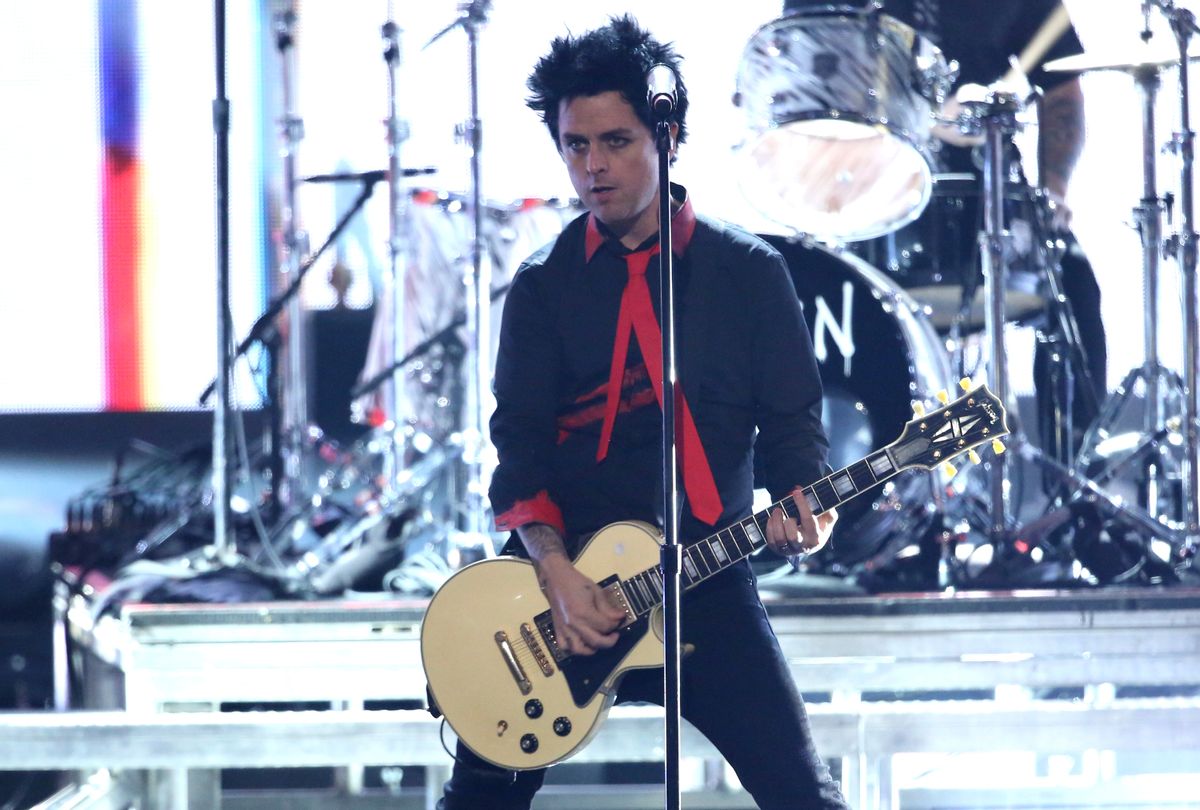 American punk rock band Green Day has officially joined the resistance against President-elect Donald Trump, with lead singer Billie Joe Armstrong chanting, "No Trump, no KKK, no fascist USA," during a performance at the American Music Awards on Sunday night.

Never afraid to get a little political, Green Day's pageantry was a nod to the anti-Trump protests popping up in major U.S. cities. The chant, "No, Trump, no KKK, no fascist USA," can be heard at rallies and demonstrations all across the country, as it crudely captures the impassioned opposition to anti-Semitism and bigotry normalized by Trump's candidacy.

In August, Armstrong compared Trump to Adolf Hitler in an interview with Kerrang! magazine, a UK-based rock publication. He said Trump was preying off the poor, promising that he alone could fix everything. Armstrong noted he had a negative opinion of former President George W. Bush, "But with Trump, I just can't wait 'til he's gone," the vocalist said at the time.

Green Day's six-time platinum album, "American Idiot," directly took on the Bush administration and the war in Iraq. During the 2004 presidential campaign, Armstrong wore a Bush mask while performing the album's title track in the weeks leading up to the election. "We did everything we could to piss people off," Armstrong said in 2005.

It sounds like Green Day is planning on continuing to be their dissenting selves.

Listen to Green Day's anti-Trump chant below, courtesy of The Guardian: