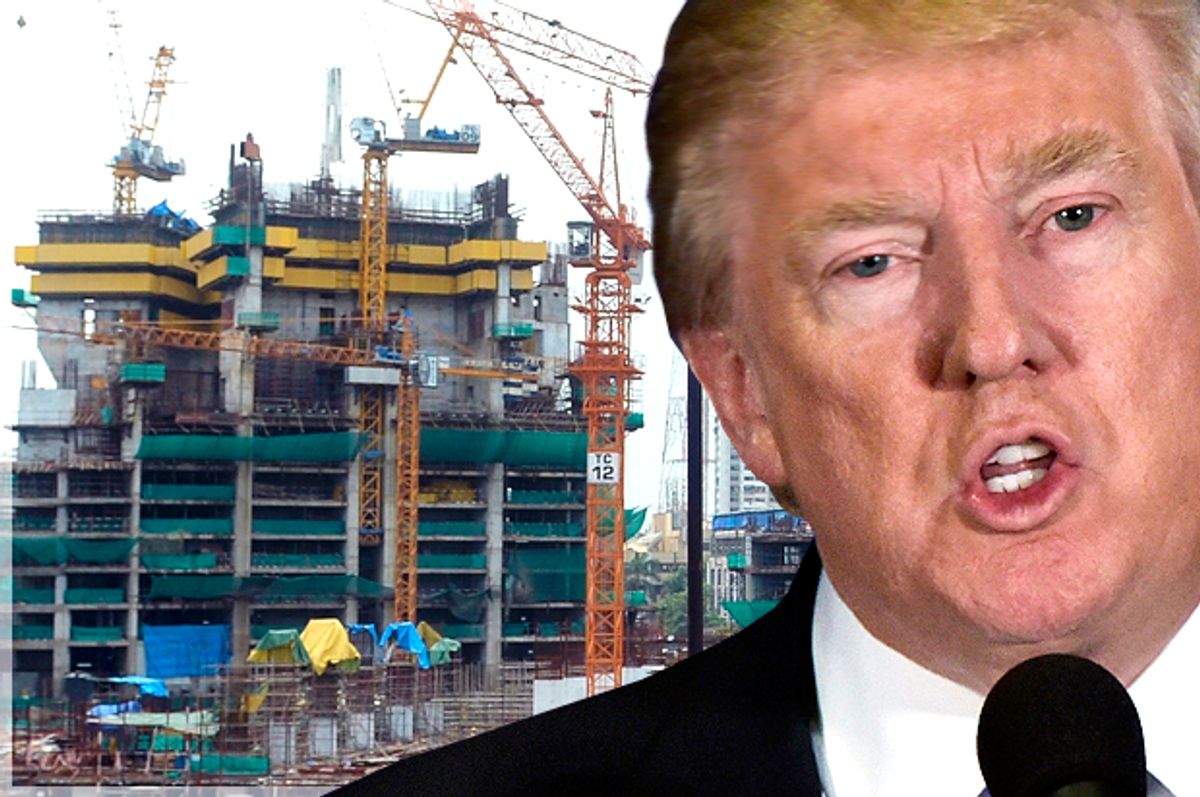 Reports continue to pile up about President-elect Donald Trump using his political power to promote his business interests. And as reports surface over Trump's alleged foray into Argentina, he's been quietly working to expand his empire all over the country.

Even before his campaign started, Trump has been working with Turkish developers to build a luxury complex in Istanbul. As the Washington Post notes:

That, ethics advisers said, forces the Trump complex into an unprecedented nexus: as both a potential channel for dealmakers seeking to curry favor with the Trump White House and a potential target for attacks or security risks overseas.

The president-elect’s Turkey deal marks a harrowing vulnerability that even Trump has deemed “a little conflict of interest”: a private moneymaker that could open him to foreign influence and tilt his decision-making as America’s executive in chief.

On Monday, Talking Points Memo reported that Argentine newspaper La Nacion reported that when President Mauricio Macri called Trump to congratulate him on winning the presidency, Trump asked Macri to facilitate the construction of an office building that he has for several years had his eye on building. According to TPM, complications involving permitting requirements, financing and importing building materials had been holding it up, and Trump apparently believed that Macri could help him work them out.

The article also noted that Felipe Yaryura, Trump's business partner for the office building, celebrated his election victory with him in New York City.

“Macri called him," claimed Jorge Lanata, one of Argentina's most well-known journalists, in a TV appearance about the matter. "This still hasn’t emerged but Trump asked for them to authorize a building he’s constructing in Buenos Aires; it wasn’t just a geopolitical chat."

A spokesperson for Argentina has denied that story.

Well, this has been a fun two hours https://t.co/cCSUtVHbeP

In response to an inquiry from Salon, presidential spokesman Ivan Pavlovsky said, "That issue was not part of the conversation between president Mauricio Macri and president-elect Donald Trump. The subject both leaders talked about was the institutional relationship, and they briefly mentioned the personal relationship they have had for years."

This story has been updated with the denial that Donald Trump spoke to Argentinian President Mauricio Macri about his building in the country.