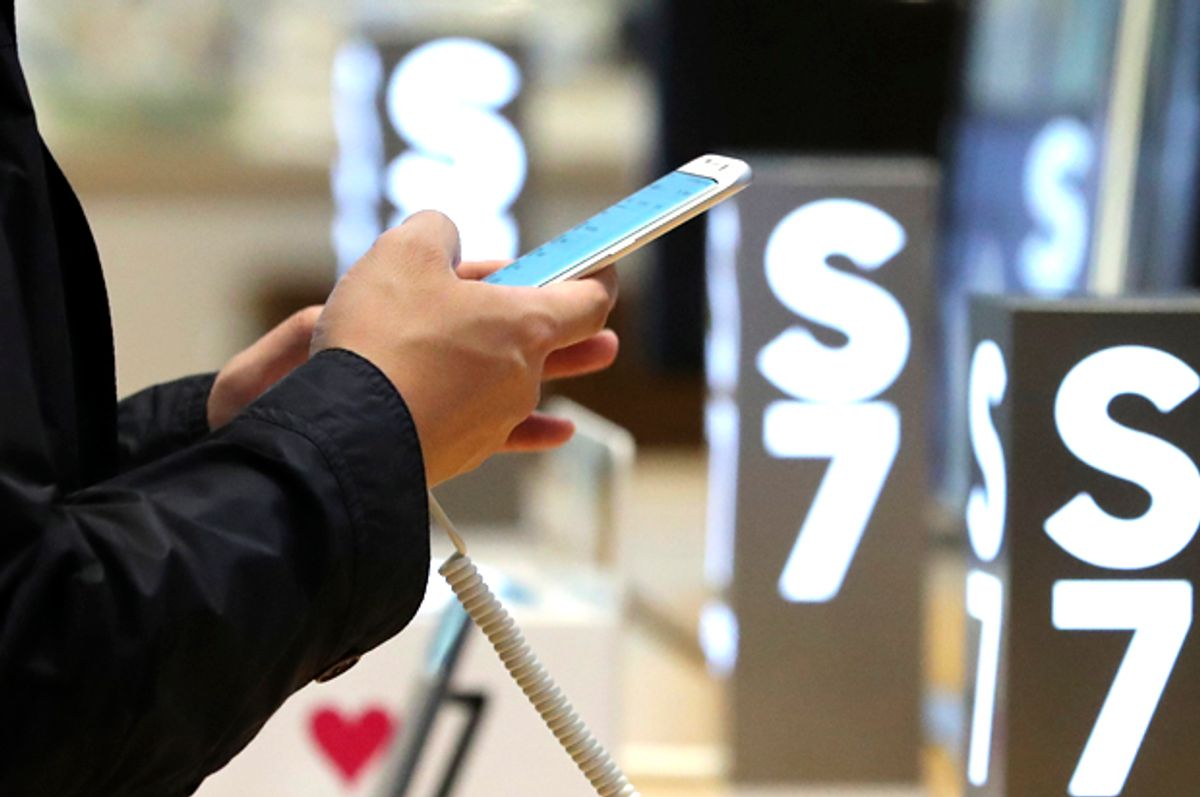 It seems that Samsung is hoping to move past the debacle of its exploding Galaxy Note 7 phones by modifying its Galaxy S7 to look more like an equivalent Apple product.

As The Investor reported on Monday, Samsung is planning on launching a glossy black version of its Galaxy S7 smartphone, which will no doubt draw comparisons with the Jet Black and Matte Black versions of Apple's iPhone 7.

"Samsung’s color strategy, coupled with its generous cash benefits, is boosting demand for the nine-month-old Galaxy S7 over the brand new iPhone 7 on its home turf," The Investor writes. "The Coral Blue version, since its launch on Nov. 11, is selling almost 15,000 units every day on average, while the iPhone 7 has seen its daily unit sales fall to about 10,000 units in recent weeks."

This isn't the first time that Samsung has aped Apple's color scheme in order to boost sales for its own products. As Tech Times reported in August, Samsung added a Pink Gold option to its Galaxy S7 and S7 edge smartphones in a seeming effort to complete with the Rose Gold colors being offered for iPhone 6s and iPhone 6s Plus phones by Apple.

Likewise, the impending release of a glossy black Galaxy S7 will make that phone's color options structurally similar to those offered by Apple. After all, Samsung already offers a Black Onyx version of the Galaxy S7, meaning that the glossy black version will be its second black option, much as Apple's offers two black versions (the aforementioned Jet Black and Matte Black) to its customers.

To say 2016 has not been a good year for Samsung is an understatement. The company made headlines in September and October when it was revealed that their Galaxy Note 7 phones were prone to bursting into flames, thanks to a defective cell phone battery that made it liable toward exploding.