Democrats, who said they were willing to work on an infrastructure plan, don't like the idea Trump's proposing 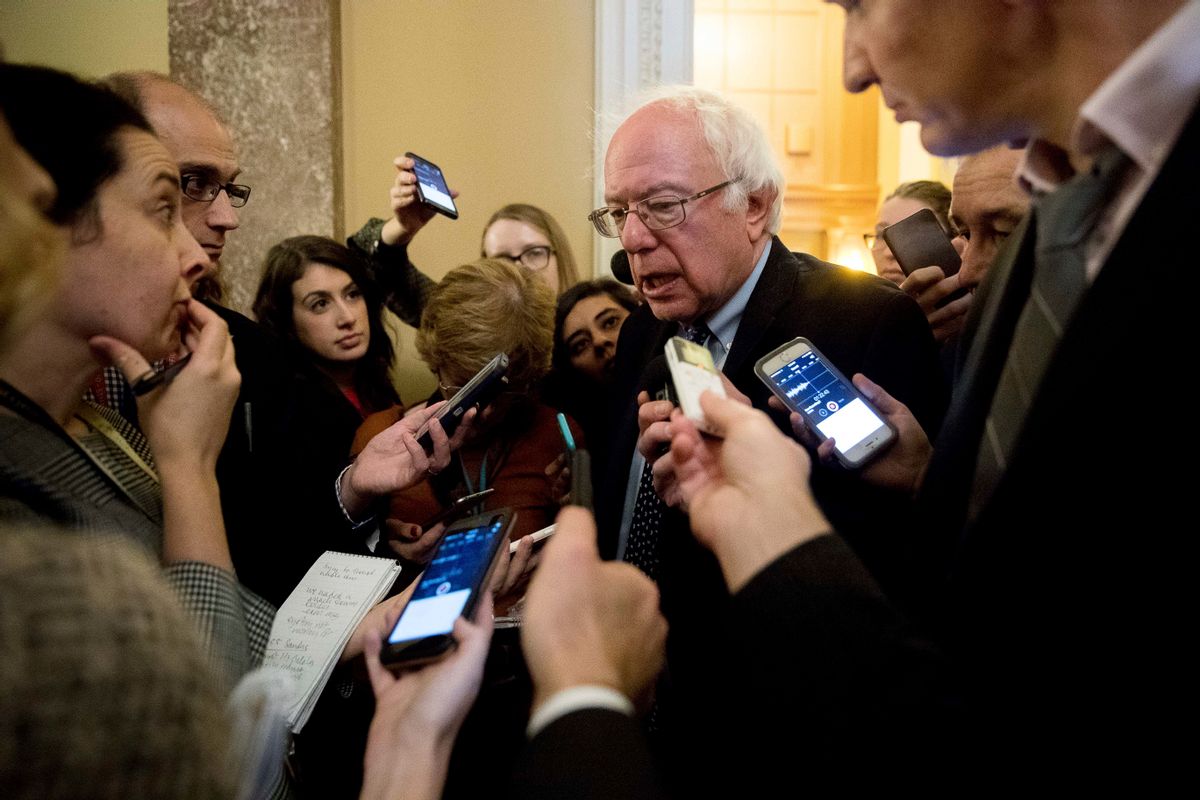 President-elect Donald Trump's ambitious $1 trillion infrastructure plan is a key component of his economic policy, in no small part because he hoped to get Democrats on board supporting it.

That may not happen.

"During the presidential campaign, Donald Trump correctly talked about rebuilding our country’s infrastructure," Sen. Bernie Sanders wrote Monday. "But the plan he offered is a scam that gives massive tax breaks to large companies and billionaires on Wall Street who are already doing phenomenally well. Trump would allow corporations that have stashed their profits overseas to pay just a fraction of what the companies owe in federal taxes. And then he would allow the companies to 'invest' in infrastructure projects in exchange for even more tax breaks. Trump’s plan is corporate welfare coming and going."

Sanders, whose national profile was elevated by his surprisingly strong bid for the Democratic presidential nomination earlier this year, was recently appointed to the Democrats' top position on the Senate Budget Committee. This will give him considerable prominence as an outspoken critic if he chooses to oppose Trump's economic stimulus package.

Sanders isn't alone among Senate Democrats (or in Sanders' case, independents who caucus with Democrats) in being wary of Trump's bill. During an interview with Fox News Sunday, Senate Minority Leader Chuck Schumer, D-New York, said that while "I do think it’s possible under certain terms we could get a major infrastructure bill done . . . maybe even in the first 100 days," the legislation would need "to have certain things for us to support it. It can’t just be tax credits.  That won’t be enough.”

Schumer's comments were reminiscent of a letter that House Minority Leader wrote to her fellow Democrats earlier this week.

"While the president-elect has indicated an interest in infrastructure," Pelosi wrote, "we must insist on a bill that puts good-paying jobs for workers first - not one that is a corporate tax break disguised as an infrastructure bill."

The woes for Trump's infrastructure bill may not be limited to the Democrats. When House Speaker Paul Ryan was asked in September about helping Trump pass a $550 billion plus infrastructure program (which Trump was advocating at the time), the Wisconsin Republican reportedly laughed out loud and slapped his hand against the armrest of his chair. “That’s not in the ‘Better Way’ agenda,” he replied, before adding that "just so you know, we just passed the biggest highway bill since the 1990s."