Just how many of president-elect Donald Trump's transition team meetings is Ivanka Trump going to attend? 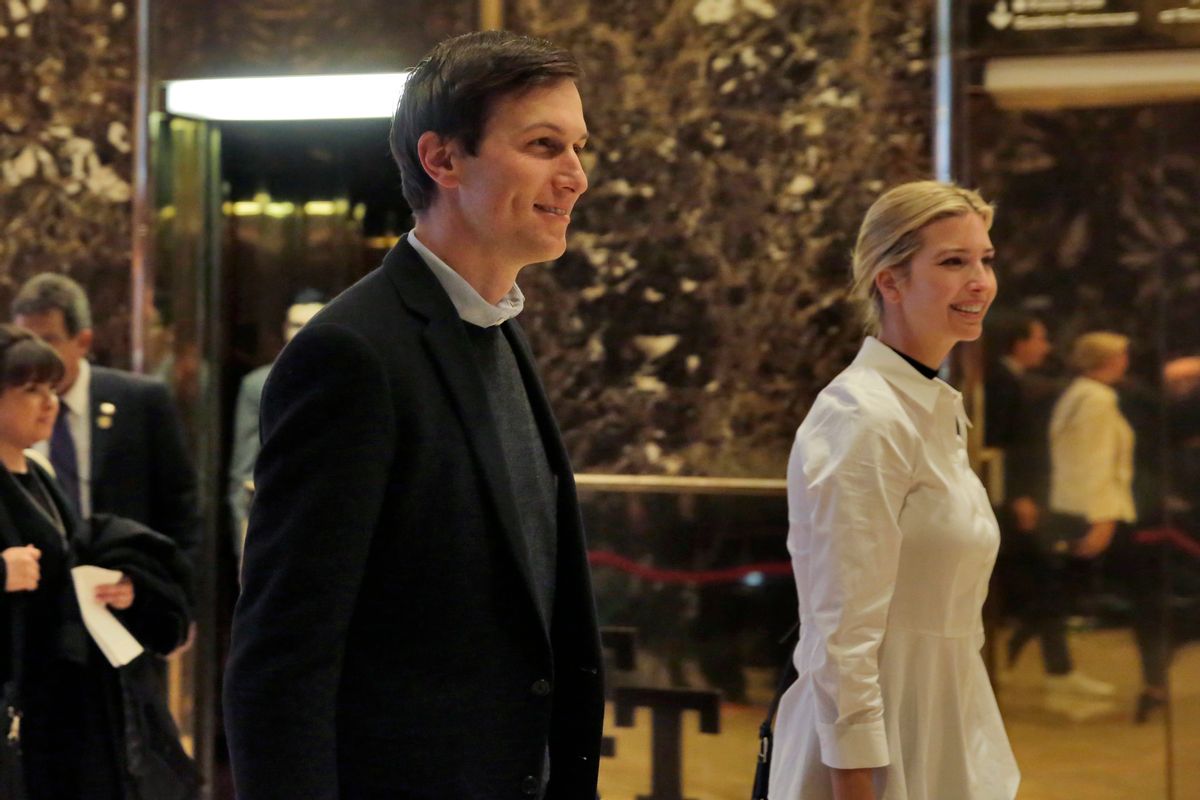 Jared Kushner and his wife Ivanka Trump walk through the lobby of Trump Tower in New York. (AP)
--

Ivanka Trump is involved in a lot of Donald Trump's transition team meetings, which has to raise the questions: What exactly is her role, and how is this impacting the Trump organization?

According to a Monday report in The Hill, Ivanka Trump spoke with Argentine President Mauricio Macri soon after Donald Trump was elected president this month. Because Ivanka is expected to help manage her father's business empire while he serves as president, her involvement in the phone call raises serious questions about whether Trump will allow conflicts of interest to undermine his presidency before it begins.

Macri himself has a long-standing relationship with the Trump family. The Argentine president's father, Francisco, sold a defunct real estate development project to Donald Trump in the 1980s, and Macri himself told The Asahi Shimbun on Monday that he has known Ivanka "since her infant days."

A spokesperson for Macri has disputed media criticisms of the phone call, claiming that Macri "spoke with Ivanka only briefly to say hello because he met her when she was just a kid."

Last week, when Indian real estate executives met with the president-elect to talk about their relationship with Trump's business, they made sure to stop by Ivanka's office and at least take a photo with her.

Photos of Trump with Real Estate Partners from India are disappearing from view. No worries. We grabbed them. https://t.co/VlcCyldC05 pic.twitter.com/nBdOHXkned

Trump's husband, Jared Kushner, also sat in on the meeting with Abe. Kusnher has emerged as one of Trump's closest advisers and was described by The New York Times on Saturday as "the closest thing to a steadying influence, injecting optimism, playing down controversies and reinforcing Mr. Trump’s perceptions, worldview and instincts."

Concerns that the Trump family will use Donald Trump's presidency to personally enrich themselves are more than mere speculation. When the Trumps sat down for their first post-election media appearance — an interview on "60 Minutes" — Ivanka's jewelry company used it as a promotional opportunity to sell the bangle bracelet that she wore for that occasion.