Mitski performs at Webster Hall, using an instinct for perfection in an imperfect world 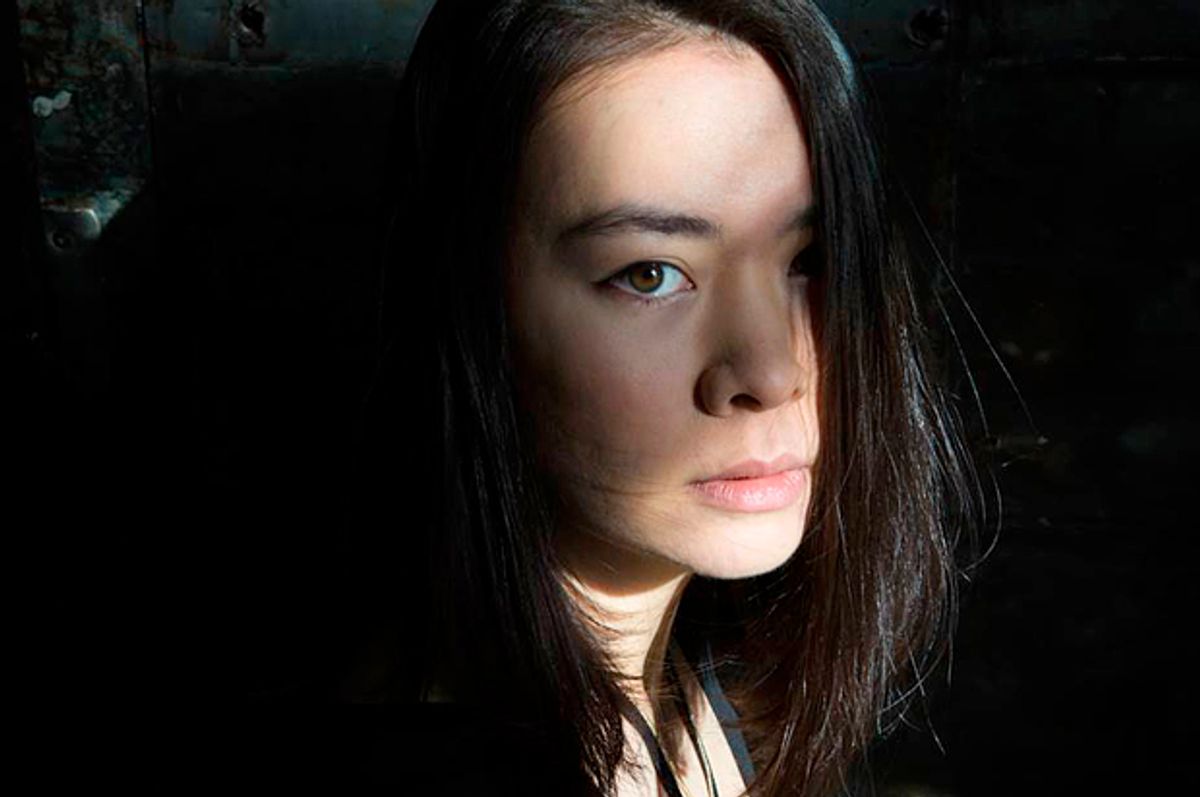 Is it bad luck for an audience to see a rock star before the rock star’s performance has begun?

I don’t think so, but on Monday night Mitski made me wonder. She was performing at Webster Hall her first of two highly anticipated nights in New York. After her two openers finished their respective sets, and before she began hers, she inconspicuously walked onto the stage, wearing a gray robe and made sure her equipment was properly tuned. She would finish, the lights would dim and she would make a proper entrance:

To be clear, blame for the sound issues likely fall on Webster Hall and not on Mitski. But the way Mitski and her band responded ( a strange guitar solo, a missed line by Mitski) revealed the seams behind what, at least on Monday, was an out-of-sync band. Thundering synth riffs and overpowering percussion clouded some songs’ beauty. And the tempo of songs like “First Love / Late Spring” and “Townie” was off such that the songs didn’t deliver the adrenalized jolt that the recorded versions do when played on high volume. Mitski is a virtuoso songwriter, both lyrically and compositionally, but there’s a double-edged sword to her auteurist process: When she plays live, she can’t edit and refine every layer of sound.

On the other hand, to see her live is to experience her voice. A few days ago, Bill Flanagan, of “CBS News Sunday Morning,” wrote a column in The New York Times arguing that rock 'n' roll’s “form is mostly fixed” and it finds itself “in a stage of reflection on past glories.” I don’t think he’s heard Mitski wail. She did it a couple of times last night, none more volcanic than during the song “Drunk Walk Home” off her 2014 album "Bury Me at Makeout Creek."

The song is an accelerating march through despair (“I will retire to the Salton Sea/ At the age of 23/ For I'm starting to learn I may never be free”), into indignation (“But though I may never be free/ Fuck you and your money/ I'm tired of your money”), culminating in the scream, at once pained and powerful. That specific emotional force is something only a few of Mitski’s contemporaries (Angel Olsen, most prominently) can channel, and it sure doesn’t sound indebted to Chuck Berry, Van Halen or even U2.

Nor does Mitski’s stage presence. As though she were afraid to disturb the room’s feng shui (she's spoken about how she's "so very focused on balance"), she stood still for most of the night, resting on the lights and the emotional turns of her voice to be the show. Her songs often get frenzied, but ironically in between songs she was rather zen. “I want you to know that this is your space,” she said softly at the first break in the action. “I've gone to so many shows where I feel bad for existing, you know. I feel like I should hide in a corner and I should try not to take up space. But I want you to take up all the space there. This is your space. You belong here. This is your space.”

There wasn’t much room for the tightly-packed crowd of young, fervent fans to spread out. But by the show’s end, Mitski took her own advice. And it yielded the best sequence of the night. With three songs left in her set, Mitski walked off the stage and came back with an acoustic guitar. She started strumming, and her band walked off. She played the exultant “My Body’s Made of Crushed Little Stars” and then slowed things down with “A Burning Hill.”

“Today I will wear my white button-down/ I'm tired of wanting more/ I think I'm finally worn,” she sang low, the audience reciprocating her intimacy with mesmerized silence. In the absence of full control, best to simplify.