Donald Trump feels most comfortable in his apartment palace, so we'll all have to pay for him to stay there 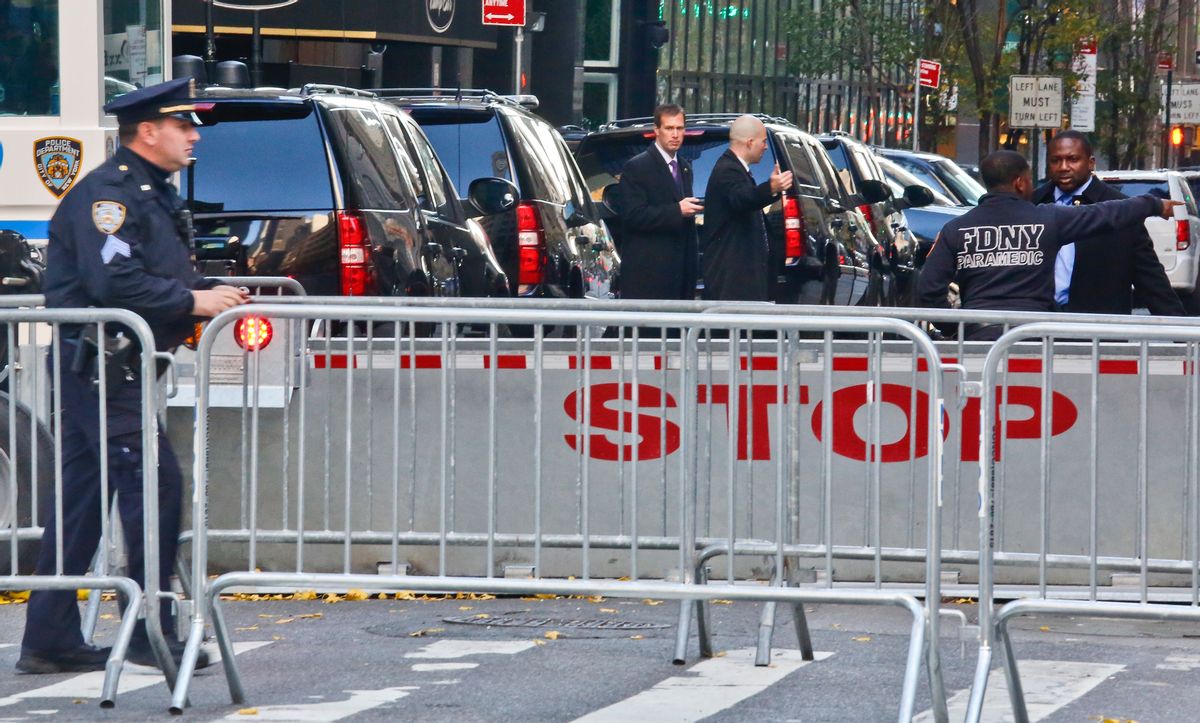 It seems that having President-elect Donald Trump and his family reside in New York City is costing the Big Apple a pretty penny.

According to a report by CNN Money on Tuesday, three city official have confirmed that it is costing New York City more than $1 million each day to protect not only the president-elect, but also his wife, children, and grandchildren.

As Mayor Bill de Blasio explained during a press conference on Friday, "The number one imperative here is safety and security. We owe that to the president elect, his family and his team."

He also added, "This is a very substantial undertaking. It will take substantial resources. We will begin the conversation with the federal government shortly on reimbursement for the NYPD for some of the costs that we are incurring."

As CNN Money points out, local law enforcement isn't off the hook even though the primary responsibility for protecting the president-elect and his family belongs to the Secret Service. Police officers and other government servants need to assist in many small ways, such as controlling the movements of the general public.

Trump's continued residence in New York City has impacted the local economy in other ways as well. City officials are already coming up with plans to address traffic and congestion around Trump Tower, while local businesses are complaining that the loss of foot traffic is hurting their bottom line.

If New Yorkers are hoping for a reprieve once Trump becomes president on Jan. 20, they should guess again. While reports are unclear as to how often Trump himself will stay in the White House, his transition team has already confirmed that soon-to-be First Lady Melania Trump and their 10-year-old son Barron will continue to live in Trump Tower even after the Trump presidency has commenced.

What's more, it's not even clear that Trump himself will abandon Trump Tower in January. As The New York Times reported on Saturday, sources close to Trump describe him as feeling most comfortable when he is working from his Trump Tower office. The article describes Trump engaging in ongoing discussions with the Secret Service about seeing if he can return to Trump Tower on weekends, as well as discussing continued use of his famous Bedminister golf club and Mar-a-Lago resort as retreats during his presidency

Trump criticized President Obama in 2011 for his vacations, claiming that "he takes more vacations than any human being I've ever seen.

It's difficult to anticipate how Trump's continued presence in Manhattan will ultimately change day-to-day life for residents of that borough. As de Blasio also pointed out during his Friday press conference,  "We have never had a situation where a POTUS (president of the United States) would be here on such a regular basis. The details of his future plans are unknown, but we certainly know over these next 65 days [until the inauguration] he will be here regularly. The NYPD is up to the challenge and the city of New York is up to the challenge, I have no doubt about that."