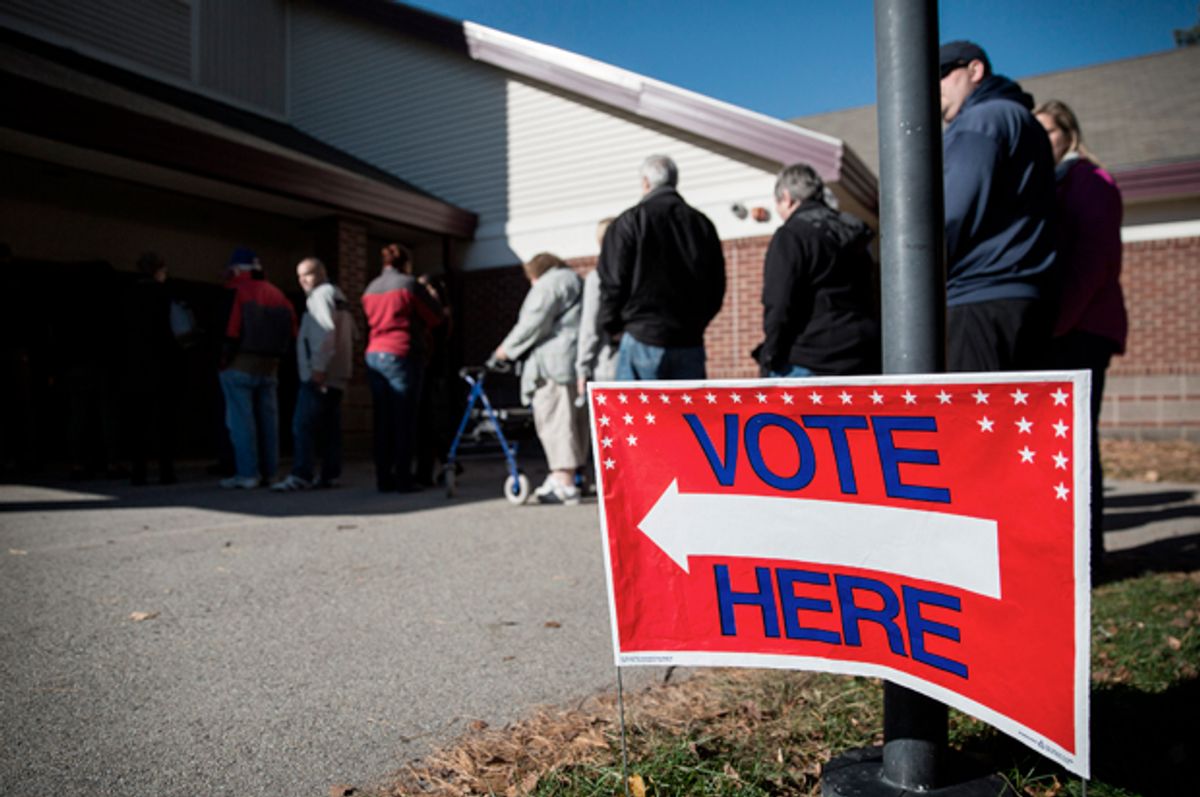 With the 2016 election, Donald Trump became the first Republican presidential candidate to win Wisconsin in nearly 30 years and Republicans took control of nearly two-thirds of the Legislature, including their largest majority in the Assembly since 1957, despite a roughly even split of votes between Democrats and Republicans in statewide races.

But now a federal court may undo the redistricting that aided Republican gains in recent years with one ruling.

On Monday, a federal court overturned Wisconsin's Republican-drawn legislative maps as an "unconstitutional gerrymander" that likely played a major factor in the party's disproportionate electoral success.

A three-judge panel comprised of a federal judge from  the 7th Circuit Court of Appeals and two District Court Judges ruled Monday that the Republican plan was an unconstitutional partisan gerrymander.

"We find that Act 43 was intended to burden the representational rights of Democratic voters throughout the decennial period by impeding their ability to translate their votes into legislative seats," wrote federal appeals court senior judge Kenneth Ripple, in an 116-page decision. "Moreover, as demonstrated by the results of the 2012 and 2014 elections, among other evidence, we conclude that Act 43 has had its intended effect.”

Ripple, a Ronald Reagan appointee, continued: "Finally, we find that the discriminatory effect is not explained by the political geography of Wisconsin nor is it justified by a legitimate state interest. Consequently, Act 43 constitutes an unconstitutional political gerrymander."

The ruling comes six months after the panel heard testimony in federal court from a group of state Democrats who have called the Republican's redistricting plan "one of the worst partisan gerrymanders in modern American history." Lawyers for the Democrats argued in court that the 2011 plan was drawn specifically to disenfranchise Democratic voters and presented evidence that Republicans went to great lengths to exclude Democrats from the redistricting process.

As Wisconsin Public Radio pointed out, while Trump won Wisconsin's electoral votes, and Republican incumbent Sen. Ron Johnson won his re-election campaign, their races were significantly closer than the Republican's lopsided margins in the Legislature would indicate: Trump won roughly 48 percent of the vote in Wisconsin while Johnson won roughly 50 percent.

Attorneys for the state, however, argued that the redrawn districts simply reflected the fact that Wisconsin was trending Republican, and argued there is no legal way to measure gerrymandering — an argument the Supreme Court has echoed. In 2004, Supreme Court Justice Anthony Kennedy said he was open to review a case of gerrymandering if the plaintiffs could develop a reliable test to measure the political maneuver's intent to squash competition.

So, lawyers in Wisconsin set out to develop the test Justice Kennedy sought. Using a measure called the efficiency gap, Democrats showed how breaking up blocs of Democratic voters and packing them within certain districts results in wasted votes and reduced the number of swing districts in the state from 19 to 10.

Still, Republicans argued that the dilution of the Democratic vote that appears to stem from gerrymandering is actual a result of natural sorting along ideological lines.

“If you have these heavily Democratic wards packed together in Democratic cities, you get this natural packing," Sean Trende, an elections analyst for the website Real Clear Politics who testified on the state's behalf, said.  "It becomes progressively harder to draw Democratic districts elsewhere in the state."

Trende and the state argued that this sort of clustering of voters has led to a phenomenon where even though Democrats and Republicans receive similar statewide vote totals, Republicans capture more seats in the Legislature.

But as this graph from the Washington Post makes clear, Republican gains cannot solely be attributed to the luck of geography: Monday's decision can be, and likely will be appealed to the Supreme Court, which has been reluctant to hear redistricting cases in the past. If Democrats win, it should give the state Legislature enough time to redraw the map with more competitive boundaries ahead of the 2018 election cycle.

"With this decision, partisan gerrymandering should come to an end in Wisconsin and is now on its way to extinction across the nation," Gerry Hebert, director of the Campaign Legal Center, said on Monday. "And with the implementation of the test we proposed and the court accepted, there will be, for the first time, a standard to identify this harmful practice."

The ruling also comes as outgoing President Obama has made clear that he plans to focus his immediate post-presidency on the ambitious goal of tackling partisan gerrymandering. Former Attorney General Eric Holder has been tapped by the president to coordinate campaign strategy, direct fundraising, organize ballot initiatives and put together legal challenges to state redistricting maps across the country.