She said voting for Trump "turned her stomach." He said the state was "embarrassed" by her 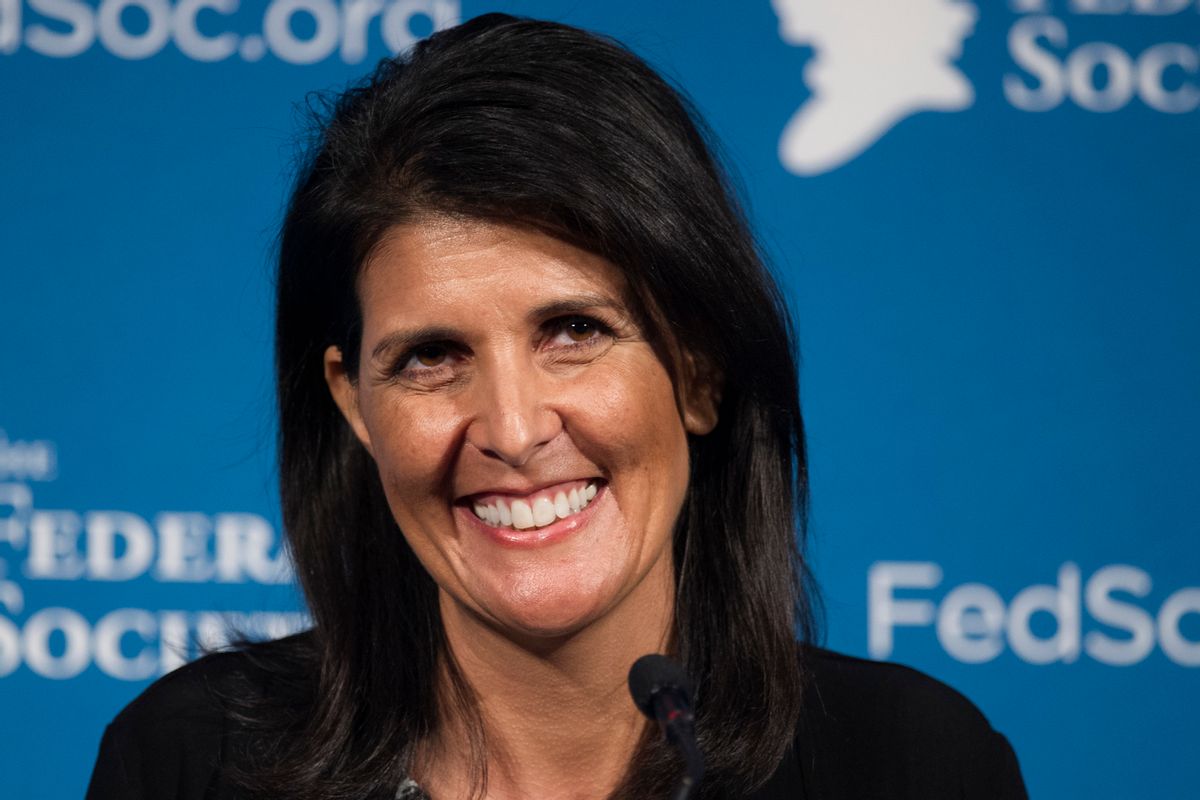 FILE - In this Friday, Nov. 18, 2016 photo, South Carolina Gov. Nikki Haley smiles while speaking at the Federalist Society's National Lawyers Convention in Washington. President-elect Donald Trump has chosen Haley as U.S. ambassador to the United Nations, and he will treat the ambassadorship as a Cabinet-level position, according to two sources familiar with Trump's decision who requested anonymity to discuss the decision and its announcement. Haley, an outspoken Trump critic throughout much of the presidential race, would become his first female - and first nonwhite - Cabinet-level official if confirmed by the Senate. (AP Photo/Cliff Owen, File) (AP)
--

President-elect Donald Trump has selected Gov. Nikki Haley of South Carolina as his new ambassador to the United Nations — even though, less than a month ago, Haley was distinctly unenthusiastic about the prospect of a Trump presidency.

During a news conference in October about Hurricane Matthew, Gov. Haley characterized her decision to vote for Trump in practical rather than enthusiastic terms.

“This is no longer a choice for me on personalities because I’m not a fan of either one. What it is about is policy,” Haley explained. “I think I’ve been really clear. This election has really turned my stomach upside down. It has been embarrassing for both parties. It’s not something the country deserves, but it’s what we’ve got.”

Haley also supported not one but two of Trump's rivals during the Republican primaries. In March after the withdrawal of her first choice, Sen. Marco Rubio of Florida, Haley went on to endorse the man who at that point was Trump's chief rival for the nomination, Sen. Ted Cruz of Texas.

"I thought that Marco Rubio was and is an amazing public servant. I think that he really tapped into so much of what people want in terms of the American dream," Haley explained to reporters. "I think he had a lot of knowledge in terms of what they had to do, but it obviously wasn’t his time. You know the only thing I can say now is my hope and my prayer is that Sen. Cruz can come through this and that he can really get to where he needs to go."

But what did Donald Trump think of Haley just eight months ago?

If Haley is confirmed by the Senate, she will be the first female and first non-white appointed to a cabinet-level position in the Trump administration. Her confirmation would also put Lt. Gov. Henry McMaster, a loyal Trump supporter, into the governor's mansion.