Man who did Nazi salute with Tila Tequila outside Richard Spencer's alt-right conference is Jewish, and it's causing problems

Tila Tequila may have been on the headlines, but the real story is who else was there 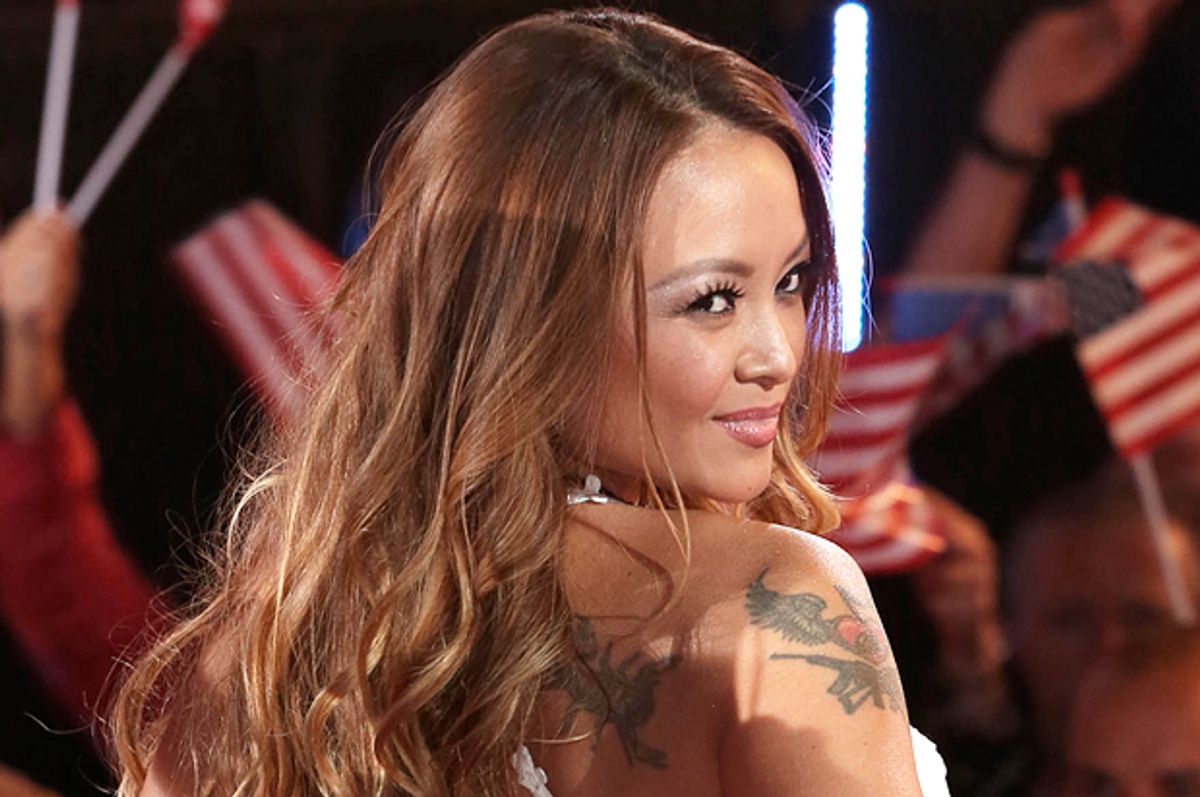 A photo featuring former reality TV star Tila Tequila doing a Nazi salute with two men finally managed to get her back into the news. It also got her banned from Twitter.

There’s another aspect of the picture, which was taken inside of a restaurant where attendees of a conference sponsored by alt-right activist Richard Spencer had gathered for dinner, which isn’t widely known, however: One of the men in the picture is actually Jewish.

In a video filmed outside of Maggiano’s Little Italy in Washington, one of the men who was pictured making the gesture (also known as the Roman salute) can be seen standing next to another man who says, “We’re Jews and we’re going to see what it’s like.”

The sieg heil picture, as well as a video captured by The Atlantic that shows several people doing it as well, has caused some controversy within the alt-right.

More extreme members of the movement are upset at Spencer for inviting Jewish people to the event and allowing them to be seen as representing it.

“I’m not even against throwing up Roman salutes at these conferences, and in fact find it hilarious,” wrote Andrew Anglin on his neo-Nazi website the Daily Stormer. “If Spencer is now going to be a representative of the neo-Nazi agenda, he needs to tighten-up his ship. The last thing we need is the world believing that neo-Nazis are just a bunch of kikes and gooks.”

“If you want to defeat a movement, you let it get taken over by people who will do what you tell them to,” Cernovich said on a Periscope video posted yesterday. “Richard Spencer is owned by the media.”

He continued: “There’s a lot of people who are going to go to prison. The government is going to incite people and entrap people into doing all kinds of stuff.”

Someone purporting to be the man in the salute picture posted an anonymous blog entry explaining his actions and apologizing for them to the alt-right.

“As a half-jew posing with an Asian I figured it would be viewed for what it was, a joke,” the essay says. “Personally I do not have any problems with this gesture, as I think it is an inspirational expression of loyalty to, and pride in, our heritage.”

The anonymous blogger continued: “Despite being the product of the selfish act of miscegenation myself, I identify as European. The preservation of our race, our culture, and our way of life is more dear to me than any other part of my life. I lived first-hand through the violence caused by diversity. . . . None of the personal fallout since [the National Policy Institute event] has bothered me on any deep level, even my own Jewish father seeing my face on MSNBC giving the Roman salute caused me little concern. It was not until [vlogger Paul Ramsey who's nicknamed] Ramzpaul called me a false-flagger that I was truly vexed.”

(The post is reproduced in full at the end of this article in case it is subsequently erased.)

The anonymous blogger is not alone in being a Jewish person making common cause with racist anti-Semites, however. Many leading figures associated with the alt-right have claimed to be Jewish including Ramsey, Cernovich, Breitbart writer Milo Yiannopoulos, libertarian vlogger Stefan Molyneux and publishing entrepreneur Ezra Levant.

Note: This article has been updated since its publication to clarify that certain far-right media personalities have only claimed to have Jewish ancestry instead of stating that they were of Jewish ancestry.