4.2 million workers would have seen their pay climb on Dec. 1, but won't be able to now 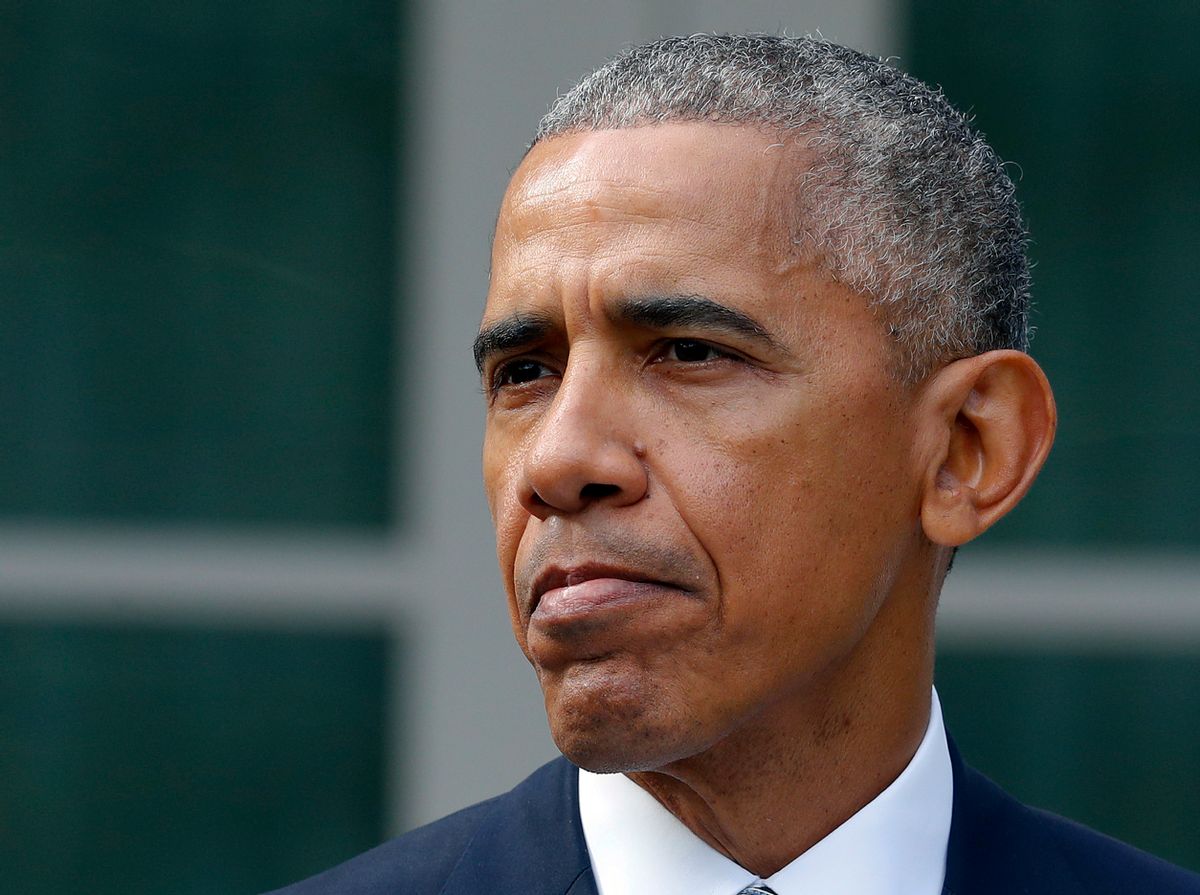 In this Nov. 9, 2016, photo, President Barack Obama pause while speaking in the Rose Garden of the White House in Washington. It was supposed to be his grand valedictory tour. Now Obama must use his last major trip abroad to try to calm shocked world leaders about the outcome of the U.S. election, and what comes next when Donald Trump is president. (AP Photo/Pablo Martinez Monsivais) (AP)
--

President Obama's overtime pay rule, scheduled to take effect Dec. 1, was blocked by a federal judge on Tuesday, making it unlikely that this signature feature of his labor policy will remain in place before President-elect Donald Trump assumes office.

If put into effect, the regulation from the Department of Labor would have reduced the white collar exemption, which permits employers to avoid paying overtime to salaried administrative or professional workers whose annual income exceeds $23,660. An estimated 4.2 million workers would have seen their income rise as a result of the policy.

The Obama administration's new rule would have adjusted this for inflation so that it applies to anyone making less than $47,500 a year. While the current overtime protections applied to 62 percent of full-time salaried workers in the United States in 1975, it only extends to 7 percent today.

"We strongly disagree with the decision by the court, which has the effect of delaying a fair day's pay for a long day's work for millions of hardworking Americans," a Department of Labor statement said.

Nevada Attorney General Adam Laxalt — who led a coalition of 21 states fighting the rule — hailed the ruling as a triumph for the business community.

"Businesses and state and local governments across the country can breathe a sigh of relief now that this rule has been halted," explained Laxalt. "Today's preliminary injunction reinforces the importance of the rule of law and constitutional government."