History of the alt-right: The movement isn't just Breitbart and white nationalists — it's worse

The alt-right is likely to grow, gaining a firmer foothold in American politics 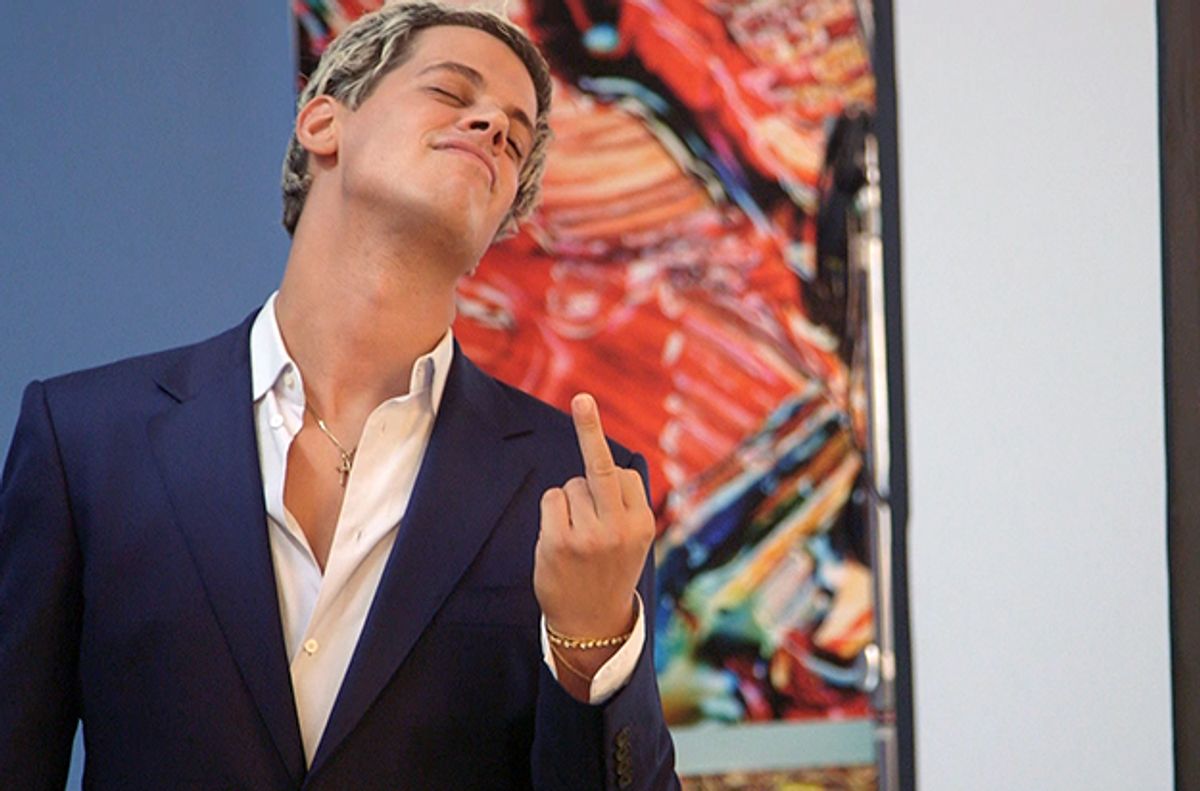 In recent months, far-right activists — which some have labeled the “alt-right” — have gone from being an obscure, largely online subculture to a player at the very center of American politics.

Long relegated to the cultural and political fringe, alt-right activists were among the most enthusiastic supporters of Donald Trump. Earlier this year, Breitbart executive Steve Bannon declared the website “the platform for the alt-right.” By August, Bannon was appointed the CEO of the Trump campaign. In the wake of Trump’s victory, he’ll be joining Trump in the White House as a senior advisor.

I’ve spent years extensively researching the American far right, and the movement seems more energized than ever. To its critics, the alt-right is just a code term for white nationalism, a much-maligned ideology associated with neo-Nazis and Klansmen. The movement, however, is more nuanced, encompassing a much broader spectrum of right-wing activists and intellectuals.

How did the movement gain traction in recent years? And now that Trump has won, could the alt-right change the American political landscape?

The alt-right includes white nationalists, but it also includes those who believe in libertarianism, men’s rights, cultural conservatism and populism.

Nonetheless, its origins can be traced to various American white nationalist movements that have endured for decades. These groups have historically been highly marginalized, with virtually no influence on the mainstream culture and certainly not over public policy. Some of the most radical elements have long advocated a revolutionary program.

Groups such as the Aryan Nations, White Aryan Resistance, the National Alliance and the World Church of the Creator have preached racial revolution against ZOG, or the “Zionist Occupation Government.” Many were inspired by the late William L. Pierce’s "Turner Diaries,” a novel about a race war that consumes America. (Timothy McVeigh, who carried out the 1995 Oklahoma City bombing, had pages from the book in his possession when he was captured.)

But these exhortations didn’t resonate with most people. What’s more, after 9/11, many of the revolutionary right’s leading representatives were prosecuted under new anti-terrorism statutes and sent to prison. By the mid-2000s, the far right appeared to have reached its nadir.

Into this void stepped Richard Spencer and a new group of far-right intellectuals.

In 2008, conservative political philosopher Paul Gottfried was the first to use the term “alternative right,” describing it as a dissident far-right ideology that rejected mainstream conservatism. (Gottfried had previously coined the term "paleoconservative" in an effort to distance himself and like-minded intellectuals from neoconservatives, who had become the dominant force in the Republican Party.)

William Regnery II, a wealthy and reclusive, founded the National Policy Institute as a white nationalist think tank. A young and rising star of the far right, Spencer assumed leadership in 2011. A year earlier, he launched the website “Alternative Right” and became recognized as one of the most important, expressive leaders of the alt-right movement.

Around this time, Spencer popularized the term "cuckservative," which has gained currency in the alt-right vernacular. In essence, a cuckservative is a conservative sellout who is first and foremost concerned about abstract principles such as the U.S. Constitution, free market economics and individual liberty.

The alt-right, on the other hand, is more concerned about concepts such as nation, race, civilization and culture. Spencer has worked hard to rebrand white nationalism as a legitimate political movement. Explicitly rejecting the notion of racial supremacy, Spencer calls for the creation of separate, racially exclusive homelands for white people.

The primary issue for American white nationalists is immigration. They claim that high fertility rates for third-world immigrants and low fertility rates for white women will — if left unchecked — threaten the very existence of whites as a distinct race.

But even on the issue of demographic displacement, there’s disagreement in the white nationalist movement. The more genteel representatives of the white nationalism argue that these trends developed over time because whites have lost the temerity necessary to defend their racial group interests.

By contrast, the more conspiratorial segment of the movement implicates a deliberate Jewish-led plot to reduce whites to minority status. By doing so, Jews would render their historically most formidable “enemy” weak and minuscule — just another minority among many.

Emblematic of the latter view is Kevin MacDonald, a former psychology professor at the California State University at Long Beach. In a trilogy of books released in the mid- to late 1990s, he advanced an evolutionary theory to explain both Jewish and antisemitic collective behavior.

According to MacDonald, anti-Semitism emerged not so much out of perceived fantasies of Jewish malfeasance but because of genuine conflicts of interests between Jews and Gentiles. He’s argued that Jewish intellectuals, activists and leaders have sought to fragment Gentile societies along the lines of race, ethnicity and gender. Over the past decade and a half, his research has been circulated and celebrated in white nationalist online forums.

A growing media and internet presence

Cyberspace became one area where white nationalists could exercise some limited influence on the broader culture. The subversive, underground edges of the internet — which include forums like 4chan and 8chan — have allowed young white nationalists to anonymously share and post comments and images. Even on mainstream news sites such as USA Today, The Washington Post and The New York Times, white nationalists can troll the comments sections.

Founded by Andrew Breitbart in 2007, Breitbart News has sought to be a conservative outlet that influences both politics and culture. For Breitbart, conservatives didn’t adequately prioritize winning the culture wars — conceding on issues like immigration, multiculturalism and political correctness — which ultimately enabled the political left to dominate the public discourse on these topics.

As he noted in 2011, “politics really is downstream from culture.”

The candidacy of Donald Trump enabled a disparate collection of groups — which included white nationalists — to coalesce around one candidate. But given the movement’s ideological diversity, it would be a serious mischaracterization to label the alt-right as exclusively white nationalist.

Yes, Breitbart News has become popular with white nationalists. But the site has also unapologetically backed Israel. Since its inception, Jews — including Andrew Breitbart, Larry Solov, Alexander Marlow, Joel Pollak, Ben Shapiro and Milo Yiannopoulos — have held leading positions in the organization. In fact, in recent months, Yiannopoulos, a self-described “half Jew” and practicing Catholic — who’s also a flamboyant homosexual with a penchant for black boyfriends — has emerged as the movement’s leading spokesman on college campuses (though he denies the alt-right characterization).

Furthermore, the issues that animate the movement — consternation over immigration, national economic decline and political correctness — existed long before Trump announced his candidacy. As political scientist Francis Fukuyama opined, the real question is not why this brand of populism emerged in 2016, but why it took so long to manifest.

Mobilized for the future?

The success of the Trump campaign demonstrated the potential influence of the alt-right in the coming years. At first blush, Trump’s victory in the Electoral College seems substantial. But his margin of victory in several key states was quite slim. For that reason, support from every quarter he received — including the alt-right — was vitally important.

Anecdotal evidence suggests that they were among his most avid foot soldiers in getting out the vote in both the primaries and general election. Moreover, the Trump campaign provided the opportunity for members of this movement to meet face to face.

Shortly after the election, Richard Spencer said that Trump’s victory was “the first step, the first stage towards identity politics for white people.” To some observers, Bannon’s appointment as Trump’s chief strategist confirms fears that the far-right fringe has penetrated the White House.

But if Trump fails to deliver on his most emphatic campaign promises — such as building the wall — the alt-right might become disillusioned with him, just like the progressives who chastised Barack Obama for continuing to prosecute wars in the Middle East.

Unlike old-school white nationalist movements, the alt-right has endeavored to create a self-sustaining counterculture, which includes a distinct vernacular, memes, symbols and a number of blogs and alternative media outlets.

Now that it has been mobilized and demonstrated its relevance (just look at the number of articles written about the movement, which further publicizes it), the alt-right is likely to grow, gaining a firmer foothold in American politics.

George Michael is a professor of criminal justice at Westfield State University.