Reclaiming Thanksgiving: How I learned to embrace a holiday that represents everything I'm against

Having long associated Thanksgiving with American systemic racism, I had to find my own meaning for the day 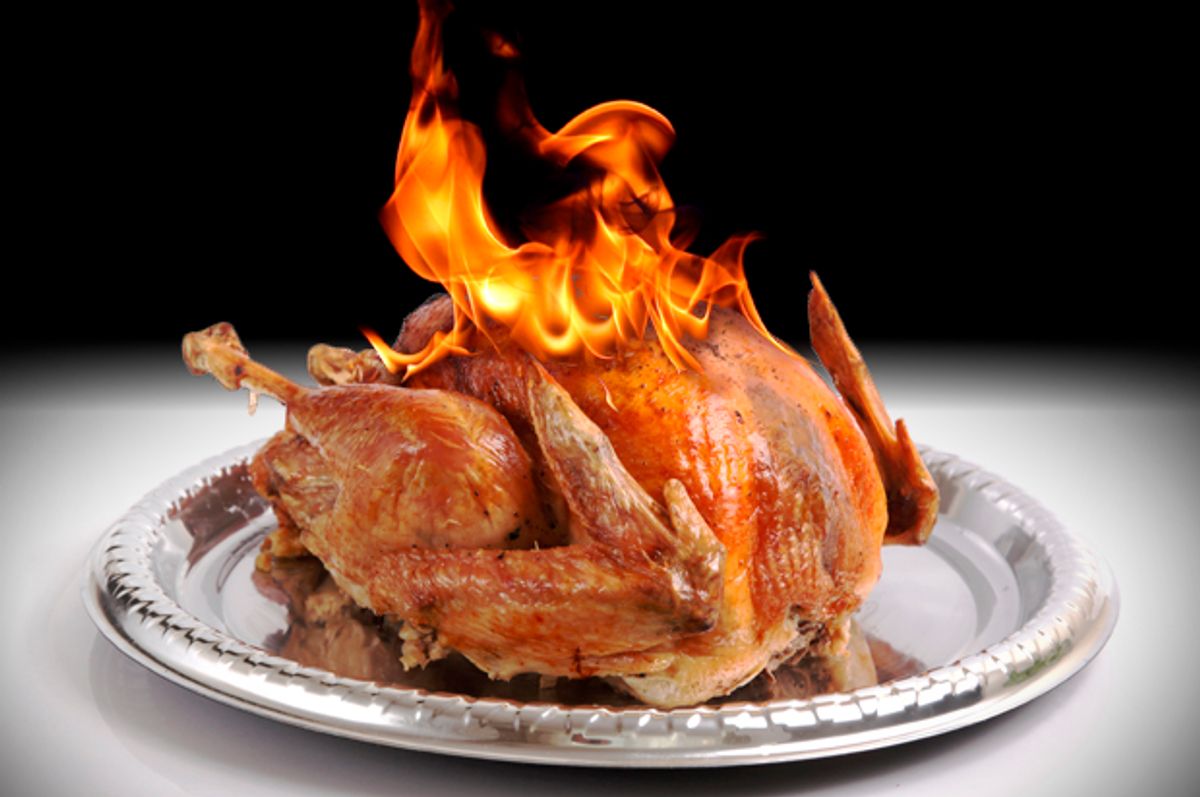 Social context is interesting. A few years back, I had a white coworker who viewed Thanksgiving as a holiday that all Americans should proudly celebrate, even the Native ones. To her, it was more than a time for family and food — it was time for Americans to celebrate the many things we overcame, our resilience, our ability to unite with the indigenous people in the New World and the basic fundamentals that make us the greatest country in the world. To this day, I don’t really know what she was talking about.

See, when you’re black, and raised around all black people, your context isn’t the same as people who’ve had different lived experiences. I’m not saying that all employed white people share the views of this woman I used to work with, or that black people don’t get excited about Thanksgiving day dinner — I have four food stops saved into my phone now — I’m saying that origin of the holiday, unlike the food we’ll consume, leaves a nasty taste, one we can’t ignore.

The rapper Mos Def, now known as Yasiin Bey, breaks that taste down on StopBeingFamous.com:

“Thanksgiving” for native nations in America is like a rape victim receiving a “HAPPY ANNIVERSARY” card from their attacker on the date of the attack. Then, annually seeing their (unpunished) rapist wear a t-shirt commemorating the day of the rape with the caption, “TIME WELL SPENT.”

Then, watching their (unpunished and unrepentant) rapist SELL the t-shirts and other related “commemorative” merchandise ON TELEVISION. From the scene of the rape! Under police protection!

Then, watching those t-shirts and other merchandise completely SELL OUT annually, for generations. Then see that date become a NATIONAL HOLIDAY where people everywhere bid the victim, “HAPPY ANNIVERSARY!!!”

And it’s funny how two people from the same country can see this day in two completely different ways. She approaches it from a place of love and advancement, and I experience the same disgust I associate with slavery, Jim Crow, mass incarceration, stop and frisk and every other form of systemic racism targeted at people of color. But I do live in America, and I have a large family here that eats large quantities of food on this holiday, and I enjoy my time with them­­. So just like African-Americans did with the n-word, I've had to develop my own meaning of Thanksgiving and find ways to use the day to highlight a life of service.

My biggest lesson came to me the day before Thanksgiving back when I was 17, when cell phones didn’t have cameras and usually flipped open. USPS had left a delivery receipt on my door saying that I could come to the post office and pick up my package, even though I was in the house all day waiting for them. To this day, I swear dude never really knocked on my door. I really needed the package, so picking it up wasn’t a big deal. Picking up the package meant that I’d be late picking up my girlfriend who yelled about how important it was for me to pick her up on time into my end of the flip phone. As I paused to make a really important point about how I’m never late and that I really needed this package, my cell phone died — remember, this was back before car chargers were invented. So now I’m mad at the mail guy who didn’t really knock on my door, mad at my girlfriend and mad that my phone died­­, all while squeezing my car into a tight parking spot, which also made me mad. I wiggled out the driver’s side.

A stack of soiled blankets were piled a few feet away in front of the post office’s main entrance A hooded man peeked his head from the garments. “A-yo, help me out. I need some help, yo.”

“Wait until I come out, unk,” I replied. Once I got in, I met the back of a really long line­­. It was like the post office was giving out reparations or something. Twenty minutes later and it was finally my turn. “Hello, this slip was left at my door.”

The postal worker popped her gum and snatched it out of my hand, “You can’t get it 'til tomorrow; come back tomorrow. Have a good day.”

She cut in, “Slip today means package tomorrow; ask me again and I’ll tell you again. Y'all never listen. Have a good day!”

“I hate this place!” I said, balling up the slip. I trash-dunked it and headed towards the door. So now I’m mad that the mail guy didn’t really knock on my door, mad at my girlfriend, mad that my phone died, and­­ mad that the slip said the package was ready, but the lady didn’t even check to see if he brought it back.

I patted my pockets, dug to the bottom and pulled a crumpled $20 out. He wasn’t getting that.

“Man, my fault, I don’t have any change and I’m not getting back in that line,” I said.

There was a fried chicken spot right across the street. I looked at the store, and looked backed at him.

“OK, man, I got you!” I screamed while walking toward the store, thinking my day is already messed up, so I might as well help him.

I turned around before crossing the street. “Yeah, man, what!”

“White meat only!” he yelled. “I don’t do that dark meat shit. Breast, yo, I like breast!”

I told him that he could get it himself, walked back to my car, wiggled in, cranked the ignition and sat there for a few minutes. Then I took a deep breath and looked over at him. He didn’t complain and didn’t beg for whatever I could giv­­e. He just sat still, and rested on his blankets, calm and cool. The man’s actions showed me how f*cked up my own mentality was. As if being mad about not getting my package from the post office and my phone dying in front of the person who has to sleep on the ground wasn’t bad enough, I also didn’t even think that people who were homeless deserved a choice. Why would I think him having a meat preference was a bad thing­­? I like white meat, too. I wiggled back out of my car and brought him a bucket of white meat, some sides, a jumbo iced tea and let him keep the change. He was thankful, but I felt equally thankful for the lesson.

From that day on, I tried to be more considerate: Thanksgiving as a life, not just a holiday. Through my best and worst times, I try to acknowledge the pain of others and be an advocate when I can, whether that means time, money or just an ear. And I try to spend the American holiday performing some type of service and using that time to not only celebrate the blessings I have, but also to share them with other people celebrating their blessings as well. That’s what the day means to me. I’ll never see the holiday through the eyes of my former coworker, nor do I expect her to understand my perspective­­. The common ground is that we are both thankful for something, and that’s a huge step in the right direction.